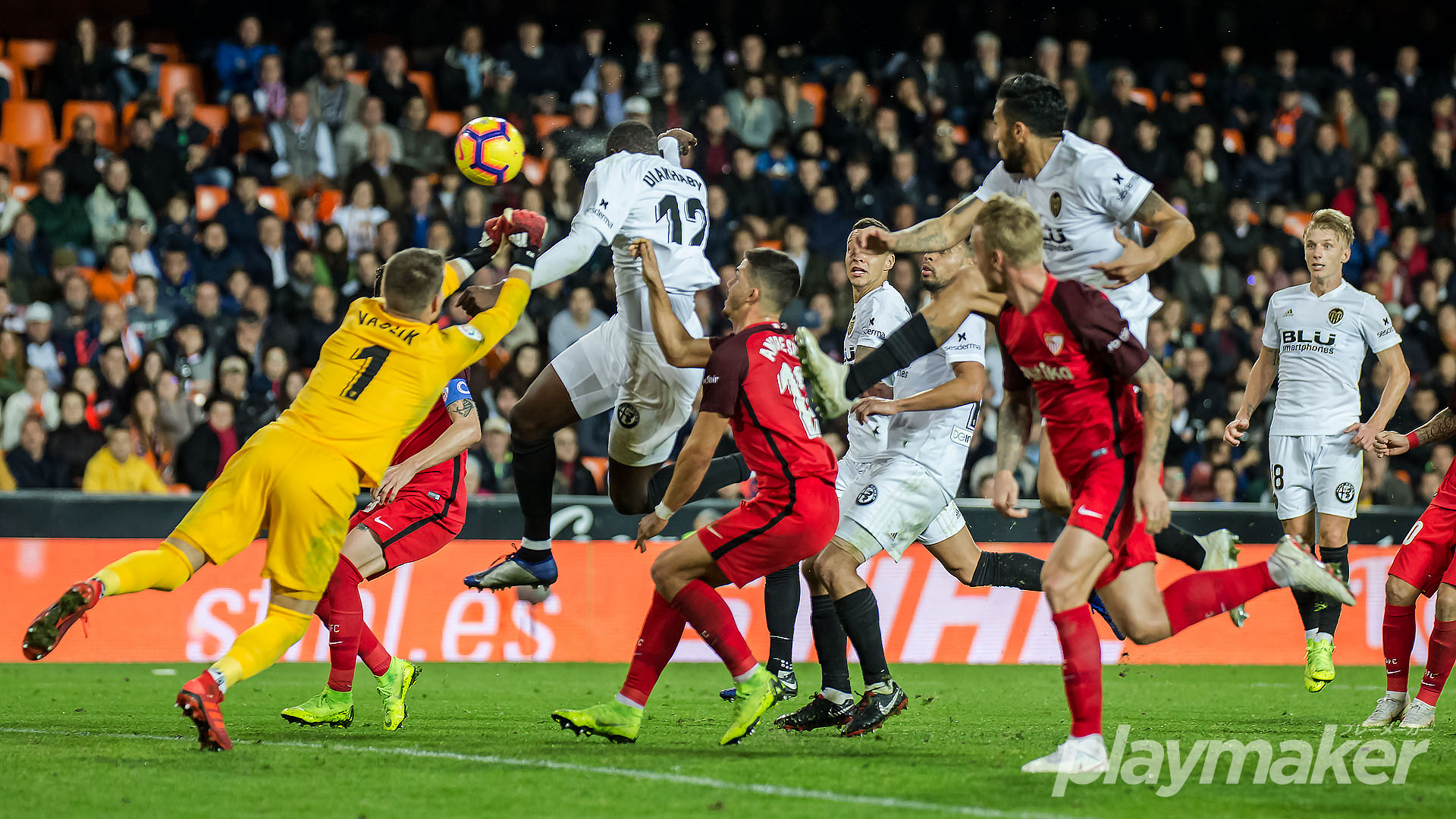 VALENCIA, 2018, DECEMBER 08 – Mouctar Diakhaby was the hero for Valencia CF as he headed a stoppage time equaliser against Sevilla FC in their LaLiga clash at the Mestalla.

Pablo Sarabia’s 55th-minute strike seemed to have sent the Nervionenses to the top of the league, but the draw took them second on 28 points, level with champions FC Barcelona and third-placed Atletico Madrid.

The hosts kicked off the match in strong fashion and had two chances to score off a free kick in the second minute, but Sevilla custodian Tomas Vaclik made a save on a header by Ezequiel Garay and then stopped Santi Mina’s point-blank shot.

Sevilla started to control possession after the early storm but could not break the deadlock.

Over the remainder of an evenly-contested first half, both sides were unable to mount a threat against each other’s goal. 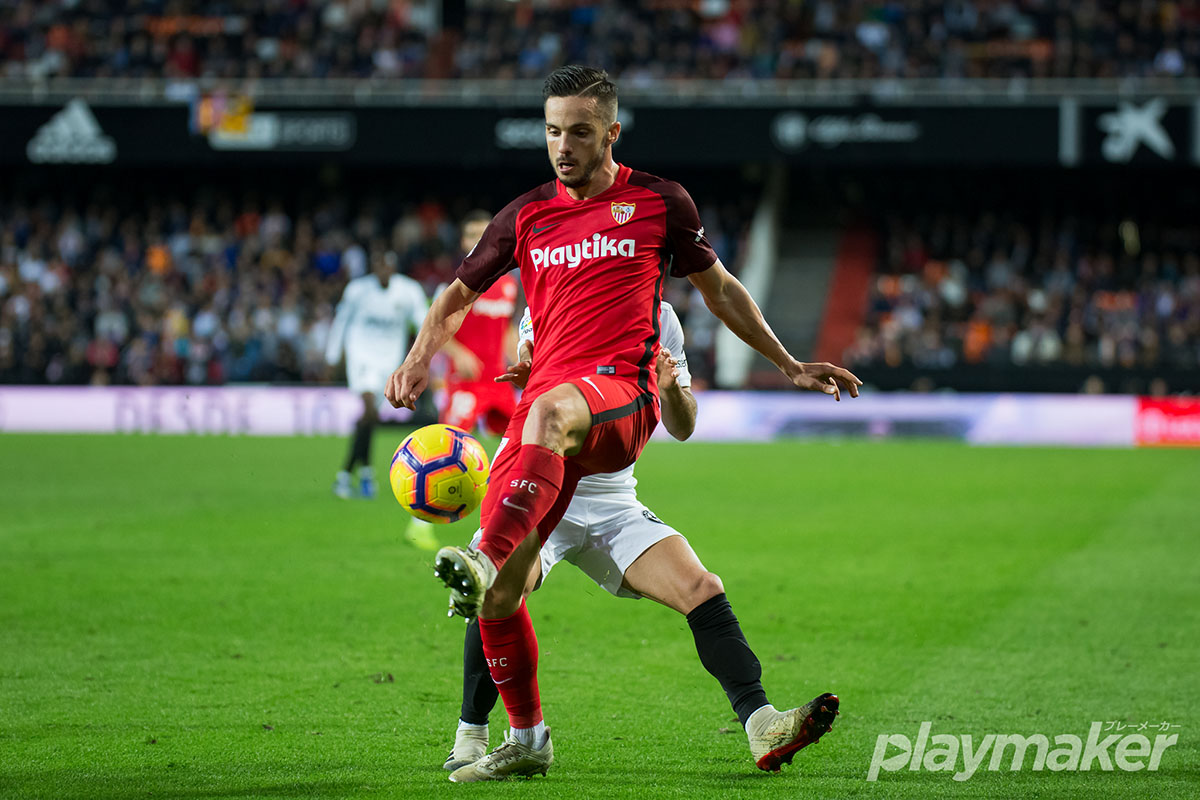 10 minutes after the break, Wissam Ben Yedder’s deflected volley fell into Sarabia’s path as he pounced from near post. The woodwork denied the visitors twice as Éver Banega and André Silva failed to extend the lead. 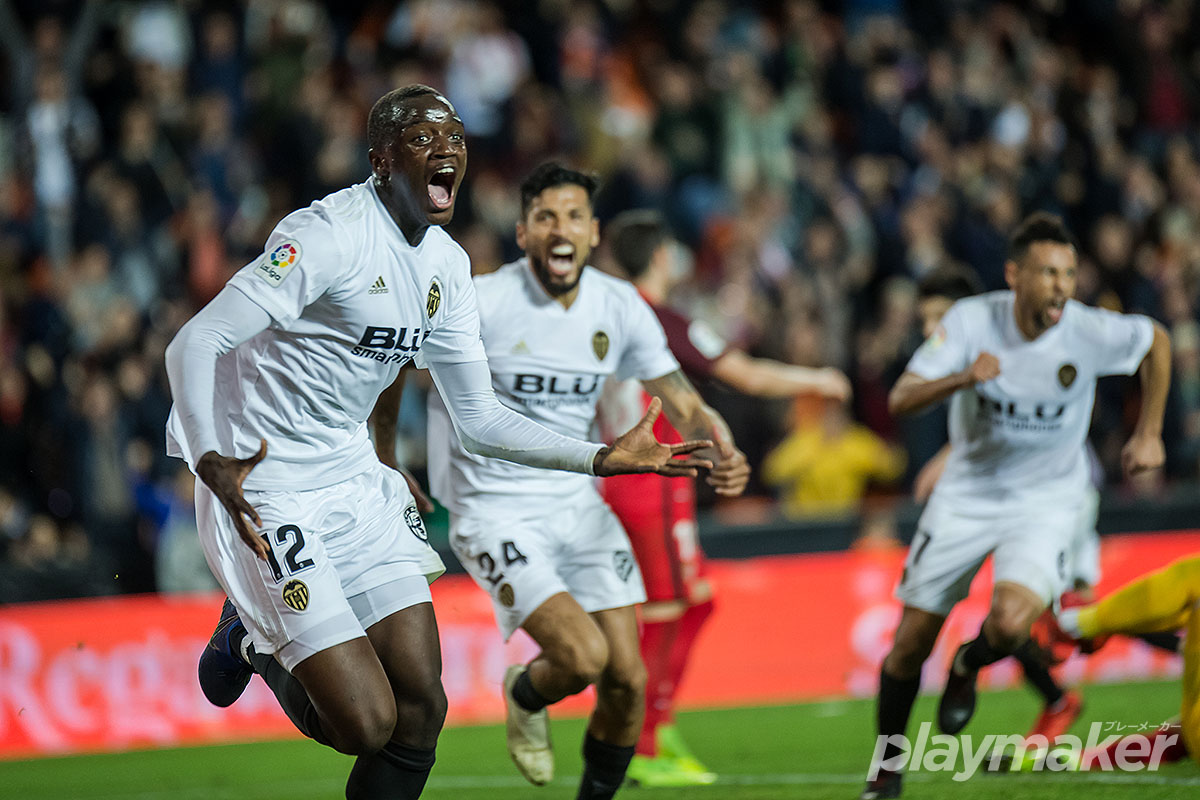 Sevilla paid the price for being wasteful in front of goal when 63rd minute substitute Mouctar Diakhaby connected from a Dani Parejo free kick 2 minutes into injury time to salvage a 1-1 draw.

Valencia sits on 13th place with 18 points, pending results from rest of the match week.