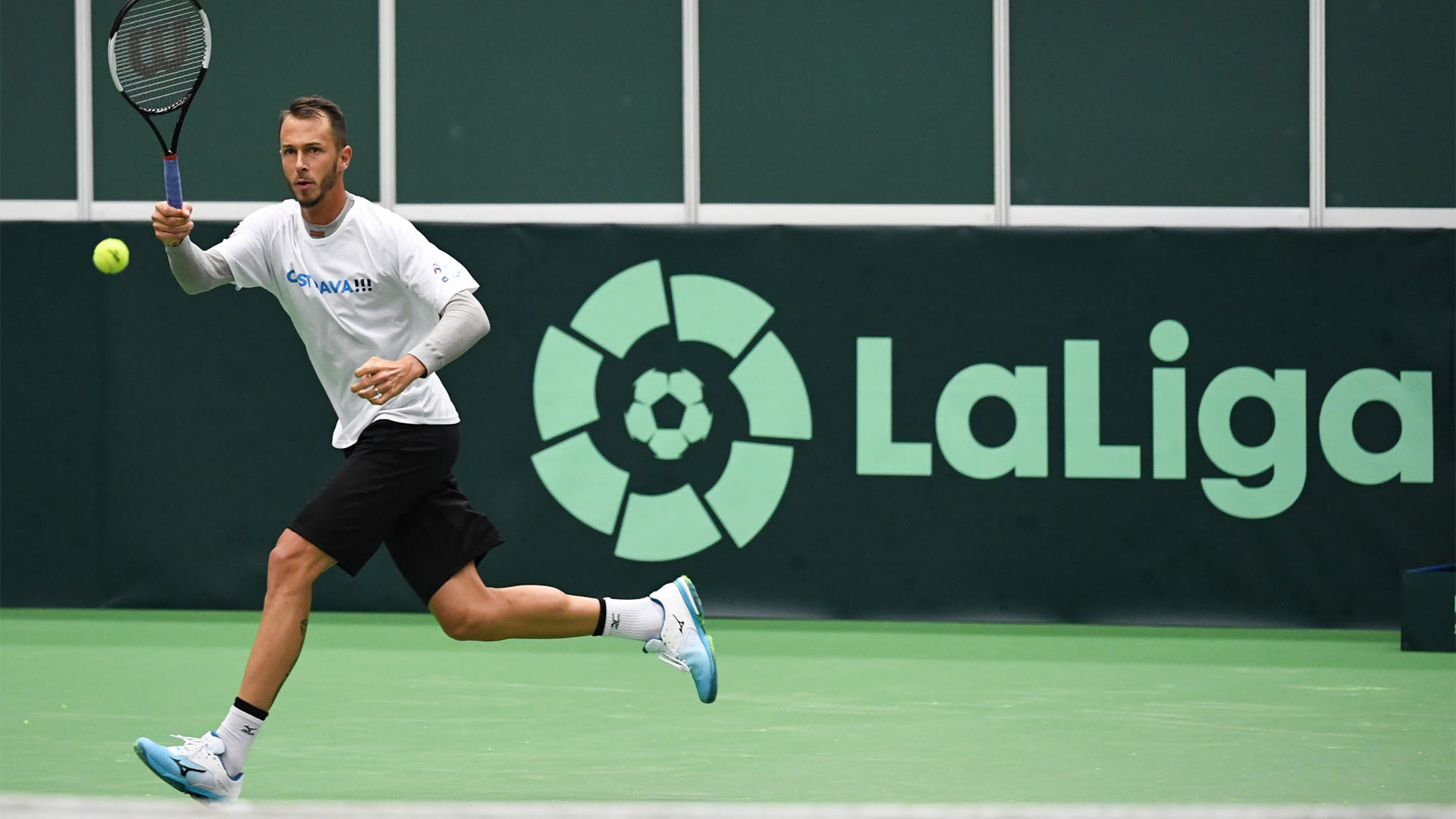 2019, FEBRUARY 01 – The International Tennis Federation (ITF) and Kosmos Tennis today announced an  agreement with LaLiga – according to the IFFHS the best football league in the world – to become an official sponsor of the Davis Cup by BNP Paribas Finals for the next four years.

LaLiga will promote the Davis Cup Finals through their international broadcasts in Europe, Asia, Africa, United States and Latin America. The campaign will air during LaLiga Santander matches scheduled throughout the month of October. Thanks to this agreement, LaLiga and its clubs will increase their global visibility and reach a new audience through tennis fans across the world.

LaLiga is a global reference as a sports and entertainment brand with a reach of 2.7 billion viewers across nearly 200 countries worldwide. Through this deal, the Davis Cup, the largest annual international men’s team tournament, will increase its global audience reaching millions of tennis fans and new audiences of sports enthusiasts. 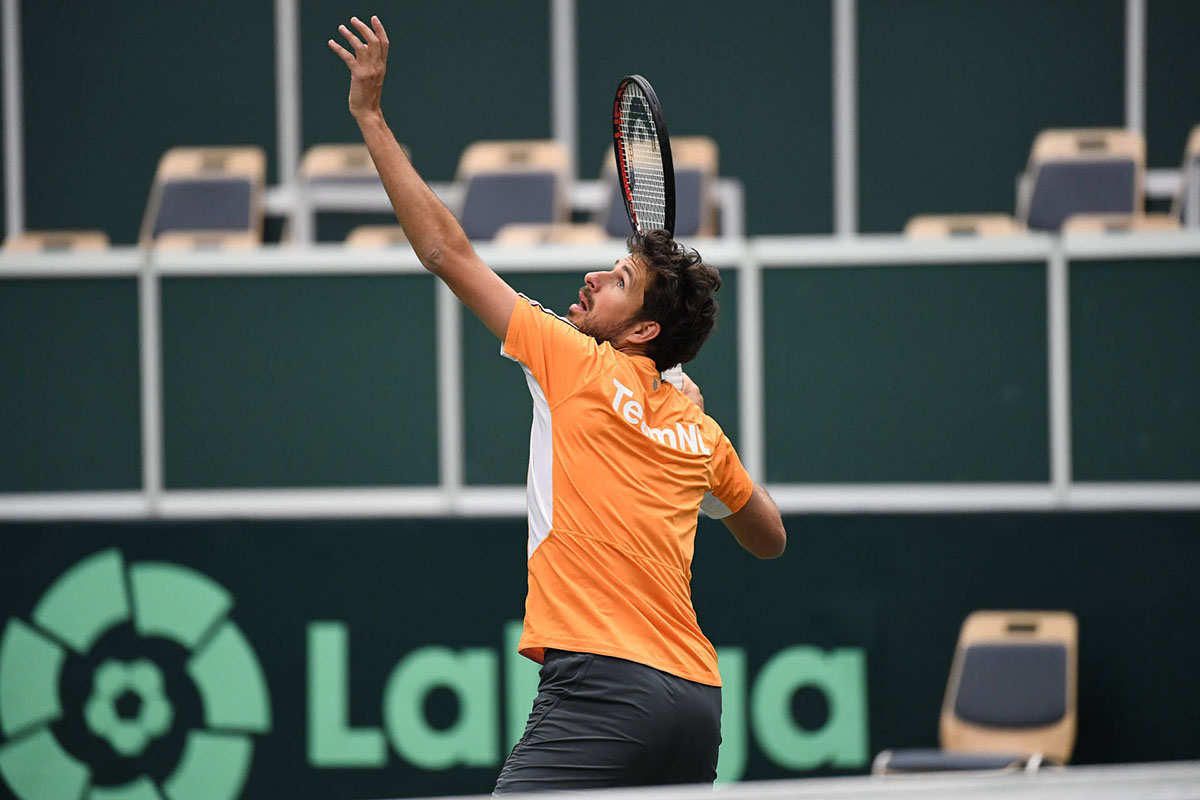 David Haggerty, ITF president commented, “The cross-sport partnership with LaLiga is innovative for the Davis Cup. This will widen our reach to not only tennis fans but other sports enthusiasts. One of our strategic initiatives is to grow tennis and this allows us to reach as many more fans in new and diverse ways.”

Javier Alonso, CEO Kosmos Tennis said, “We are excited by the partnership with LaLiga and the immense potential of innovative marketing and sponsorship models that LaLiga has already implemented. By combining the reach of LaLiga with that of the Davis Cup, we will connect the global tennis and football communities and engage with millions of sports fans worldwide.”

Oscar Mayo, International Business Development Director at LaLiga, said: “LaLiga is pleased to partner with Kosmos Tennis as it represents a great opportunity to link our brand and those of our clubs with a worldwide sport and entertainment icon. The fact that Spain, our home market, will host the first two editions of the Davis Cup Finals and, that other strategic markets for us are being considered to host future editions, have been key in our decision to go ahead with this sponsorship agreement.”

Additionally, in this first edition, LaLiga will also be official sponsor in the Davis Cup by BNP Paribas Qualifiers in which 24 countries will compete Friday 1st and Saturday 2nd February around the world with the goal of winning a place in the Davis Cup by BNP Paribas Madrid Finals. The 12 winners will join the 6 nations already qualified to compete in Madrid in November: Croatia, France, United States, Spain, Argentina and Great Britain.

The best 18 nations in the world will form the final line-up to compete from November 18th to 24th at the “Caja Mágica” stadium in Madrid, Spain.

The Davis Cup Finals competition begins with a group stage comprising 18 teams competing in six groups of three nations, playing three – 2 singles, 1 doubles – 3-set tiebreak matches. The six group winners plus the two second-placed teams with the best records – based on sets and games won – will qualify for the quarter-finals. The Davis Cup World Champions will be crowned after the completion of this knockout phase.

The Finals draw ceremony will take place on February 14th live from Madrid. The livestream can be viewed at www.daviscupfinals.com

About LaLiga
Founded in 1984, LaLiga (Liga Nacional de Fútbol Profesional) is a sports association comprising the 42 teams that make up the first and second divisions of professional football in Spain. LaLiga, based in Madrid, is responsible for the LaLiga Santander and LaLiga 123 leagues and the television production, which in the 2017/2018 season reached more than 2.7 billion people globally. The association also has an active foundation and is the world’s first professional football league with a league for intellectually challenged footballers: LaLiga Genuine.

About Davis Cup
Davis Cup by BNP Paribas is the World Cup of Tennis. It is the largest annual international team competition in sport, with 133 nations entered in 2019. The competition is 119 years old, having been founded in 1900. From this year, the competition will see 18 countries and the world’s best players compete in a week long season finale to be crowned Davis Cup champions. The first edition of the new format event will be held in Madrid from 18-24 November hosted at the iconic La Caja Magica. The 12 winning teams from February Qualifiers are joining the 2018 semifinalists plus two wild card teams in the 18-countries Davis Cup season finale.