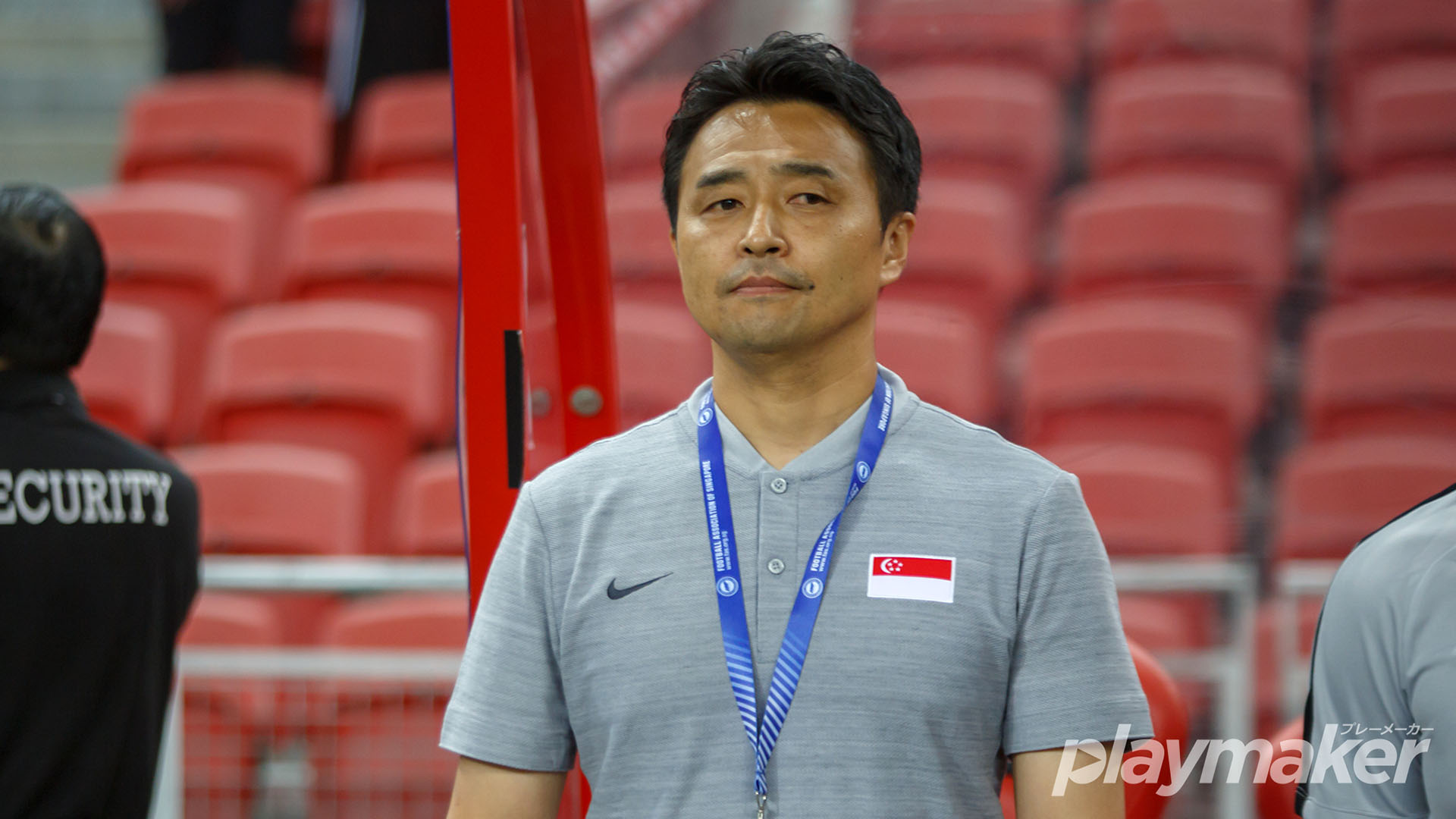 SINGAPORE, 2021, FEBRUARY 05 – The Football Association of Singapore (FAS) is pleased to announce that Tatsuma Yoshida will continue to serve as Men’s National Team Coach until December 2022.

Tatsuma, 46, was appointed to the role on 1 June 2019 and has since instilled an attractive, offensive style of play that has earned plaudits from both players and supporters. It is the Japanese coach’s first National Team coaching role, having previously taken charge at club level in Japan’s top flight.

“I feel the same as I did two years ago when I took this position on – very fresh and with the same motivation to work with my boys, colleagues, the fans and the FAS,” Tatsuma said.

“2020 was not a normal year as the World Cup qualifiers were postponed and we could not play any international games. I was disappointed about that but after having extensive discussions with the FAS as well as my family, it was an easy decision for me to continue this project in Singapore because I believe we can still improve and are on our way to becoming a better team. I feel very happy to continue as National Team Coach, and it is a very important and exciting experience.”

Since helming the Lions, Tatsuma has taken charge of nine matches – four friendlies and five World Cup qualifiers. The Lions won one and drew one of the friendlies, while encouraging performances in the FIFA World Cup Qatar 2022™ and Asian Football Confederation (AFC) Asian Cup 2023 Preliminary Joint Qualification Round 2 campaign saw them notch up two victories and a draw from the qualifiers. Despite being the lowest-ranked side by FIFA in Group D, Singapore have taken seven points in a group that contains 2018 World Cup side Saudi Arabia, Asian powerhouse Uzbekistan, Yemen and Palestine – securing a win against each of the latter two teams.

During his time in charge so far, Tatsuma has given seven players their maiden call-ups and handed debuts to four of them. Recalls have also been handed to those who have been in good form, while players who have impressed in the Singapore Premier League (SPL) are also involved in local-based National Team training sessions, as Tatsuma has indicated that he will consider anyone for the Lions if they are deserving.

Tatsuma is keen to acknowledge the support he has received so far, saying: “I am totally satisfied, and I feel happy because of my boys and colleagues as they trust me and follow me. It must have been a little difficult at the start because I was a newcomer from Japan, but the first two games (friendlies against the Solomon Islands and Myanmar) were crucial and they managed to understand my philosophy and personality, while I also understood their character and Singapore football better.

“I was also moved when FAS President, Mr Lim Kia Tong and FAS General Secretary, Mr Yazeen Buhari, said that they and the FAS EXCO want me to continue this project with the team; I could feel their motivation and sincerity.

“Furthermore, I am very grateful to our supporters, and I appreciate them and thank them. Against Palestine, if we did not have their support, we would not have got the win. It is very important for them to support us, whether home or away, as Singapore football is on our way to go to the next level. It will not be easy and sometimes we will not show good performances, but we still need the support in every match, as well as in the SPL.

“We always want to show our attacking style and my boys want to play the same way, but most importantly, we have to always play for a win.”

Lions captain Hariss Harun said: “The team has enjoyed working under Coach Tatsuma since he took charge and the progress that we have made has been clear for everyone to see. The players have benefitted from his methods and beliefs and improved under his guidance. Coach Tatsuma is also very approachable and, together with the rest of the backroom staff, has helped to foster a strong team spirit. We are very happy to know that he will continue to lead us and look forward to improving further as we prepare for the international matches in 2021.”

FAS President, Mr Lim Kia Tong, added: “We are delighted that Tatsuma has agreed to extend his contract and stay on to lead the Lions. The team has demonstrated a marked improvement in terms of both playing style and results under his charge, which has given everyone the belief that we can become more competitive on the international stage in future.

“Tatsuma is also very much well-liked by his colleagues, club coaches and the players; he is always willing to share his expertise, and is an excellent ambassador for the FAS.

“I would also like to express our gratitude to Mr Kohzo Tashima, President of Japan Football Association, for recommending Tatsuma in 2018 and this time for supporting and playing a part in the renewal of his contract.”

Tatsuma is set to lead the Lions through the remainder of the World Cup qualifiers when they are slated to resume in March, although the schedule is pending confirmation. He will also take the Lions through the next AFF Suzuki Cup, which was rescheduled from last year to December this year, due to the COVID-19 pandemic.