SINGAPORE, 2018, AUGUST 03 – Singapore U-19 player Saifullah Akbar (19) has been selected by three Spanish Clubs- C.D Tenerife, U.D Las Palmas and Girona FC – for professional trials on August 7. Saifullah had gone on trial with FC Metz previously, and at aged 16, he was offered a contract by Newcastle Jets, but was unable to transfer there due to FIFA’s rules on youth contracts.

Said Saifullah, “I feel privileged to be able to go on trial at CD Tenerife, a highly-respected club in Spain, and will do my best to make Singapore proud. I would like to thank LaLiga and Sports Traveller for their support, and also Football Association of Singapore (FAS) for releasing me to go on this trial.”

The trial was arranged directly with the clubs by Saifullah’s father, Akbar Nawas, Head Coach of Chennai City and formerly from Tampines Rovers, along with agent Ash Hashim. “We have worked together with the technical teams from the Spanish clubs, and they were very impressed by Saifullah’s professionalism and technical abilities. A player like Saifullah is a promising one for Singapore football, and he has worked hard to earn the opportunity to trial in Spain. We believe that Saifullah’s experience in Spain will be an overall positive one”, said Hashim. 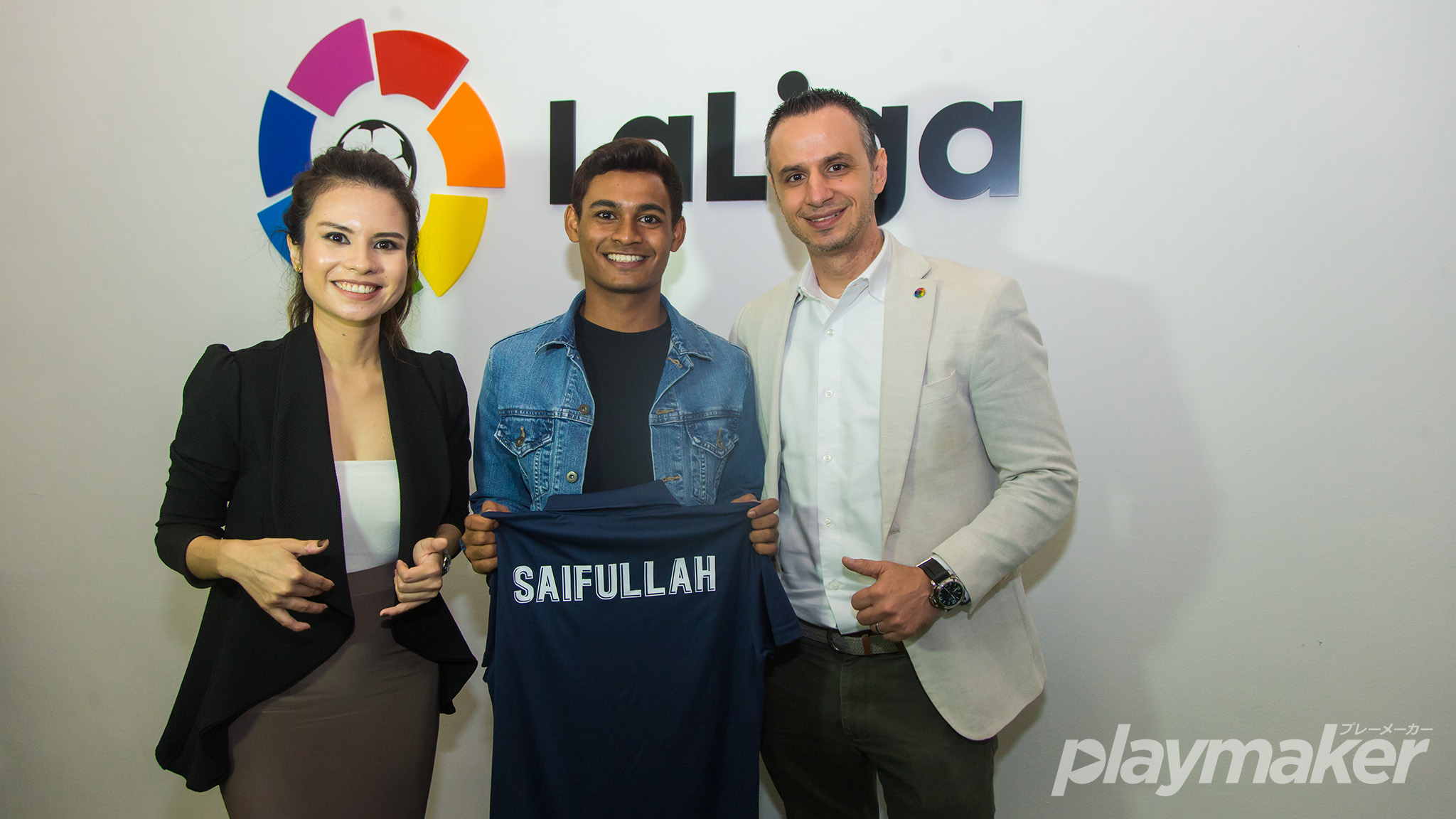 Saifullah and his father had their sights set on Europe since the very beginning, and it was always Saifullah’s dream to emulate his favourite player Andreas Iniesta and play in LaLiga. Similar in stature at 1.67m, Saifullah’s strengths are his vision, speed and creativity.

Saifullah Akbar was previously at Tampines Rovers in Singapore, and he also played for the Singapore National Team at U-21 Level. Saifullah is currently playing for the national U-23s.

Ivan Codina, Managing Director of the Regional Office in Singapore said, “We are pleased that a Singaporean talent has this opportunity to trial with LaLiga in Spain, and we hope that more footballers in the region will be able to showcase their talents and skills in Spain.”