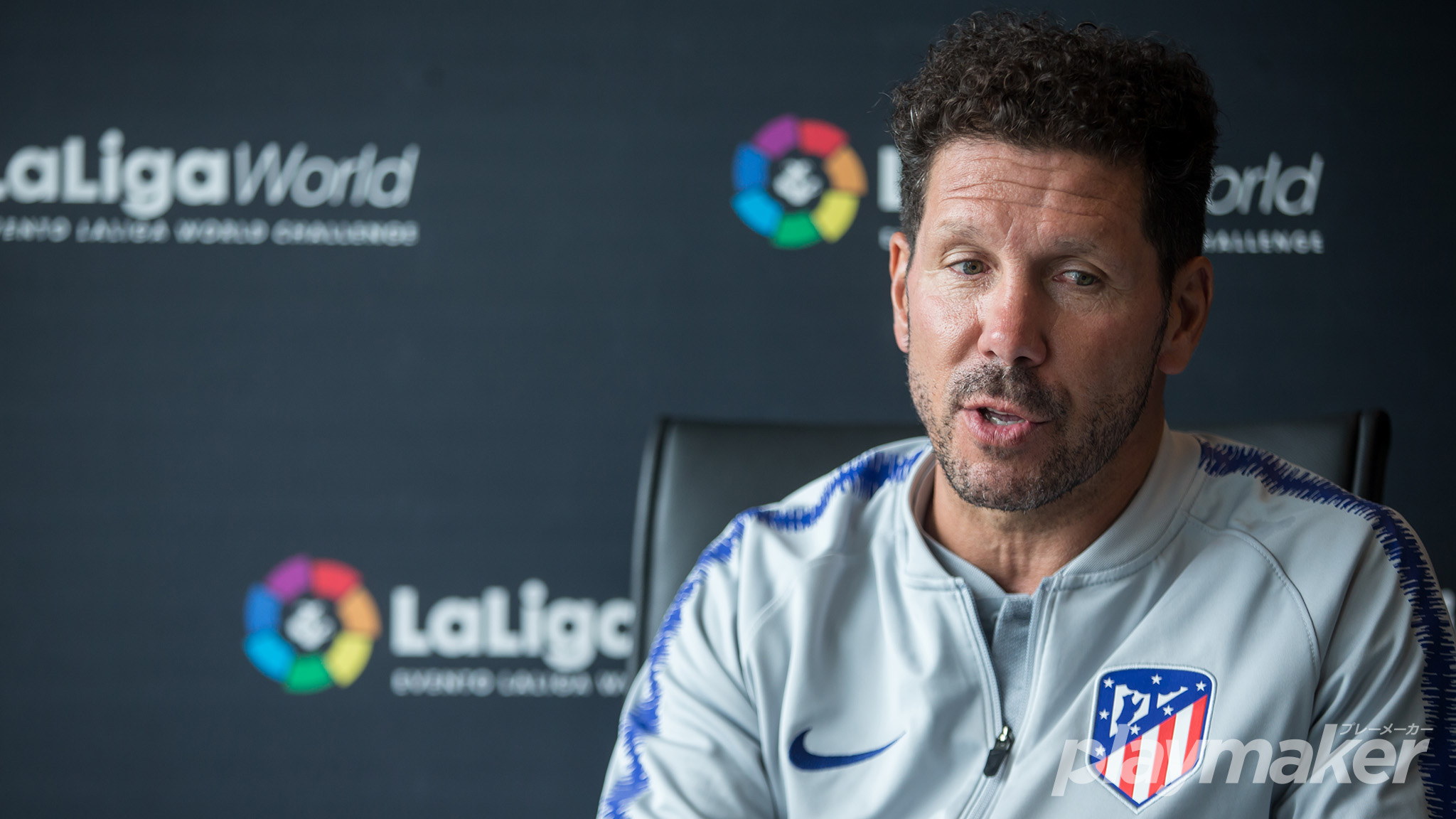 Atletico de Madrid’s coach talked about the upcoming season and the challenges that his team will face after finishing runner-up and as a Europa League’s champion last year.

SINGAPORE, 2018, JULY 28 – Diego Pablo Simeone, Atletico de Madrid‘s coach, considered the Video Assistant Referee (VAR), which will be used for the first time in the new LaLiga season, “will damage more the big teams”, during a Q&A session with LaLiga World in Singapore, where the team is playing the International Champions Cup against Arsenal and Paris Saint-Germain (PSG).

LaLigaWorld: After winning the last Europa League and being runners-up in LaLiga, what’s next for Atletico de Madrid?

Simeone: “We always need to improve what we did in the previous season. We cannot think on just winning titles, because that depends on many factors during the whole season and we are not like this. We believe in our daily work and play one match before start thinking on the next one; this way we have achieved great results and this is the way we are, no matter if we are playing friendlies, King’s Cup, Supercups, Europa League, Champions League, LaLiga… The only thing we can do is to compete as good as we can and our biggest motivation is to carry Atletico’s name everywhere we go and doing it in the best possible way”.

LLW: You have been able to keep some important players in your squad and this year, once the ban on signing players has been lifted, will you make any tactical changes in the team or will it follow the same style than the last season?

S: “As you mention, the last season, due to that ban, was complicated for us and the players who were already in the squad had to make an extra effort to reach the goals we set. However, since January, when Vittolo came and, specially, with Costa‘s arrival we glimpsed the real level that our team could offer. Besides, once we knew Oblak and Griezmann would keep playing with us, together with Costa’s efforts for joining us, then we came up with a solid squad. All these names, with others like Saul, Koke, Godin, Juanfran or Filipe Luis and the young ones like Correa, Lucas, Thomas or the new players generate enthusiasm among the fans and here in the club. In any case, I don’t like to pay too much attention to the names, because that’s the easy way; it looks like if you have great names then you have a great squad and that’s not true. You need a team, if you have some great talent then it will be better but what you really want for your team is to have people who work and give their best”.

LLW: Currently, among the coaches of the big European clubs, you are the one who has been for a longer period of time on the same bench. How can Simeone keep evolving and improving his work from the previous seasons?

S:”As a coach I have to reinvent myself every day. I usually don’t like to look at what we have done and I prefer to get focus on what we can do in the future. I try to improve myself, get surrounded by people who challenge me and make me think twice my decisions, they are a team that allows you to open your mind to new ideas, which will often lead you to improve. About why we stay for such a long time in the club, there is no other reason than the players. Some of them are still with us since the very beginning and that helps us to integrate the new players into the philosophy of the club. If you look at the matches, that is just a reflection of what you can see on the training ground. I have to say that we have been very lucky because we have found people who have helped us to become the team we are today while keeping the illusion for the future”.

LLW: You start the new season of LaLiga against Valencia. Besides, this year LaLiga will use, for the first time, its asymmetrical calendar. What do you think about your first match day and about this new calendar; do you think it will bring a more thrilling end of the tournament?

S: “I think we will play the most complicated match of the first match day. Valencia CF is a very good team, they showed a great level during the last season and they have one of the best coaches in LaLiga Santander, so we can expect they will be one of the teams to beat during the next season. About the new calendar, I think we just can wait. We are all looking forward to seeing how this new idea works because, for sure, it will have both advantages and drawbacks”.

LLW: Another new thing we will have during the next season will be the VAR. We could see it in action during the World Cup and, in general, the feedback from fans, players and referees was good. How do you think it will affect to the matches in LaLiga?

S: “Whatever it helps to be fairer is always welcome and I think it will ‘damage’ more the big teams than to the small ones because sometimes, if there is one particular action in which the referee has doubts, the final decision will often benefit the big team. But now, with the VAR, they will have to stop, watch it again and then take the right decision”.

LLW: Let’s talk now about your son, Giovanni Simeone. He has been one of the most outstanding young players both with Genoa and Florentina. As a coach, and also as a father, how do you see his progress and do you think he could get a place in your team in the future?

S: “We are very different as a player. From the coach side, I think he is improving and becoming better season after season. As a father, I am proud of what he is achieving and, of course, I would like to have him in my team but not yet. Sometimes, for a player is not easy to get like this into one club and I think he still need to keep learning and improving to become a great player”.