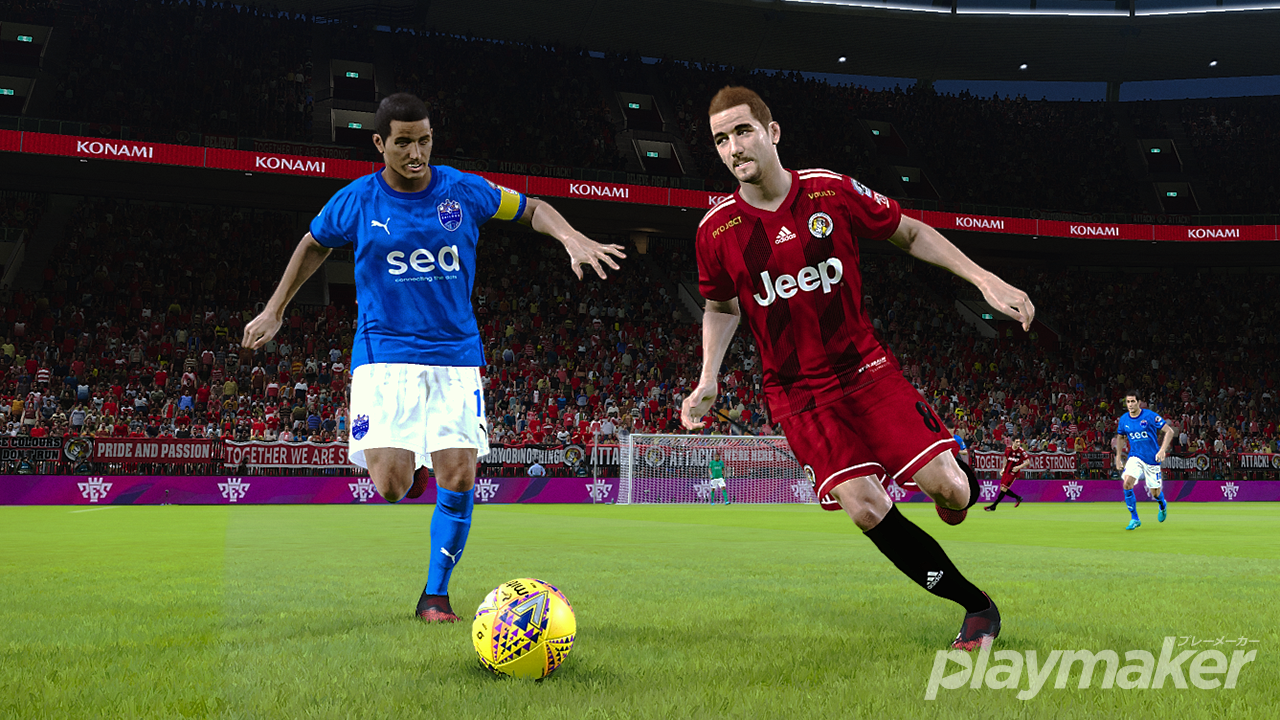 SINGAPORE, 2020, JULY 04 – The Singapore Premier League (SPL) is set to welcome the inaugural edition of its own football video game tournament, premiering on 11 July. Officially termed as the eSPL, this initiative will see the Football Association of Singapore (FAS) partnering Redd+E Sports, Zenway Productions and The Gym for the organisation of the tournament. The eSPL is a pilot project that is part of the league’s larger strategy to expand the domestic game into the esports arena.

Featuring all eight Singapore based teams from the SPL, two representative players from each club will pit their skills in the video game eFootball Pro Evolution Soccer (eFootball PES) 2020. While the concept of football players taking on each other in esports tournaments is not uncommon, the eSPL will be unique in terms of its aesthetics. Using the game’s built-in editing mode, the eSPL tournament has been customised to feature all eight participating teams dressed in their actual team jerseys and with the players and officials represented accordingly.

The eight teams will be split up into two groups of four and compete in a single round robin format where both players from each team contest the other teams in their group. The top two teams in each group will then progress to the semi-finals, which will be played in a home and away two-legged knockout format. The Grand Final will then be contested in a Best-of- Five series.

Based on the draw conducted today, the teams have been split into the following groups as shown in the table below. 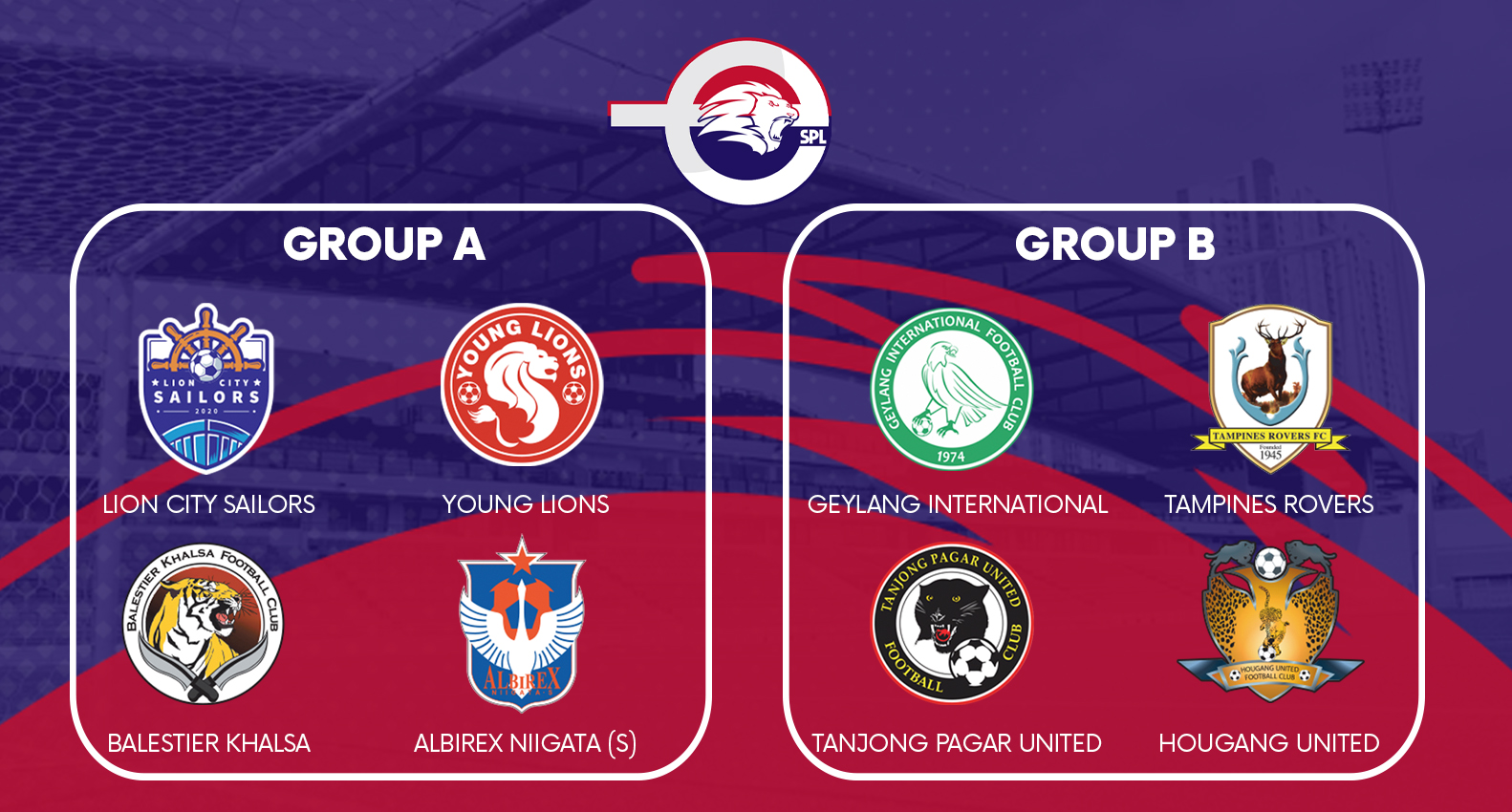 Speaking at the tournament draw, FAS Director of Commercial and Marketing, Jonathan Wong said, “With COVID-19 having curtailed our plans for the 25th anniversary season, the introduction of the eSPL is a timely one which will allow football fans to catch some sporting action featuring players from our SPL while waiting for the resumption of the league. Great effort has been put into localising the look of the teams so that SPL fans can have a stronger sense of association to their favourite teams when watching the games.

“Today’s football fans, particularly the youth, are also avid gamers as they translate their love for the game on the grass pitch to the virtual arena. By introducing the eSPL tournament, we want to provide another avenue to reach out to a younger generation who have keen interest in both football and eSports. This also ties in with our overarching strategy to extend the reach of SPL beyond physical football alone, as we look to officially introduce e-tournaments in the future.”

On the eSPL collaboration, the Co-founder and Managing Director of Redd+E, Yip Ren Kai said, “As local boys, we are always looking at ideas to value add to the sports communities in Singapore, especially during this COVID-19 pandemic. We are delighted to partner the FAS in this initiative to bring the SPL closer to the fans through esports. Coupled with the ability to replicate the SPL teams’ outfits on PES and to get footballers to represent their respective clubs in this tournament, we hope that it will bring existing fans closer to the clubs and also to interest new fans in the SPL.”

Nur Raudhah Binte Kamis, one of the participating Women’s National Team players, expressed her excitement at taking part in the inaugural eSPL. She said, “I feel that the eSPL is a good initiative as it allows football players like ourselves to come together outside of the actual sport itself. Furthermore, with our football season currently on hold, the eSPL gives us an opportunity to continue engaging with fans in a safe manner and also to stay connected to the sport we love. I am definitely looking forward to getting together with my fellow teammates and to compete against each other in the e-sports arena this time!” 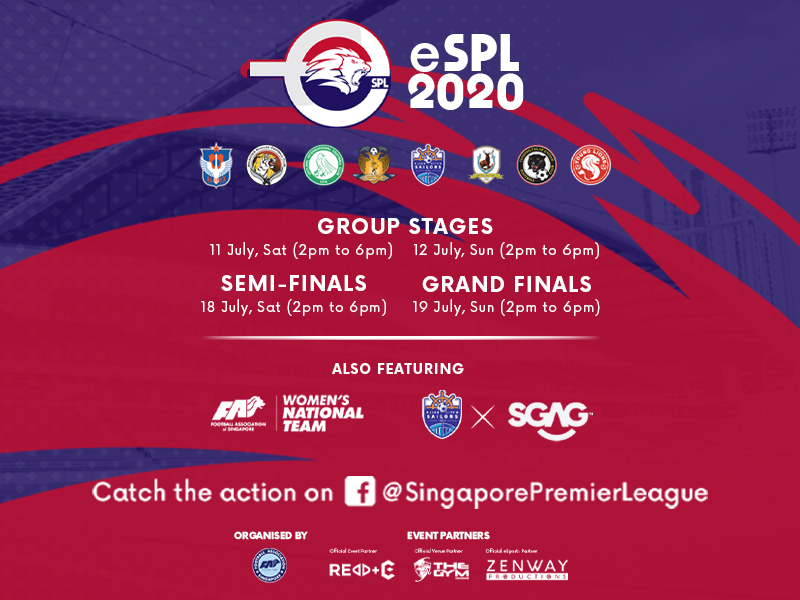