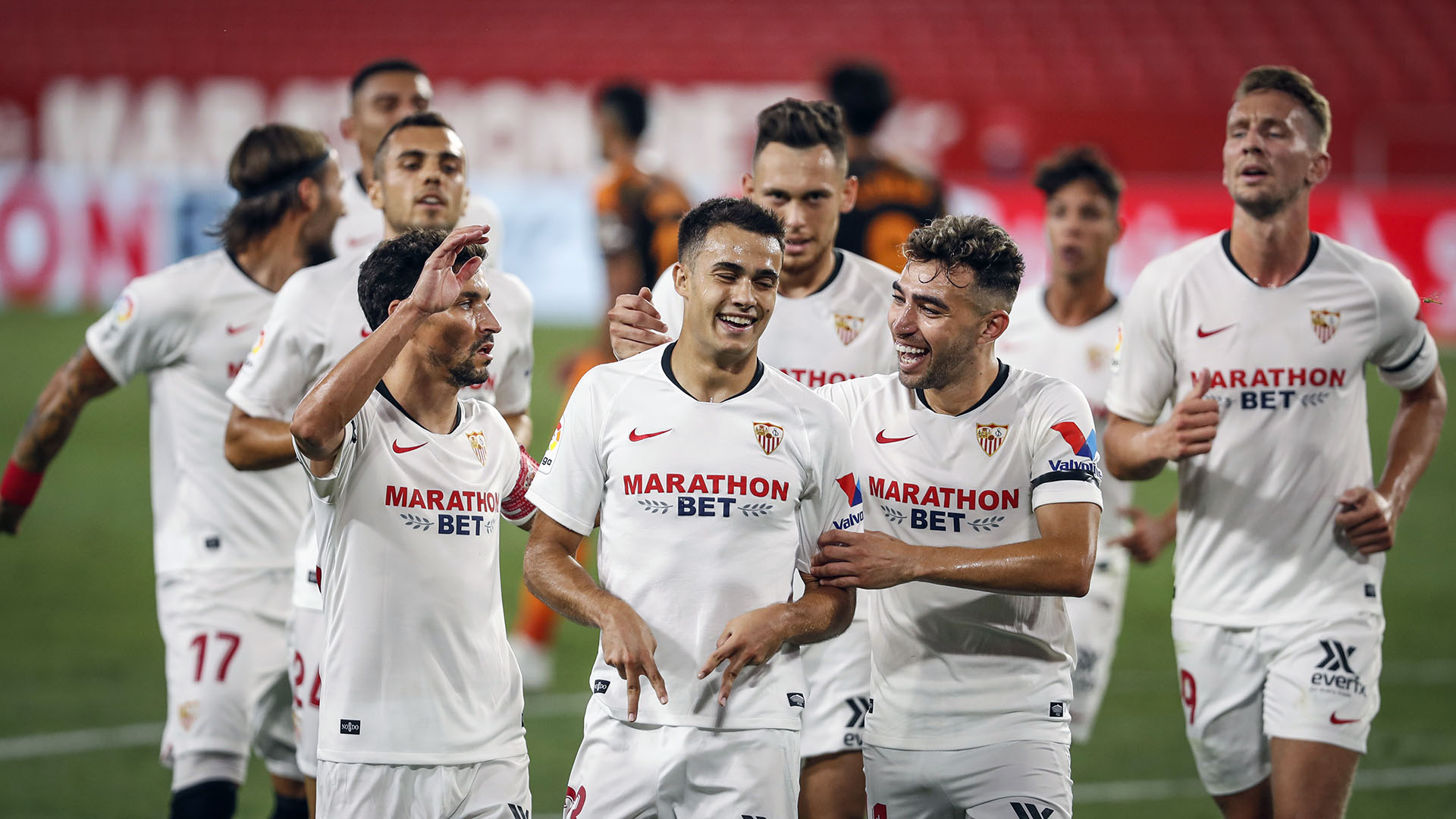 The LaLiga Santander side led by Julen Lopetegui go into Friday’s final keen to add to their already record tally of five Europa League titles.

The Europa League trophy is the heaviest of all UEFA silverware, weighing in at a sturdy 15kg… something Sevilla FC know all too well. They’ve lifted it five times, more than any other club in history: back-to-back in 2006 and 2007 back when the tournament was known as the UEFA Cup, and a ‘three-peat’ in 2014, 2015 and 2016. This Friday night in cologne, the Nervionenses are going all out for number six.

It won’t be easy though, going up against a talented Inter Milan side featuring stars such as Lautaro Martínez, Romelu Lukaku and Diego Godín. The Italians know what it’s like to win this title too, having won it three times (1991, 1994 and 1998). In fact, only Sevilla have won it on more occasions.

Both sides are in excellent form, with Sevilla undefeated since the coronavirus pause by winning nine and drawing five of their 14 fixtures since action resumed and with Inter Milan having lost just once since the restart, picking up 11 wins and five draws along the way. This saw Inter Milan finish second in Serie A, while Sevilla also secured Champions League football for next year by finishing fourth in the final LaLiga Santander standings behind Real Madrid CF, FC Barcelona and Atlético de Madrid.

Sevilla’s defence has been key to their strong finish to the domestic season and their run to the Europa League final, conceding just once since the continental restart: a penalty in their 2-1 semi-final win over Manchester United. Much credit should go to Moroccan goalkeeper Bono – Sevilla’s keeper in cup competitions this season – and centre-backs Diego Carlo and Jules Koundé. In addition, coach Julen Lopetegui has, since arriving last summer, installed a possession-based system at the club, helping to keep the ball away from their opponents’ most dangerous forwards.

Lopetegui’s side can attack too, with their full-backs Jesús Navas and Sergio Reguilón always looking to get forward. In central midfield, Éver Banega is the creative force and he’ll be keen to make an impact in what will be his final game for the club.

A concern for Sevilla, though, is that their top scorer Lucas Ocampos – who has 17 goals this campaign – is an injury doubt for Friday’s match after suffering a knock in the semi-final. Everyone around Sevilla will be hoping the dynamic Argentine can recover in time and add to what has been a spectacular debut season in LaLiga.

Inter Milan are similarly strong in defence and have also conceded just a single goal since the competition’s restart, coming in their 2-1 quarter-final win over Bayer Leverkusen before they dispatched Shakhtar Donetsk 5-0 in the semi-final. Coach Antonio Conte has created a solid back three, one which features a familiar foe for Sevilla in the form of former Villarreal and Atlético de Madrid centre-back Diego Godín, a man LaLiga fans around the world know very well.

The match-ups to look out for:

Lukaku vs Carlos and Koundé is set to be an epic matchup. The Belgian has terrorised defenders all season long, especially in this tournament, but he may not have come up against a pairing as solid as the Sevilla duo yet.

Ashley Young vs Jesús Navas should be another treat for spectators, and a hark back to the Manchester derby rivalry which both players starred in for so many years. Former United mainstay Young should line up as Inter Milan’s left-wing-back, while Sevilla captain and former City man Navas has evolved into a right-back in recent years, a veteran who can defend and attack in equal measure.

Stefan de Vrij vs Luuk de Jong is yet another match-up to keep an eye on. De Jong scored the Sevilla winner in the semi-final and, even if he might not start the final, he is expected to feature at some point and will be closely marshalled by Inter Milan centre-back De Vrij. There’s extra spice given that these two players are both from the Netherlands and have played for the Dutch national team together.