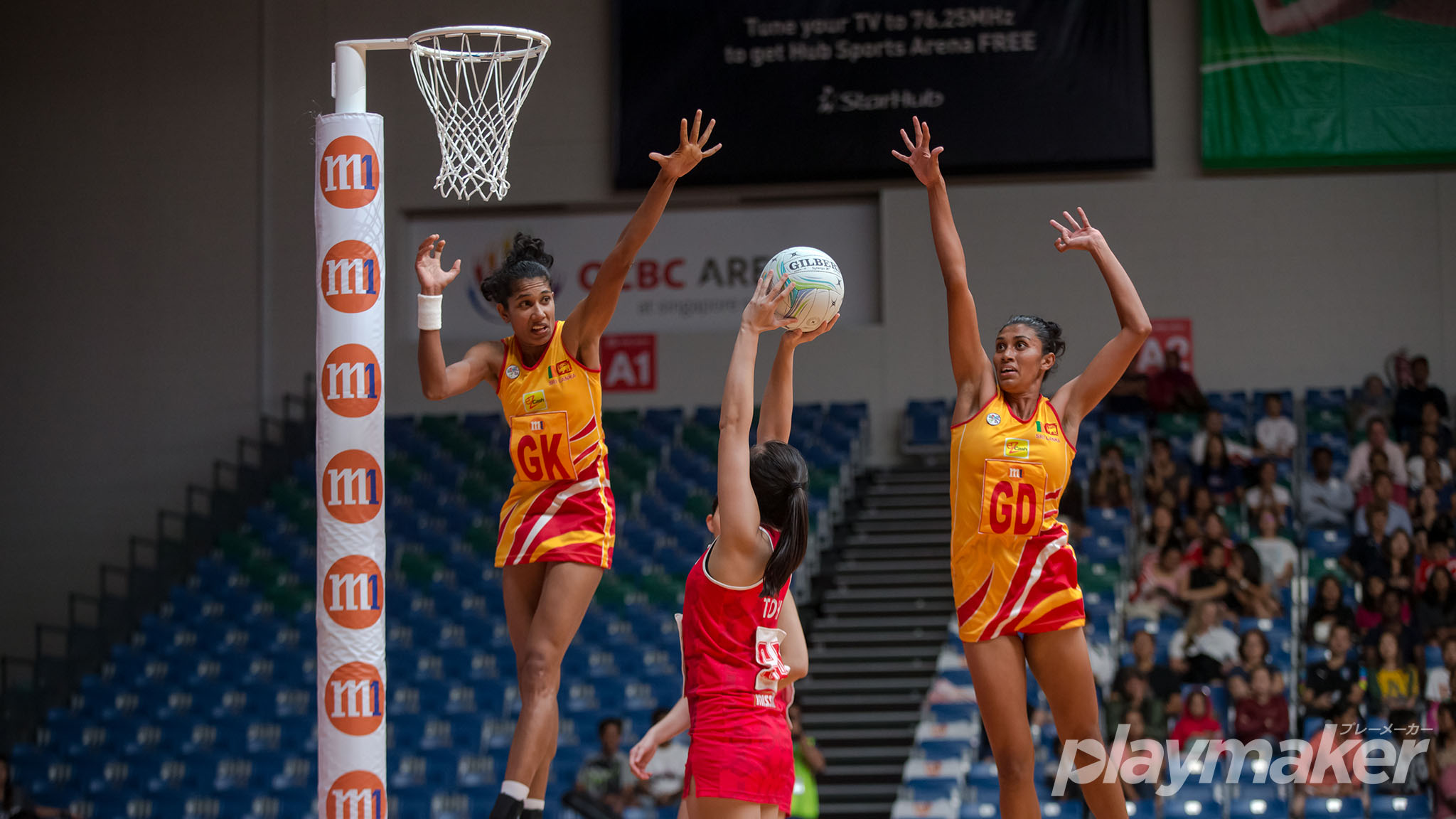 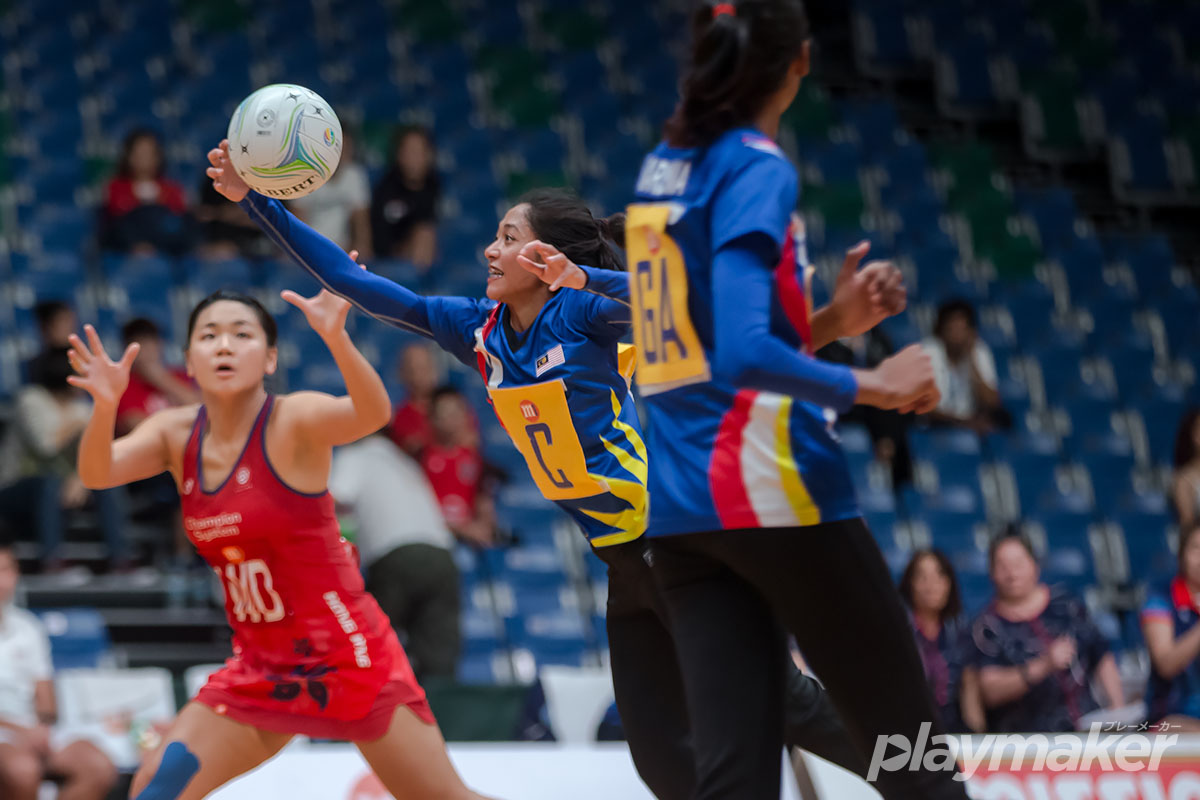 The battle of the nations was a thriller from the very first whistle. Despite several intercepts from Singapore Goal Keeper Chen Lili against the 2.06m Sri Lankan Goal Shooter Tharjini Sivalingam, a couple of passing errors from Singapore allowed Sri Lanka to take a 5-goal quarter lead (17-12). 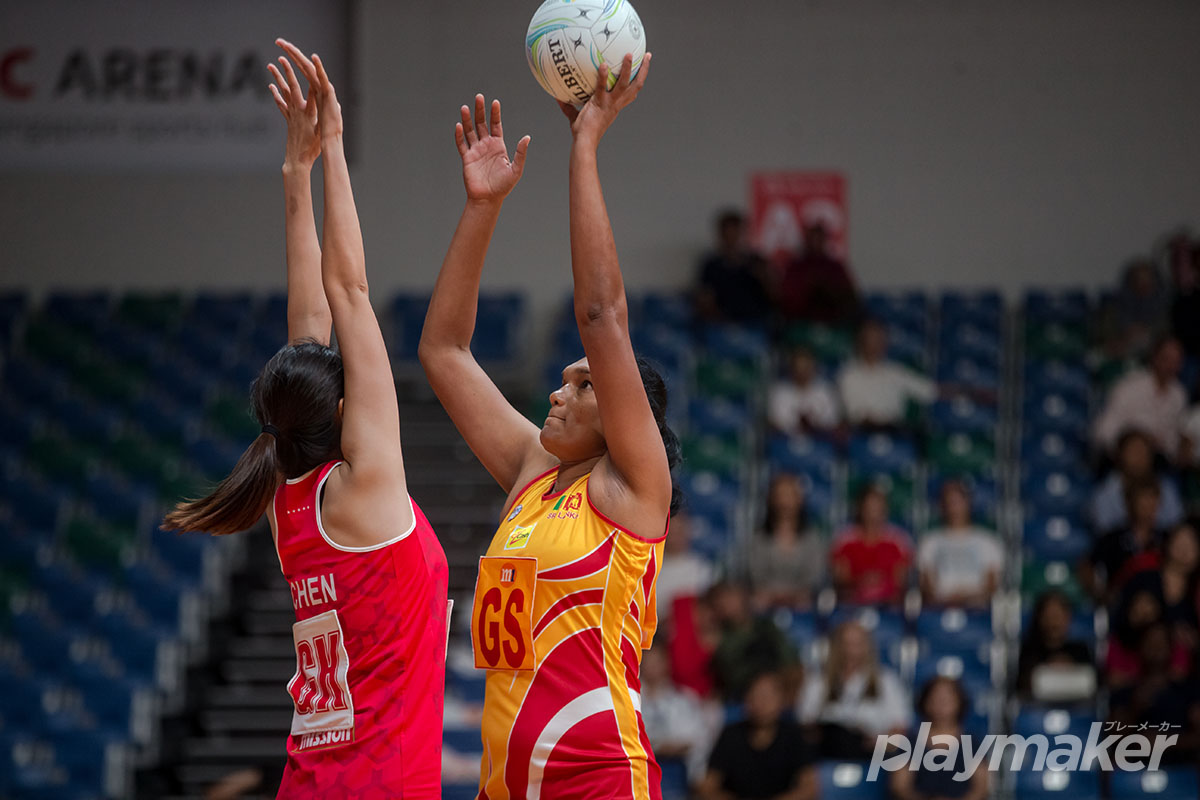 Sri Lanka then pushed ahead early in the second quarter for a slight lead which saw Singapore coach Natalie Milicich brought both Goal Attack Toh Kai Wei and Goal Keeper Sindhu Nair on mid-way through. It was a flawless 100% shooting performance from Sivalingam which saw Sri Lanka end the quarter 19-16.

It was end-to-end exchanges in the early part of the third quarter however, height became a factor as any missed shots from Singapore were collected by the Sri Lankan defenders for their shooters to finish the play and stretch the quarter score to 21-14. 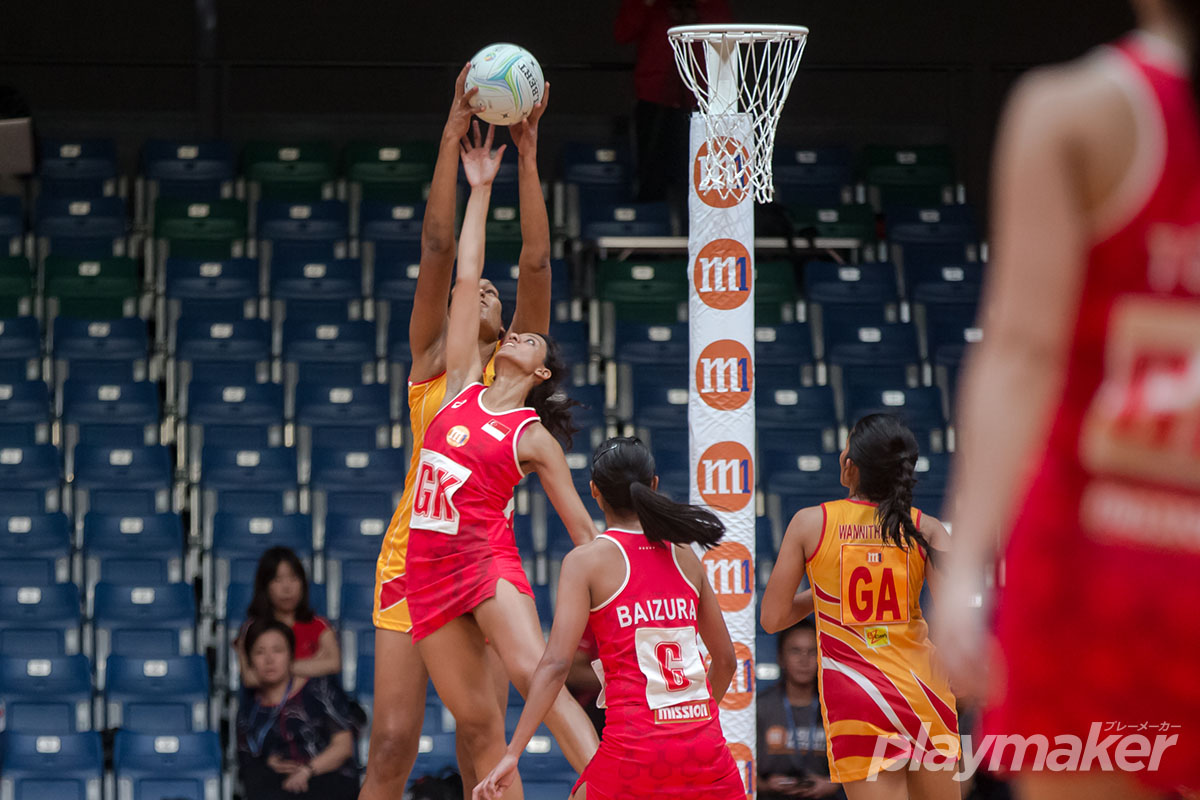 Nair was persistent throughout the game and especially so in the final quarter against Sivalingam, getting several tips and intercepts despite the 33cm height difference. Buoyed by the strong crowd support, Singapore fought hard to take the last quarter by 3 goals but ultimately lost the match by 13 goals.

Despite the loss, Milicich was positive: “We had some structures that we needed to make sure we were implementing in our attacking end and I think to be honest, in the majority, we did very well. I think you’re punished if you lose possession, as it’s very hard to get it back. It’s only really five or six turnovers and then it’s 12 goals the difference and that’s not many. We weren’t far away from where we needed to be but we need to concentrate on our own game and not just on one player.” 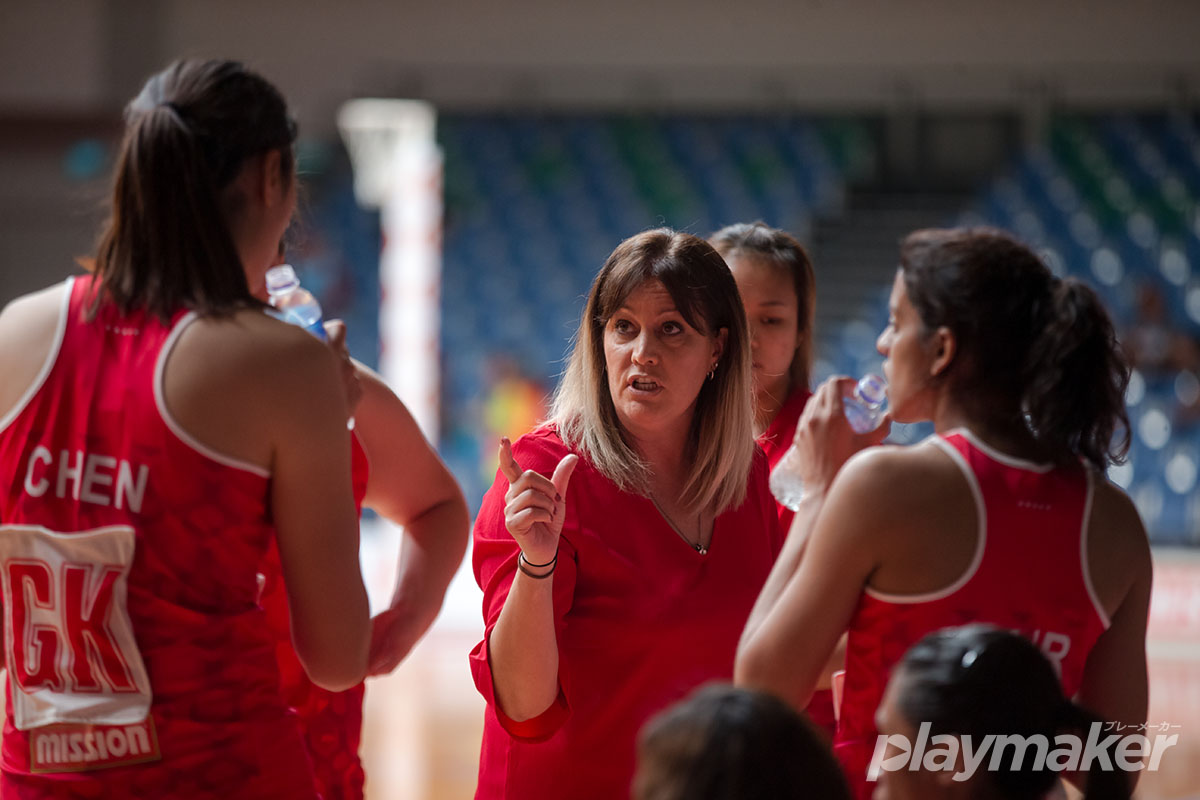 On tomorrow’s match against Hong Kong, she added: “Hong Kong plays a lot of space marking and are very smart so they slow the game down quite a lot. We need to be very disciplined with what we’re doing tomorrow and we have to back ourselves to go for ball.”

Sri Lanka coach Thilaka Jindadasa was immensely proud of her team’s performance and remarked: “It was a decision making game for the players on both teams. Both teams have the same kind of fitness but we have a better advantage with the shooting. So we worked on our passes to Tharjini – that was our game plan and we have been successful today.”

The second round of matches continues tomorrow with Chinese Taipei looking for their first win against Philippines at 9am, followed by Pakistan against Maldives. The third game of Day 5 sees India take on Thailand at 1pm, and Japan and Brunei play at 3pm. Malaysia and Sri Lanka will then battle it out for a fourth consecutive victory, while Singapore will look to bounce back against Hong Kong in the final game of the day at 7pm.

For more information on the M1 ANC 2018, visit www.netball.org.sg and to purchase tickets, please visit bit.ly/M1ANC2018Tickets.