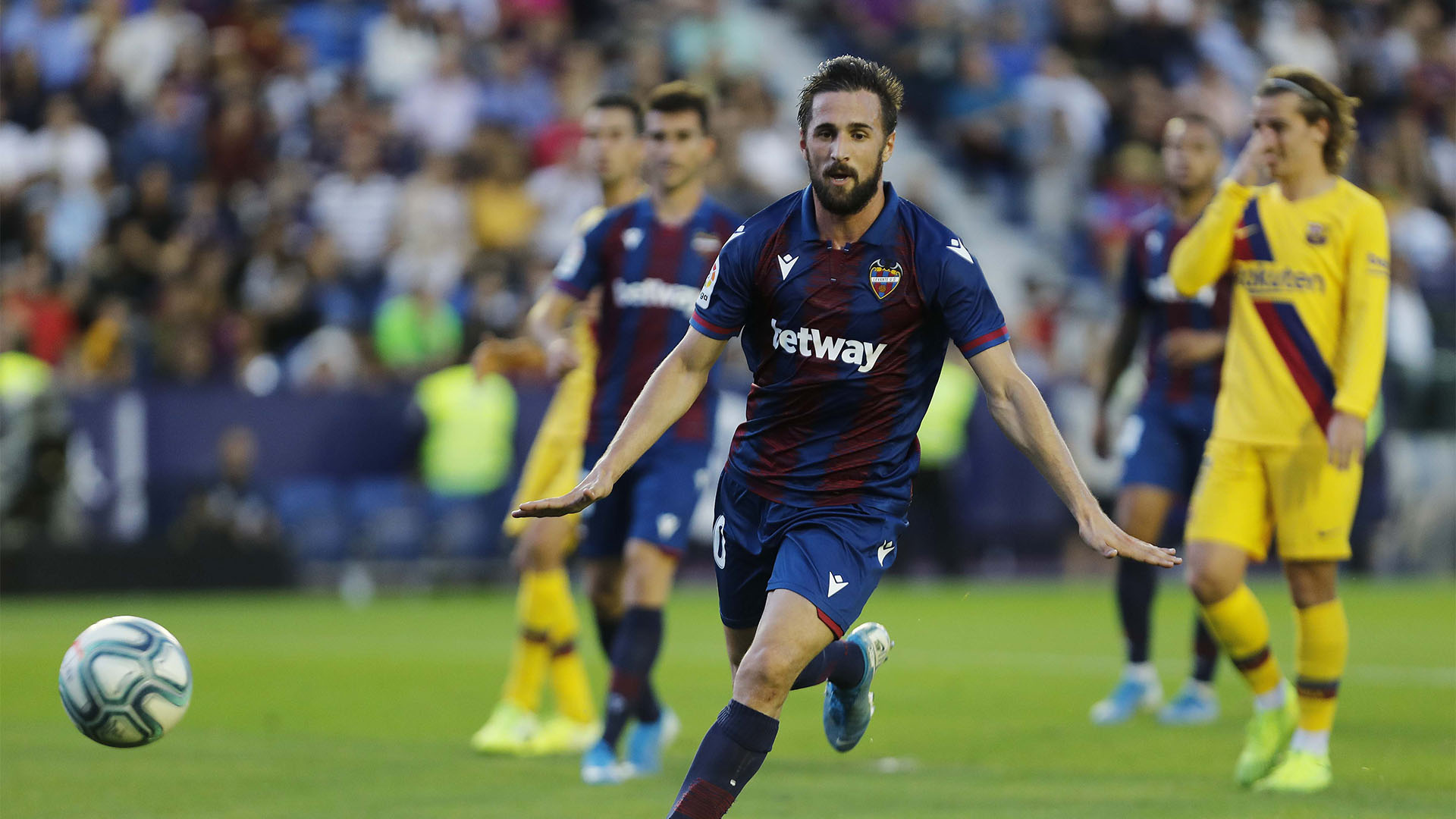 Three teams currently sit joint-top, with thirteen clubs within just five points, making it probably the most competitive LaLiga title race since the switch to three points for a win. 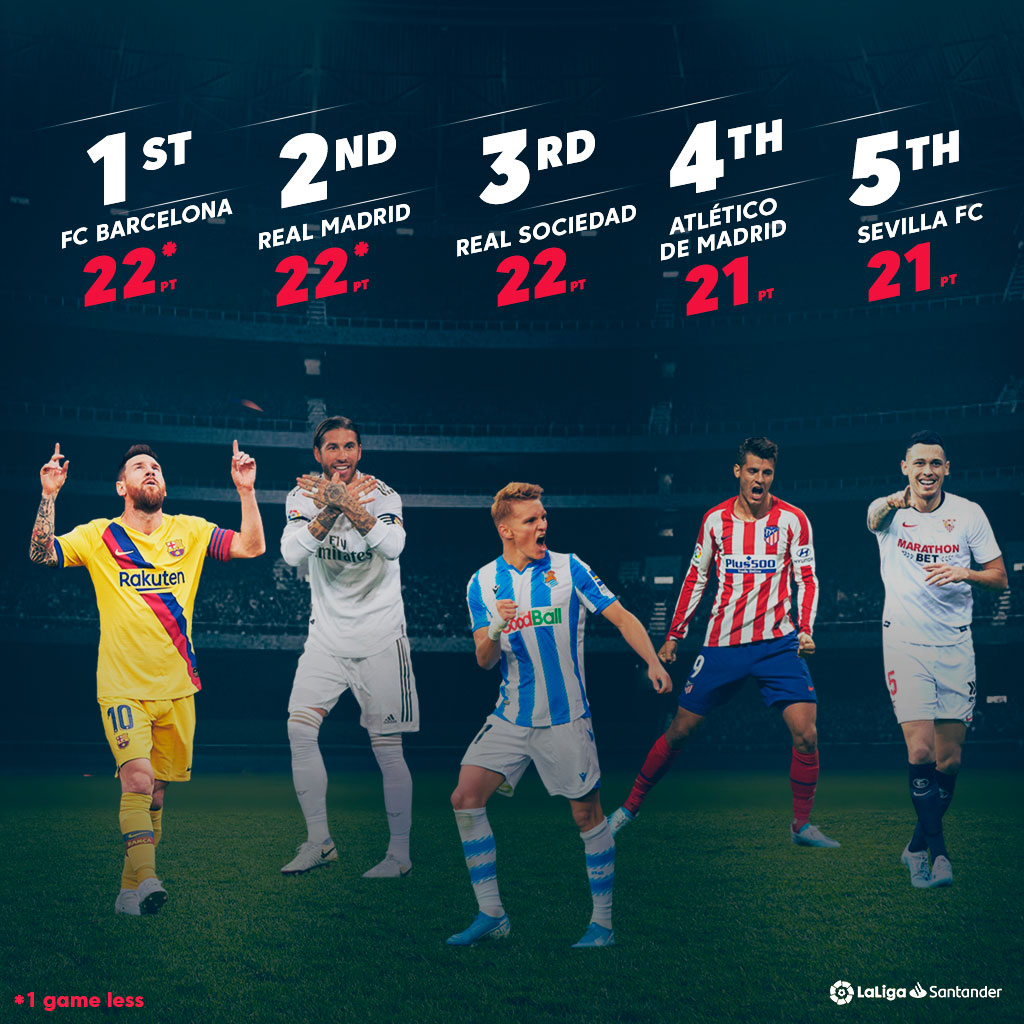 Levante’s dramatic 3-1 victory over Barcelona on Saturday was just the latest shock from the super exciting 2019/20 LaLiga title race, where five teams now being within a point of the lead is further evidence of all the progress made throughout Spanish football in recent years.

All this means that Barca, Madrid and Real Sociedad have 22 points after 12 games of the topsy-turvy 2019/20 campaign. Atletico and Sevilla are just one point behind, while all of Granada [20], Getafe [19], Osasuna and Villarreal [18] and Valencia, Levante, Athletic Club and Valladolid [17] are within five of the top. That means there are 13 teams within just five points. 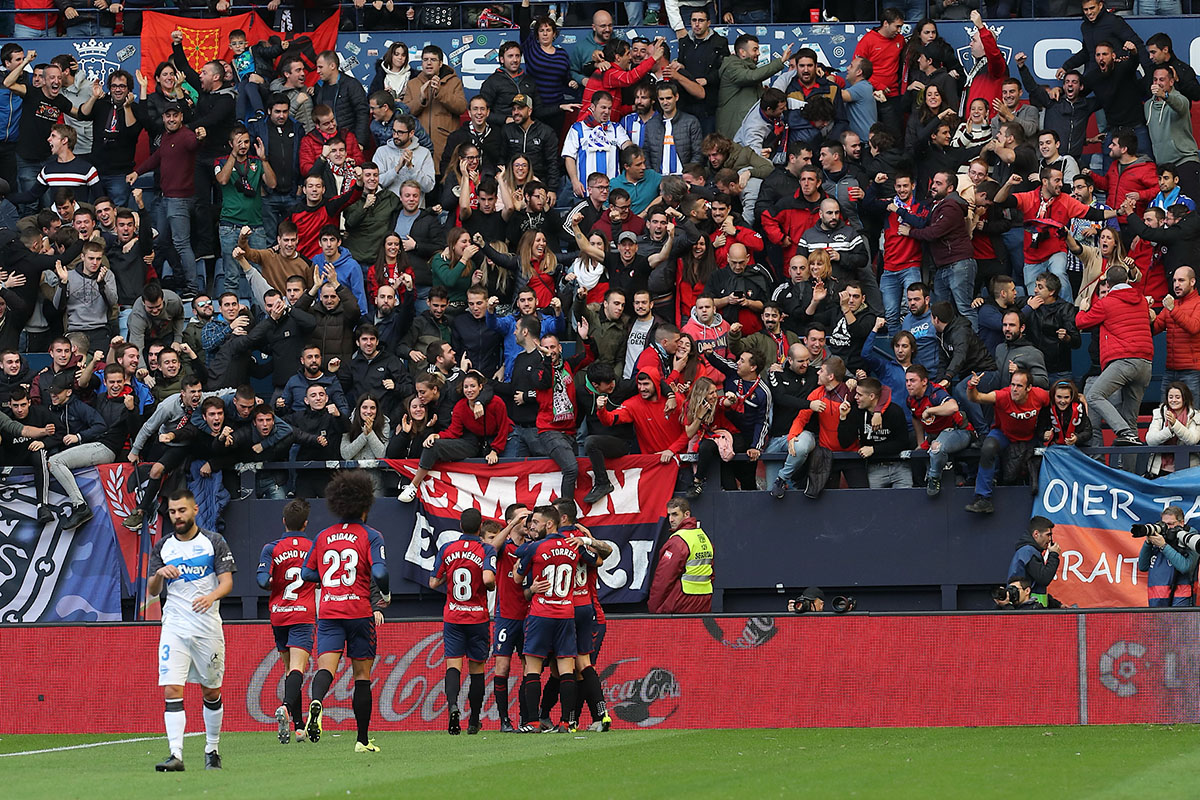 Real Madrid captain Sergio Ramos told Spanish TV on Saturday evening that LaLiga having so many strong teams now clearly made it the best league in the world.

“That is the reality of our football,” Ramos said. “It’s getting more and more difficult. Today Levante have beaten Barcelona, so you can never say someone is definitely going to win. That is what makes our league the best in the world. Any mistake can see you drop down the table.”

Ramos knows of what he speaks – just last month his team full of Champions League winners were beaten 1-0 at RCD Mallorca, who only 18 months previously had been playing in Spain’s third tier Segunda B division.

The first three months of the season have seen many other shock results. Last year’s champions Barcelona have also lost at Athletic Club and Granada. Mallorca followed up their defeat of Madrid’s stars with a defeat at then bottom club Leganes. Granada were leading the pile until their midweek reverse at Getafe. Atletico were top when they lost at Real Sociedad. Each week brings a fresh surprise, and often a new LaLiga leader.

The tightness towards the top of La Liga contrasts with the situations in Europe’s other biggest leagues. Premier League leaders Liverpool are six points ahead of second placed Manchester City, and a whopping 14 clear of Arsenal in fifth. Paris Saint Germain look set for an eighth French title in nine seasons having already gained a seven points advantage. In Italy, Juventus are odds-on for a ninth straight Serie A trophy after nine wins and two draws from their 11 outings so far. The Bundesliga does look more balanced so far this season, although Bayern Munich remain huge favourites to be German champions for an eighth consecutive year. It wouldn’t be inaccurate to say that this season’s LaLiga race is the most competitive among Europe’s top leagues.

A major factor for Spain’s top division having become so competitive are the financial controls put in place since 2012 by LaLiga president Javier Tebas. These include a much more equal sharing of TV revenues – ensuring that smaller clubs are guaranteed significantly more money each year. LaLiga has also introduced economic controls, under which the authorities fix how much each club can spend on their squads, so that none are tempted to spend beyond their means.

These two innovations have combined to help end a ‘boom and bust’ cycle among some clubs. It also means that teams not considered the traditional ‘big boys’ can attract international quality stars. Betis now have a 2018 World Cup winner in France midfielder Nabil Fekir, while Levante strengthened their squad considerably last summer by signing 10 new players of five different nationalities.

This has led to a much more unpredictable title race, as the traditionally bigger teams are tested each time they play. A couple of years back the norm was for Barca and Madrid to quickly move clear of everyone else, then fight between themselves for the title. Los Blancos reached 100 points in 2011/12, with third placed Valencia a whopping 39 points adrift. The Blaugrana matched that ‘century’ feat the following season, when Atletico de Madrid in third had 76 points, and Real Sociedad were fourth with 66.

Things have changed quite quickly. Two years ago, the gap after 12 games from first place [Barça] to fifth [Sevilla] was 12 points. At this point last season, six teams were within four points of the top. Currently Real Valladolid in 13th place are just five points off the leaders. And the situation keeps changing week to week.

You have to go all the way back to 1998/99 for the last time that 22 points was enough to lead LaLiga after 12 games. Then RCD Mallorca were top, with RC Celta in second a point back. Barca came out on top in the end, but both Mallorca and Celta sustained their challenge to qualify for UEFA competition. Furthermore, the gap between the top and eight-ranked teams that season was just three points; this season it’s just four. But it’s also true that this season there are 13 teams within just five points of the top, making it likely the most competitive in history since the switch to three points for a win in 1995.

Last season, Barça won the title with 87 points, the lowest winning total in a decade. This year even fewer will likely be needed to take the trophy. But as Ramos said last Sunday, that is evidence of LaLiga becoming more and more difficult all the time.

This sets a huge challenge for all the players and coaches involved and leads to many ups and downs for supporters of all clubs. It also ensures that Spain has the most exciting league in the world. Long may the shocks keep coming.