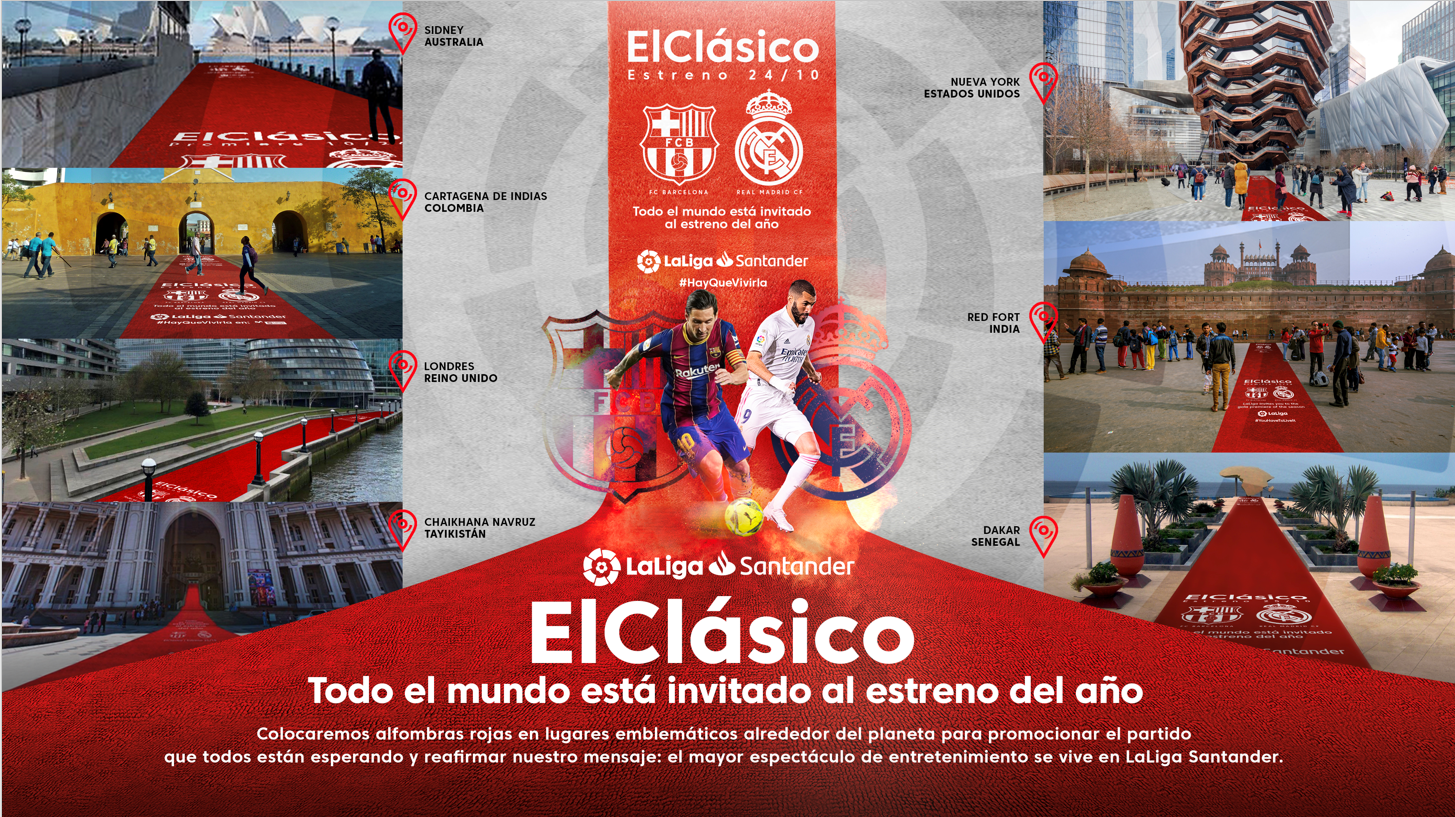 FC Barcelona and Real Madrid clash for the 181st time in LaLiga this weekend and the special LaLiga ‘Red Carpet’ installations symbolise the invitation to the world to watch ElClásico, with the message: LaLiga invites you to the gala premier of the season.’

ElClásico is known as the fiercest rivalry in world club football and LaLiga’s installation highlights the passion and intensity of this fixture, embodied within their message #YouHaveToLiveIt (in Spanish: #HayQueVivirla).

The seven Red Carpet locations were carefully selected for both their prestige and entertainment, two characteristics synonymous with both ElClásico and the two clubs, FC Barcelona and Real Madrid CF.

Speaking about the campaign, Óscar Mayo, LaLiga’s Head of Revenue, Marketing, and International Development said: “LaLiga is proud to invite the world to watch ElClásico this weekend. From London to Dakar, the installation of the ‘Red Carpets’ across the globe has brought to life the excitement, the entertainment, the glamour and the global reach of this fixture and LaLiga. Barcelona vs Real Madrid is always an incredible show, and with the world watching we’re sure this edition will be no different.”

In addition to the the seven Red Carpet placements, there will be additional activity taking place around the globe, including football freestyler performances and the hosting of ‘LIVE’ ElClásico watch parties at local drive-in cinemas, sports bars and giant public screening spaces, where possible.