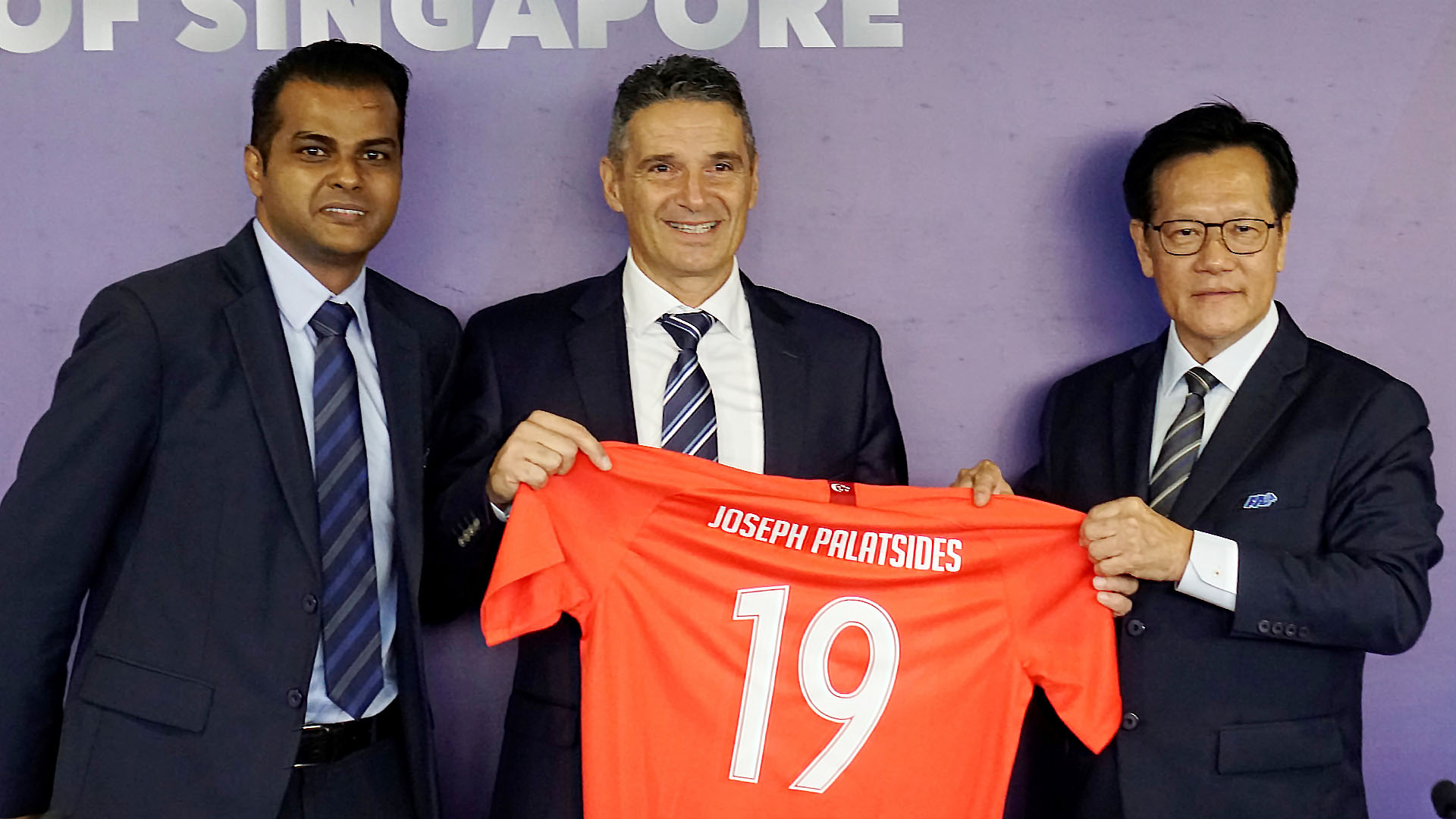 SINGAPORE, 2019. MAY 02 – The Football Association of Singapore (FAS) today announced the appointment of Technical Director Mr Joseph Palatsides, with effect from 1 May 2019.

He will also be working with key stakeholders in the fraternity, such as schools, academies, clubs and coaches, to implement an aligned philosophy and will review existing frameworks and projects put in place previously to assess and tweak them where necessary.

“I look forward to further building on the systems that are in place here and doing my best, with the help of the current staff, to elevate Singapore football. My immediate task will be to engage the fraternity and the local coaches to see how we can synergise our efforts for the betterment of Singapore football.”

FAS President Lim Kia Tong commented: “Mr Palatsides stood out with his experience and track record in youth development. Through our conversations with him, we believe that he is aligned in terms of the direction that we want to head towards for Singapore football and is the best person to further strengthen our football development structure.”

Singapore Under-23 National Team Head Coach Fandi Ahmad said: “Joe has a great track record in developing young players, as shown by the successful systems he put in place at Melbourne City. I am excited to work alongside him and tap on his knowledge and experience, which I hope will help push our youth development to a higher level.”

Mr Palatsides established Melbourne City FC’s Academy in 2016 and oversaw youth development at the club as the Head of Academy.

The former Socceroo also helped to produce several promising players in the Australian age-group National Team, which has qualified for the FIFA Under-17 World Cup this November, and developed 14 of the club’s Academy players to National Team status in the last 12 months.