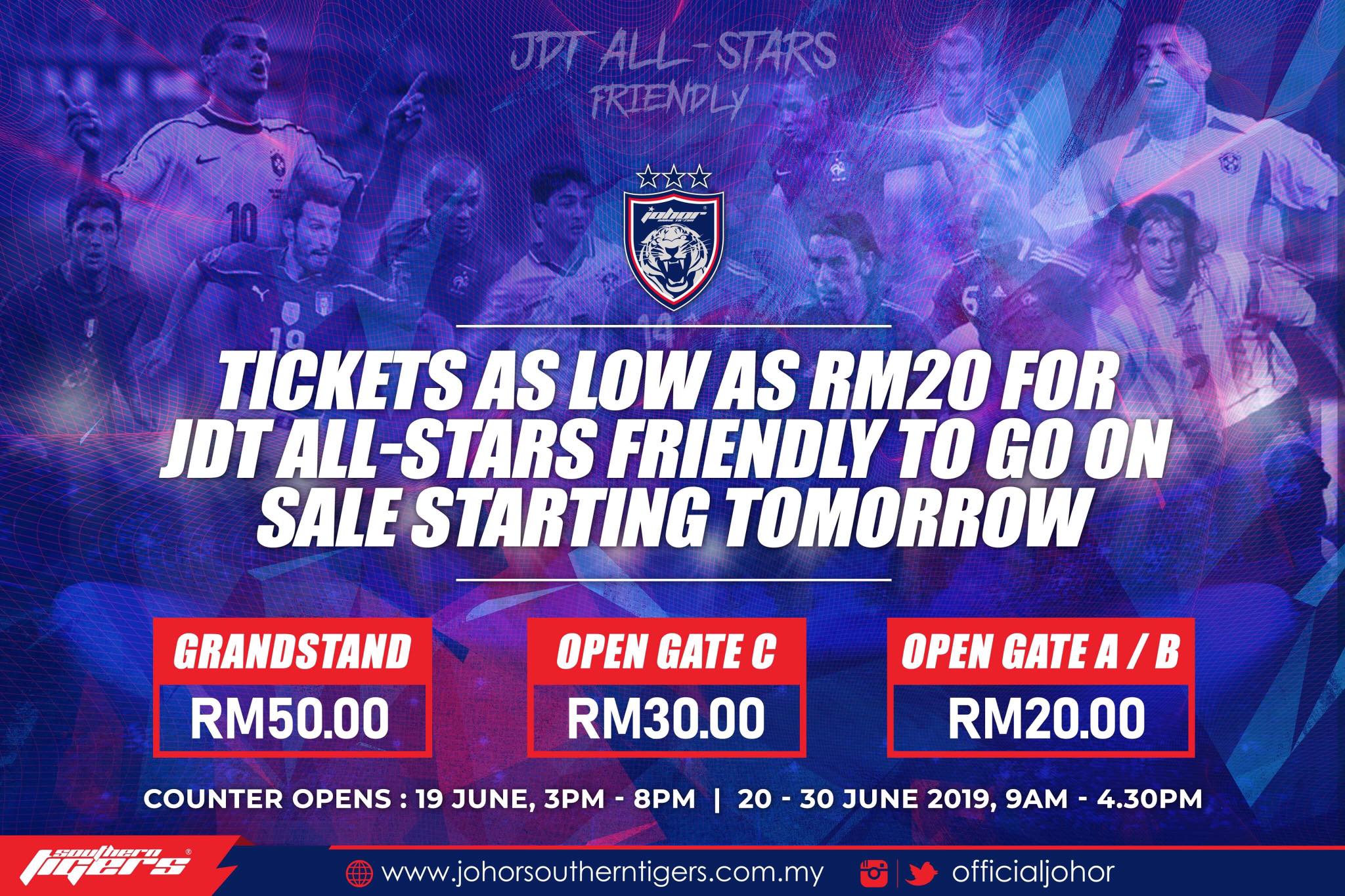 Fans attending JDT’s Malaysia Super League match against Selangor on Wednesday, 19 June 2019 will be among the first to get their hands on match tickets to see some of football’s most recognisable names as a special ticketing counter opens tomorrow from 3pm-8pm. Counters are also open between 9am-4:30pm from June 20-30 (subject to availability). For online tickets, visit www.tickethotline.com.my.

Tickets are priced at RM50 (Grandstand), RM30 (Gate C) and RM20 (Gate A&B). Attractive lucky draw prizes – including two motorcycles – are also up for grabs for ticket holders. All ticket proceeds will be donated to the Tunku Laksamana Johor Cancer Foundation, National Cancer Society of Malaysia and the Women’s Aid Organisation.

“The event is a wonderful opportunity for fans and everyone at JDT to witness first- hand some of the real superstars of the game. It’s a great opportunity for our academy players too as these football greats will be passing on some guidance and tips during the coaching clinic.

“I think it will be a magical affair and we are also thrilled that the proceeds will be given to such worthy foundations,” he said.