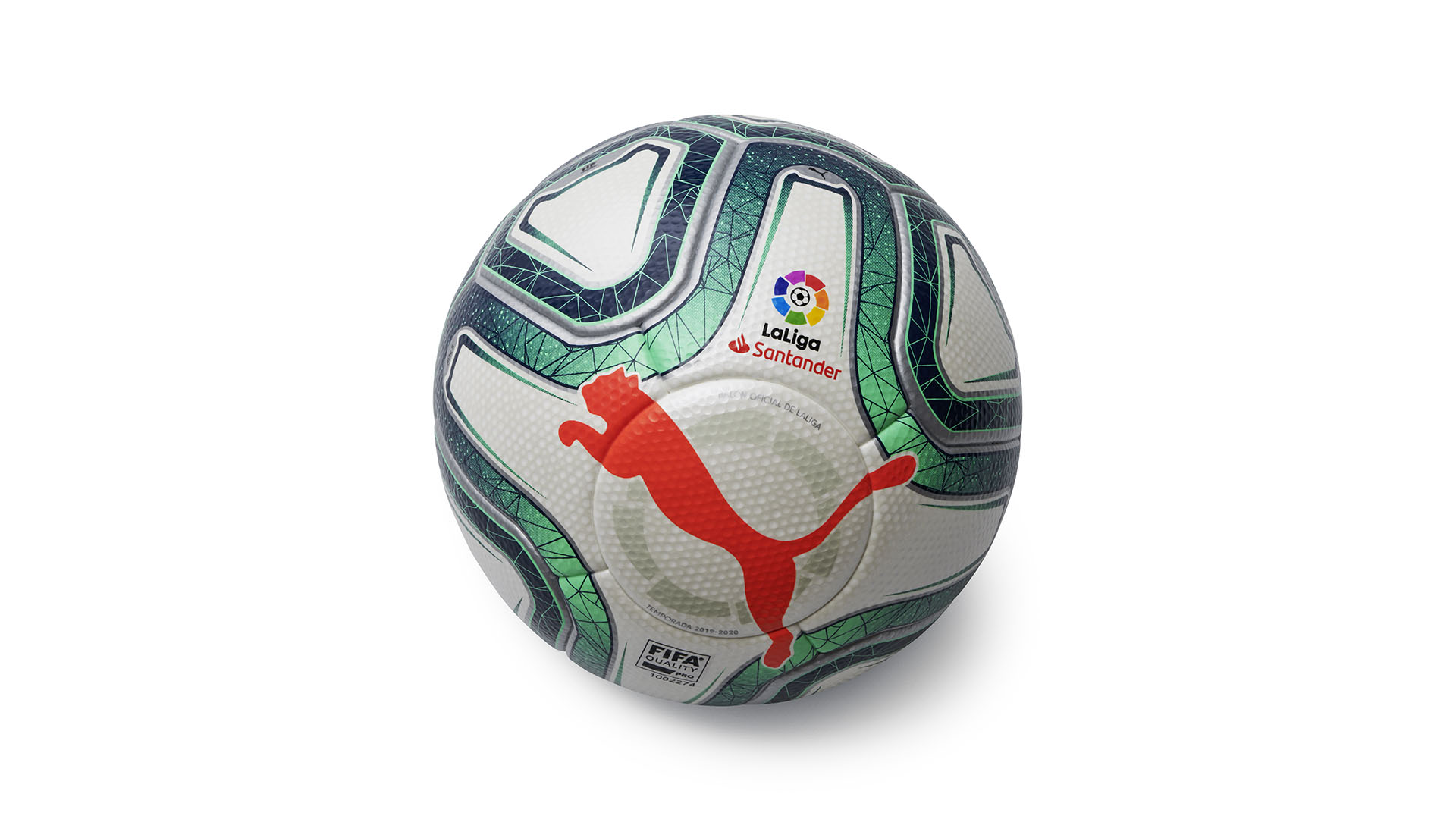 On a technical level, the new PUMA ball incorporates new features which will improve aerodynamics and boost resistance to both abrasion and wear and tear, ensuring longer durability and performance.

For the first time the ball will incorporate the LaLiga ‘beat,’ a signature of the organisation’s visual identity, alongside the PUMA logo.

2019, JUNE 27 – After signing the long term agreement between PUMA and LaLiga, in which the sports brand became the official sponsor, PUMA presented the Official 2019/2020 Football today, which will be used for all of the LaLiga Santander and LaLiga 1|2|3 professional matches.

LaLiga is entertainment, emotion, it is passion, it is a spectacle, it is much more than football and the football is the heartbeat of the competition. PUMA wants to pay homage to this passion and therefore presented a new design that incorporates the technology that was developed exclusively by the brand with a striking color combination that will be the secret weapon for incredible tricks and goals that will become part of history.

With a 18 panel heat sealed structure, the new LaLiga football is a perfect sphere that guarantees better stability, a soft touch and reduced water absorption. The bigger panels allow a better connection with the sphere. One of the new details is located in the 1mm Hi-Solid Dimple PU (San Fang) casing which improves the aerodynamics and also provides high resistance to the graze and wear and tear, which creates better durability and high performance level. The structure of this advanced design is similar to that of a golf ball to assure a straight path and better consistency in the shot. Likewise, the incorporation of an additional POE foam layer improves the touch and increases the sensibility, which results in a firm touch and an improved rebound consistency. This football is reactive in the shots and has an explosive potential. The air chamber made of rubber with the PAL valve (PUMA AIR LOCK) assures excellent air retention. 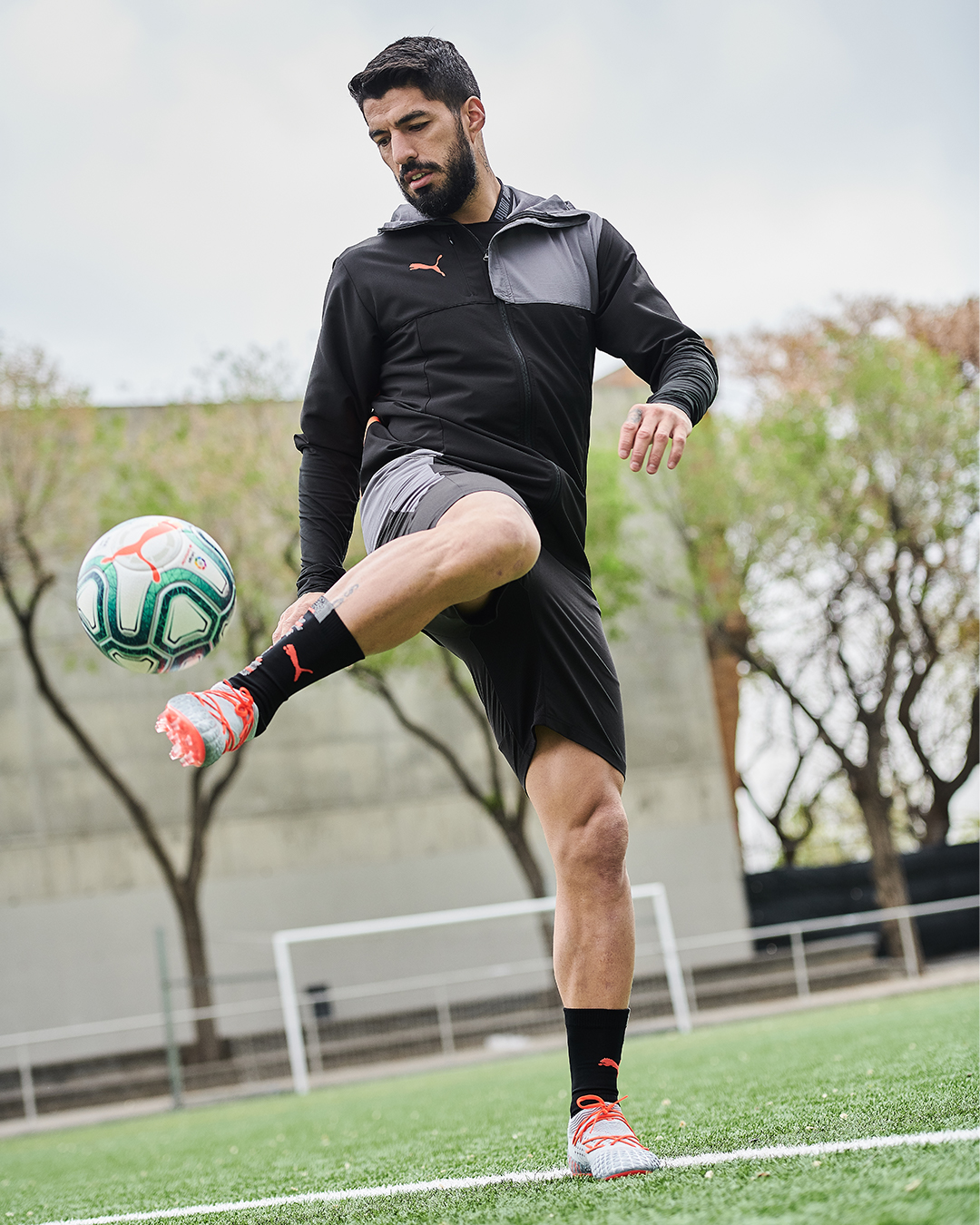 Talking about the design colours, PUMA has opted for a very daring combination with green tones that offer more visibility in the turn and trajectory as well as in the velocity. An attractive Glimmer green over white combined with the NRGY red of the PUMA logo will highlight the flight over the pitch.

On a technical level, the PUMA sphere incorporates new details that improve the aerodynamics and resistance to the wear and tear, which will result in more durability and a higher performance level.

For the first time, the sphere includes the LaLiga ‘beat’, one of the visual identity roots for the organization. It will be integrated in the football in the PUMA logo.

For the presentation of the new sphere, PUMA has launched a campaign that is inspired in a mix of football, fun, dance and music that will generate a domino effect in which the football is the trigger.

One of the highlights of the campaign is the production of a video where the rhythm is marked by the heartbeats of the players who are the stars. Oblak, Griezmann, Umtiti, Bartra, Cazorla and Suárez appear in the video with the music from the afrotrap band, Afrojuice, which was written especially for this occasion.

The football marks the heartbeats of LaLiga, and PUMA wants to get to the heart of the players and all the fans of this great passion called football with their new ball.