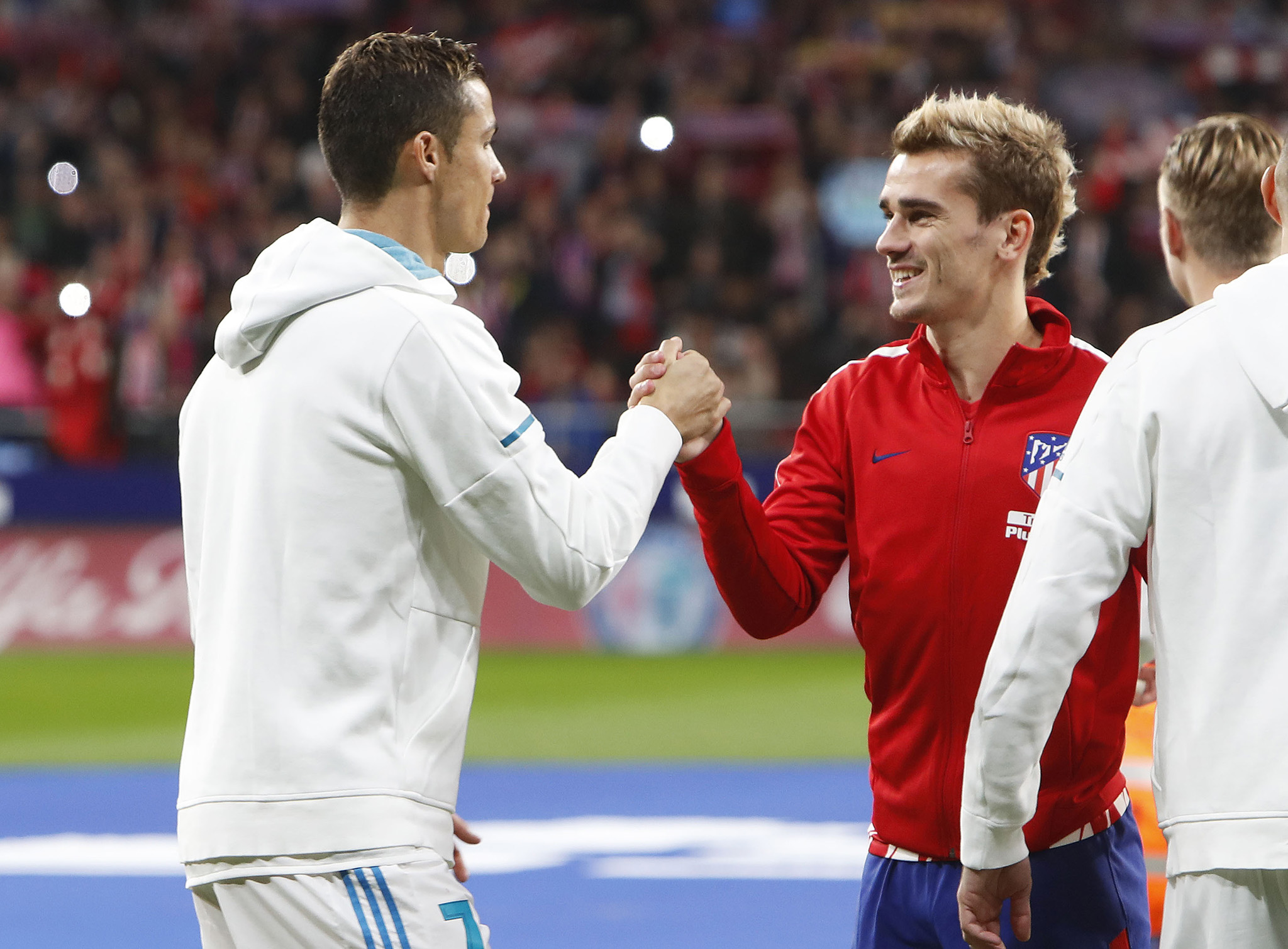 From Di Stefano and Ben Barek to Ronaldo and Griezmann, these are the most important shirt numbers of the Madrid sides

On a Sunday afternoon, November 23rd of 1947, Real Madrid played at Estadio Metropolitano, the then home stadium of their city rivals Atlético Madrid. It was a league fixture they would lose 5-0, until this day their biggest ever defeat to Atlético. But that day Real Madrid did something no one in Spanish football had ever done before: their eleven players on the pitch wore numbers on their backs.

It’s been more than 68 years since and shirt numbers have come to take on an important role in the dressing rooms of the two Madrid sides. Each number has a history of its own of historic players who’ve worn it before. These are the numbers that had the biggest impact on Real Madrid and Atlético Madrid: 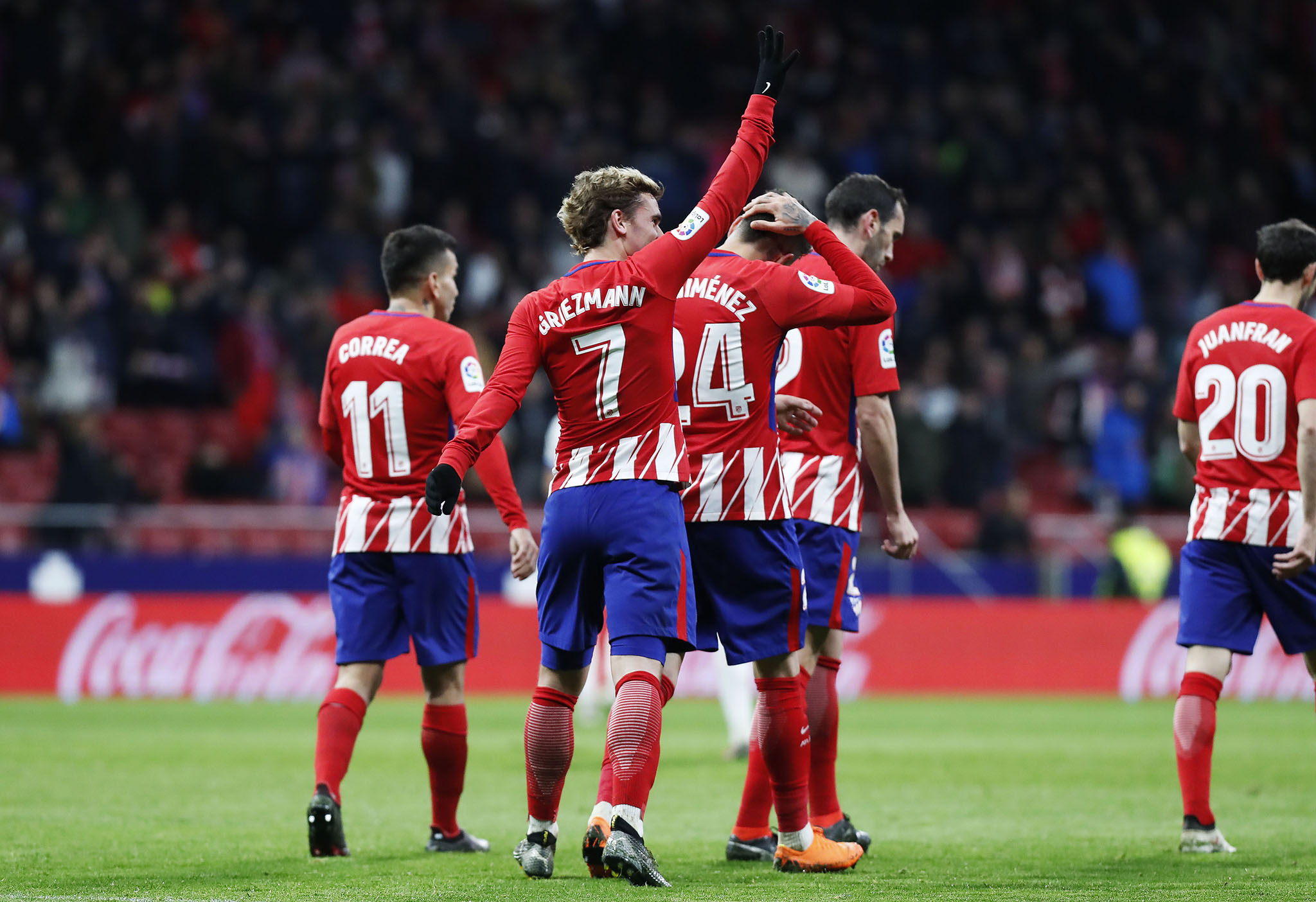 Today at Atlético the great number seven is worn by the team’s top goalscorer Antoine Griezmann and goals are something that players wearing the number seven at Atleti have always produced. Diego Forlán and Manolo Sánchez have both won the Pichichi award, as the league’s top scorers, wearing the number. Before them there was Marcos Alonso, José Ufarte and José Juncosa who all helped in winning trophies for the club. 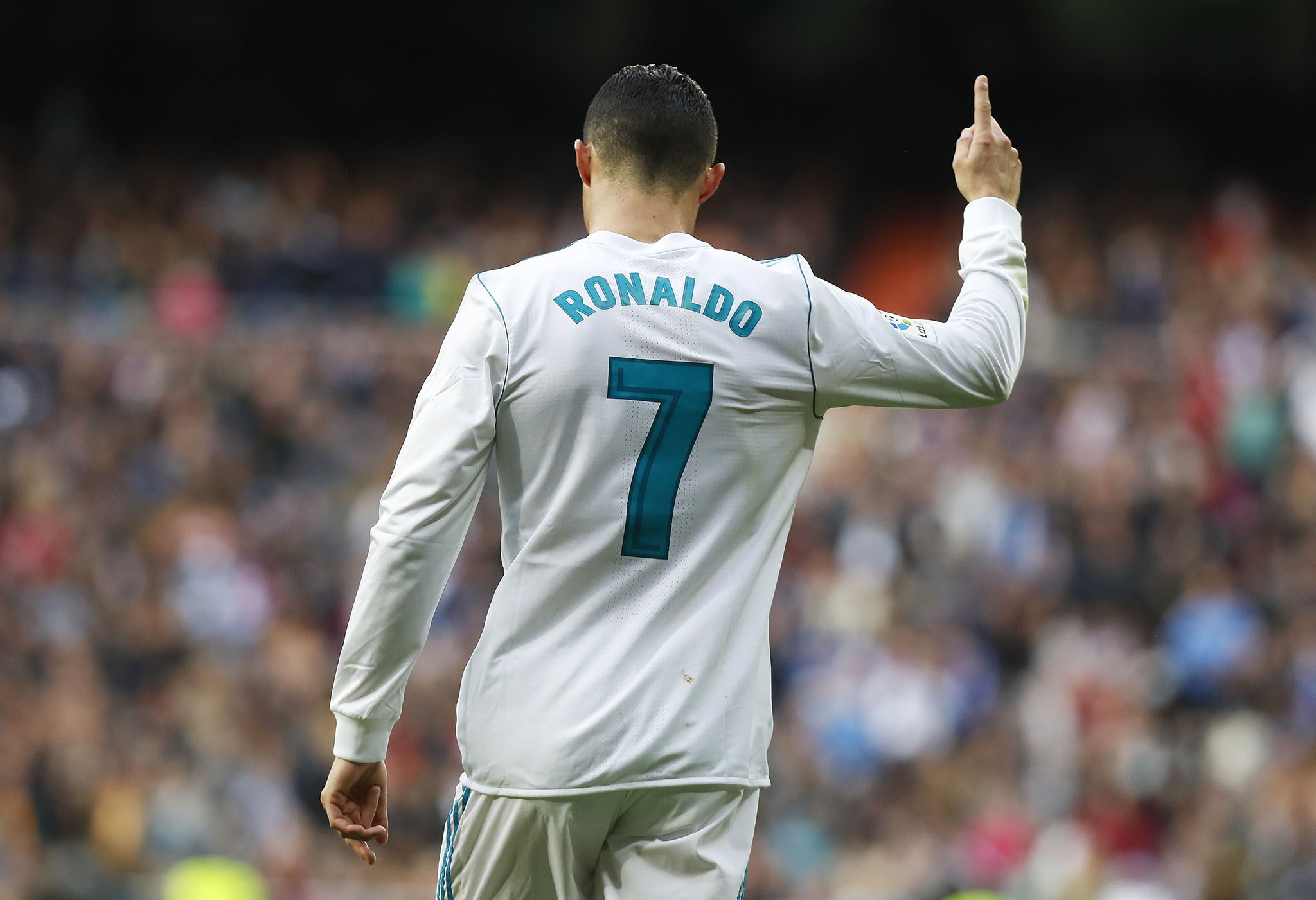 Just like Atlético, the big star at Los Blancos, Cristiano Ronaldo, wears number seven. But the man most symbolised with the seven of Real Madrid is perhaps Raúl Gonzalez, who spent 16 years with the shirt. Before Raúl there was El Buitre, Emilio Butragueño, who in the early 1980s transformed a struggling Real Madrid side into a winning machine. There are others not to be forgotten, like the dribbler with a fierce character, Juanito, or Joseíto who played a key role when Real Madrid won the European Cup four times between 1955-59.

At Atletico it’s the number eight shirt, today worn by Saúl Ñíguez, that has the most impressive history. Larbi Ben Barek, nicknamed “the Black Pearl” in Spain, was the first ever to wear the eight at Atlético Madrid. After him several great players have followed, such as Leivinha, Bernd Schuster, Juan Vizcaíno and Raúl Garcia. Even the team’s current captain Gabi wore the number eight during his first spell with the club. But no one is as great as Luis Aragonés, who to this day remains the club’s all-time top goalscorer with 173 goals. 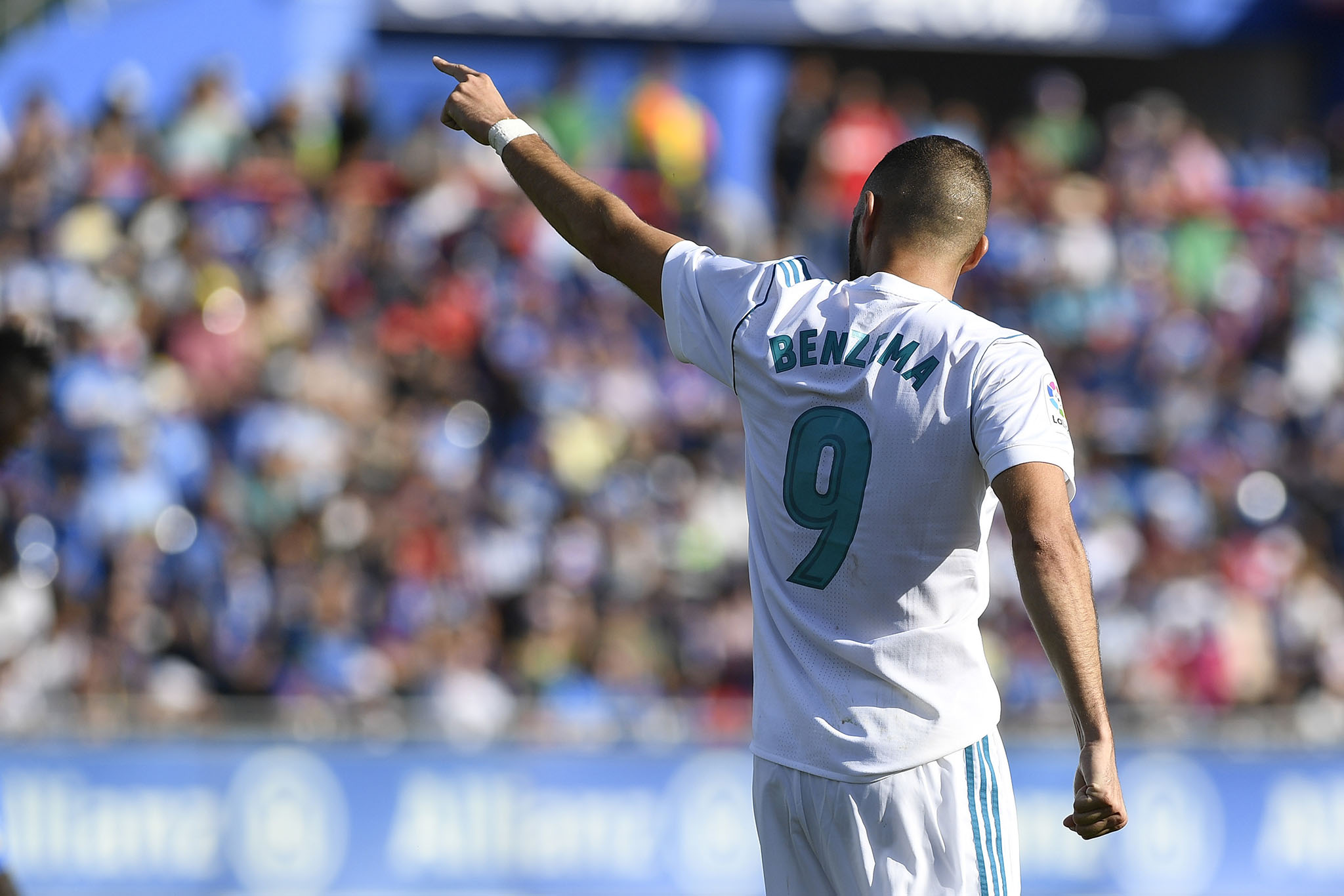 For Real Madrid it’s in the number nine, the shirt today worn by Karim Benzema, where perhaps most of the glory lies. Nine’s the number that Alfredo Di Stéfano, one of the best players ever to play the game, wore. So did other historic players such as Santillana, one of the highest scorer of all time in the Spanish First Division, and Hugo Sánchez, who is the only player to have won the Pichichi award for four consecutive seasons. Ronaldo, the Brazilian, wore the nine during the majority of his time with Real Madrid and for one season, so did Cristiano Ronaldo.

At Atlético the nine has a special importance as well. The number is worn today by Fernando Torres, who’s been living and breathing for Atleti his entire life; and there is a reason why he likes the nine. It was the number worn by José Eulogio Gárate, one of the best strikers in the history of the club. Gárate was a prominent member of the successful Atlético side in the late 1960s and early 1970s who won the league on three occasions. The number nine shirt that had first been worn by Adrián Escudero, one of the best strikers in the early 1950s, has in later years also been seen on players like Radamel Falcao and David Villa.

The number ten shirt at Real Madrid has seen its glory and its fiascos. But there is no one who wore it better than the Hungarian Ferenc Puskás. Despite not joining the club until he was 31, he is considered one of the best players ever to have dressed in the white of Real Madrid. Later on, Michael Laudrup would triumph in the ten before making the forbidden move to Madrid. When Luis Figo made the controversial move as well, joining Real Madrid from Barcelona, the Real Madrid ten shirt took the spotlight of the entire football world. 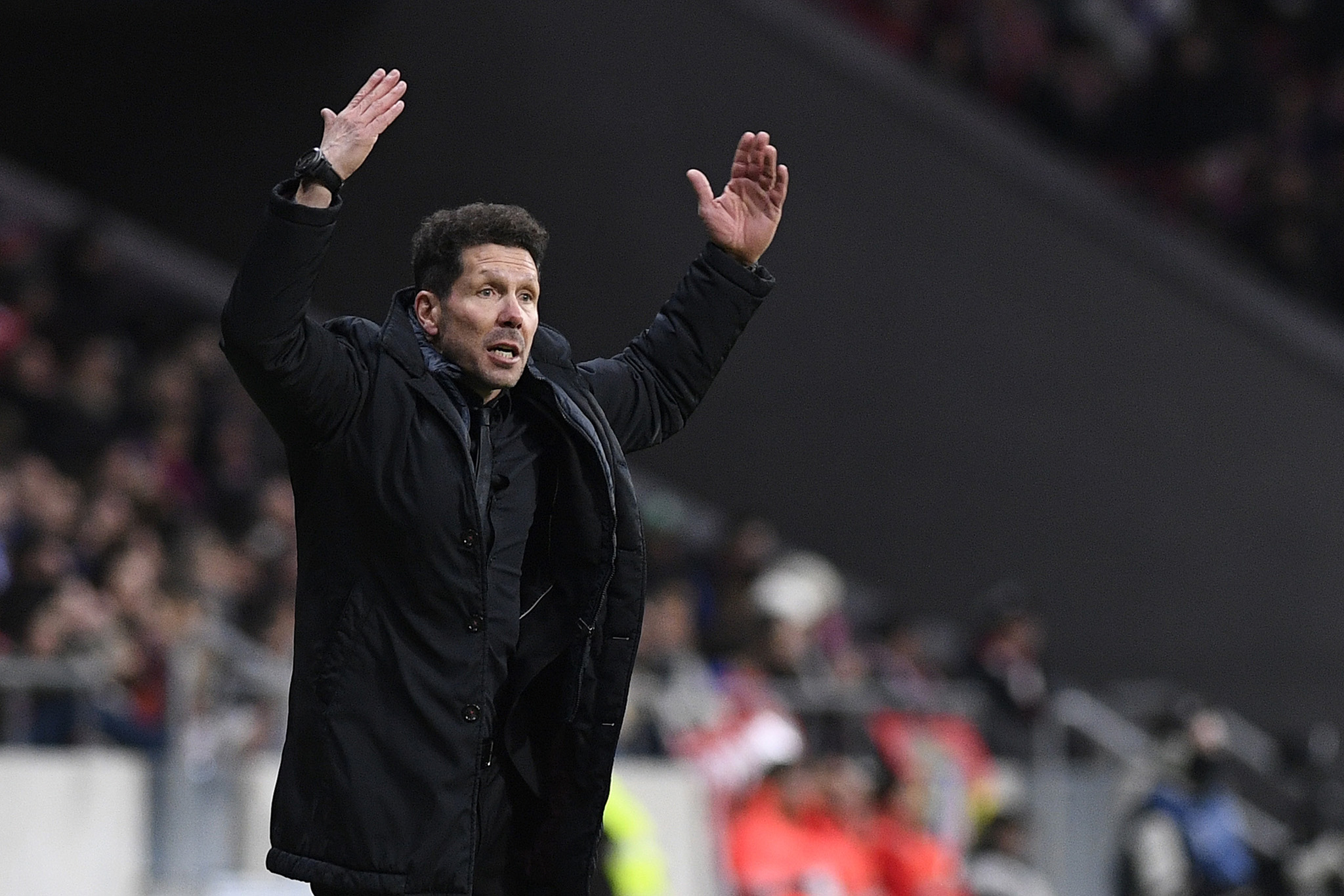 These numbers have historically created the most history for Atlético and Real Madrid, but there are numbers that will never be forgotten due to one single player. At Atlético Madrid, number 14 is such a number – the number that Diego Simeone wore when the club won the historic double in 1996. It’s a number that still bears importance in the Atleti dressing room today, as it’s the number of club captain Gabi Fernández.