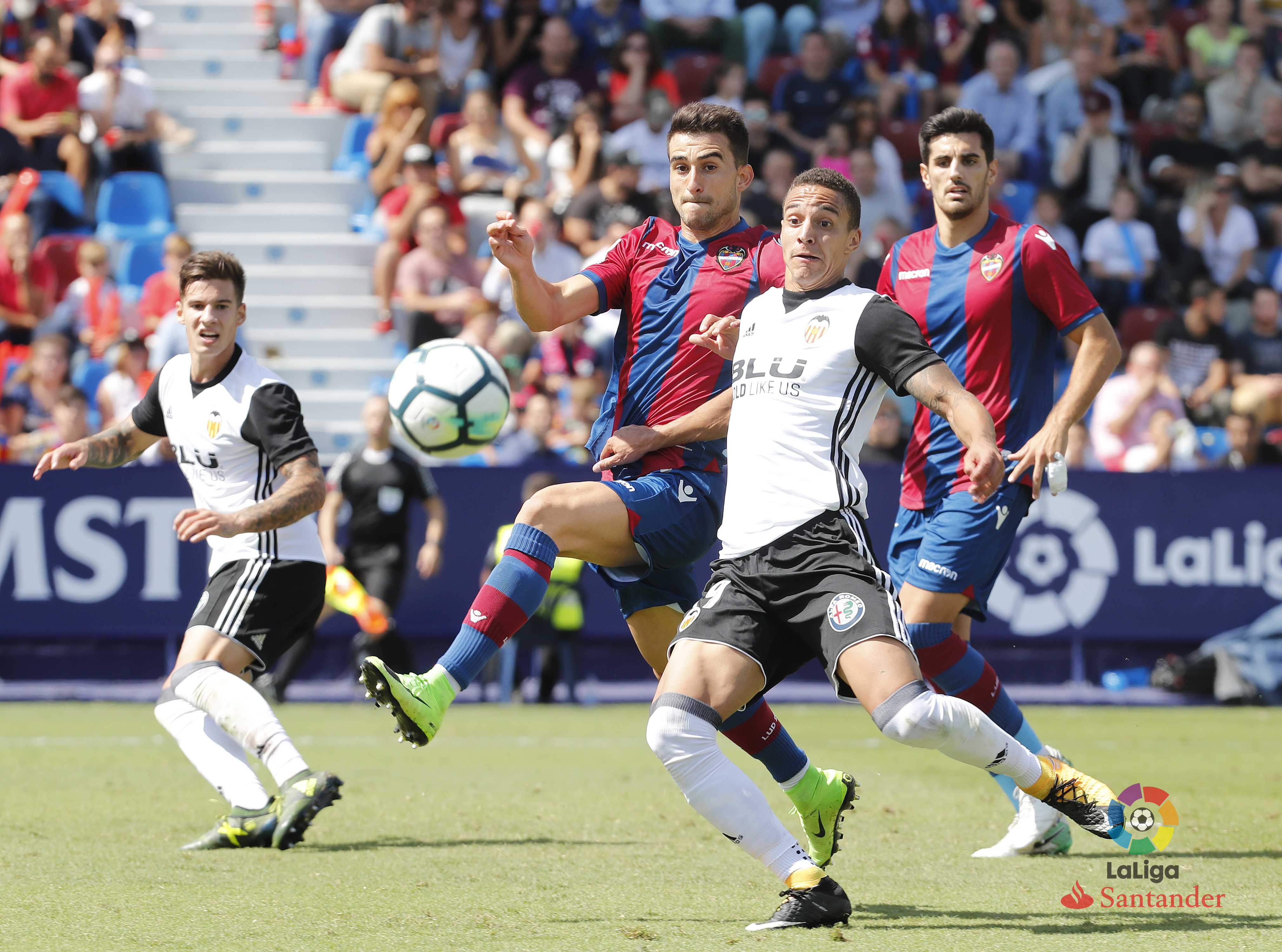 Local rivals Valencia and Levante will go head-to-head in a passionate derby this Sunday, 11 February. Sitting at 3rd in the table, Marcelino’s side are undoubtedly the favourites in this clash. But the Granotes (Catalan for frogs) will be hoping to snag their first-ever competitive victory at Mestalla.

VALENCIA, 2018, FEBRUARY 09 – For two clubs that have no shortage of history, a feverish rivalry takes place at the Mestalla this Sunday. For Levante UD forward Roger Martí, this derby is especially significant to him – it will be his first derby since recovering from a torn knee ligament.

When asked about the Valencian Derby, Roger, whose career started at Valencia B, said: “It’s a game that excites everyone, and we can’t wait to play.”

Derbies have always seen tempers flare and the tension in the build-up to the game is amplified, but the 27-year-old insists he is cool-headed.

“You may have a little extra motivation. You have to control yourself, remember that this is a game of football, and try to put the circumstances aside.”

But a pre-season friendly last July would see him out for the first half of the Granotes’ return to LaLiga Santander, after a clash with the opposition keeper left him with a torn knee ligament.

Roger showed the fans what they have missed when he was substituted on in the 65th minute against Villareal last month and scored on his return.

Levante still lost that match 2-1, but their fortunes seemed to have turned with the return of their marksman. The loss to Villareal was their fourth on the trot.

Yet, with Roger back on the roster, Levante have drawn their last two games – away at Deportivo La Coruna and at home to Real Madrid. Confidence in the dressing room is at an all-time high now.

On the possibility of scoring at Mestalla, the Spaniard said: “It would be very emotional for me, because of everything about the city. My family are from Valencia. I hope I can score a goal that gives the team points.

“Above all, I want us to get a positive result, and whether I score or not isn’t the most important thing.” 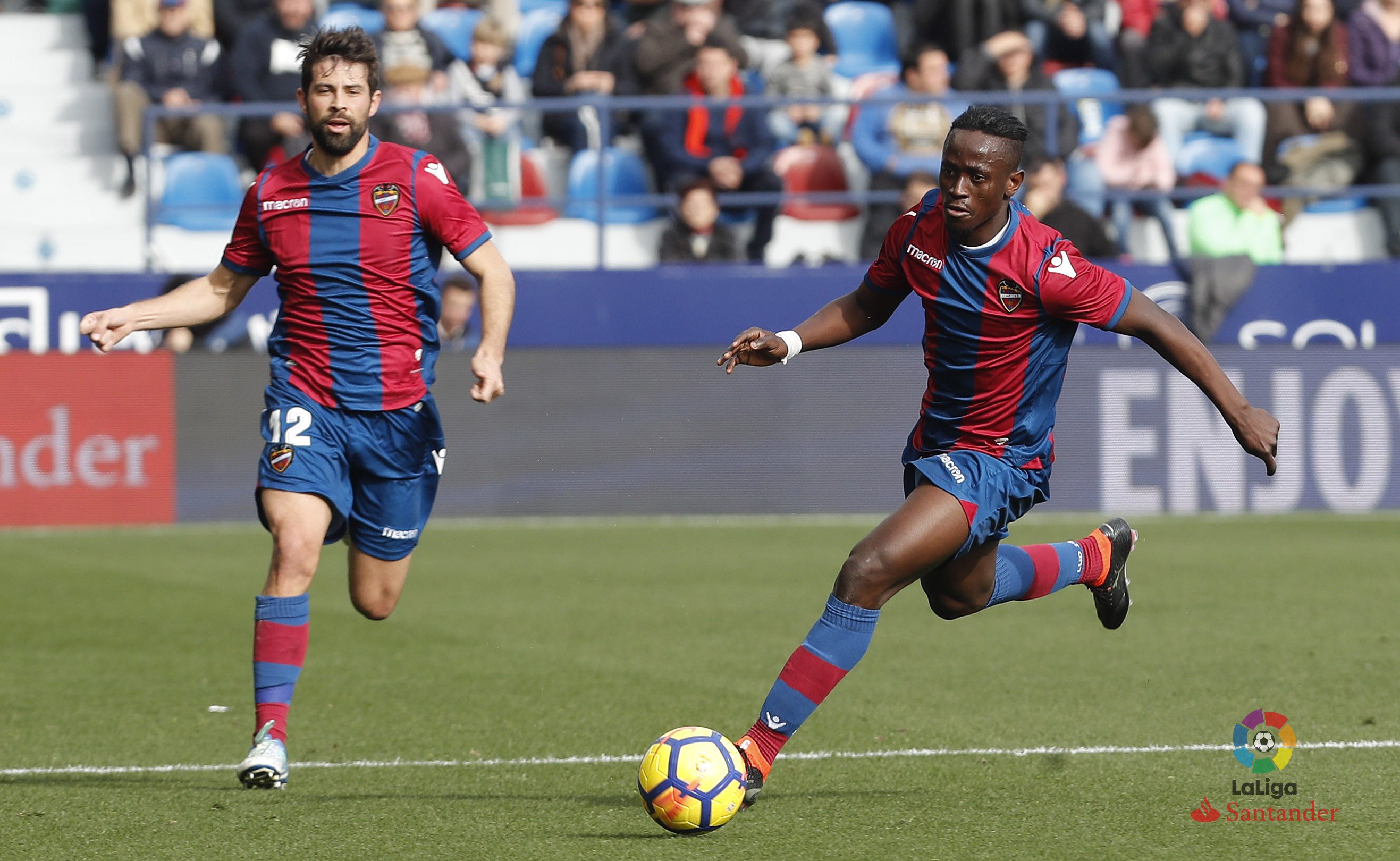 While the tension builds in the city of Valencia, here are 5 things you need to know about the Valencian Derby:

1. The Valencian Derby and rivalry is almost a hundred years old

Just 62 kilometres apart, Valencia and Levante have shared a healthy rivalry for almost a century. The first ever Valencian Derby ended 1-0 in favour of Valencia.

2. Valencia CF is not the oldest club in Valencia, Levante is.

Founded on 9th September 1909, and originally named Levante Fútbol Club, it is the oldest team in Valencia. It was incepted a whole 10 years before Valencia CF.

3. The Valencian Derby was the first match hosted at the iconic Mestalla

Valencia triumped in that inaugural clash, with a goal from Arturo Montesino ‘Monte’.

4. Levante in search of a first LaLiga competitive win at Mestalla

Having gone head-to-head on 23 occasions in LaLiga Santander, the results have swung in favor of Valencia CF with 10 victories, as compared to Levante’s seven.

However, the Granotes (frogs) have never beaten their cross-town neighbors in LaLiga at Mestalla.

5. Both teams feature a bat in their logos.

Valencia CF has had a bat in their logo since their inception in 1919 – more than 20 years before Batman first appeared. The bat is also found on the city’s official emblem.