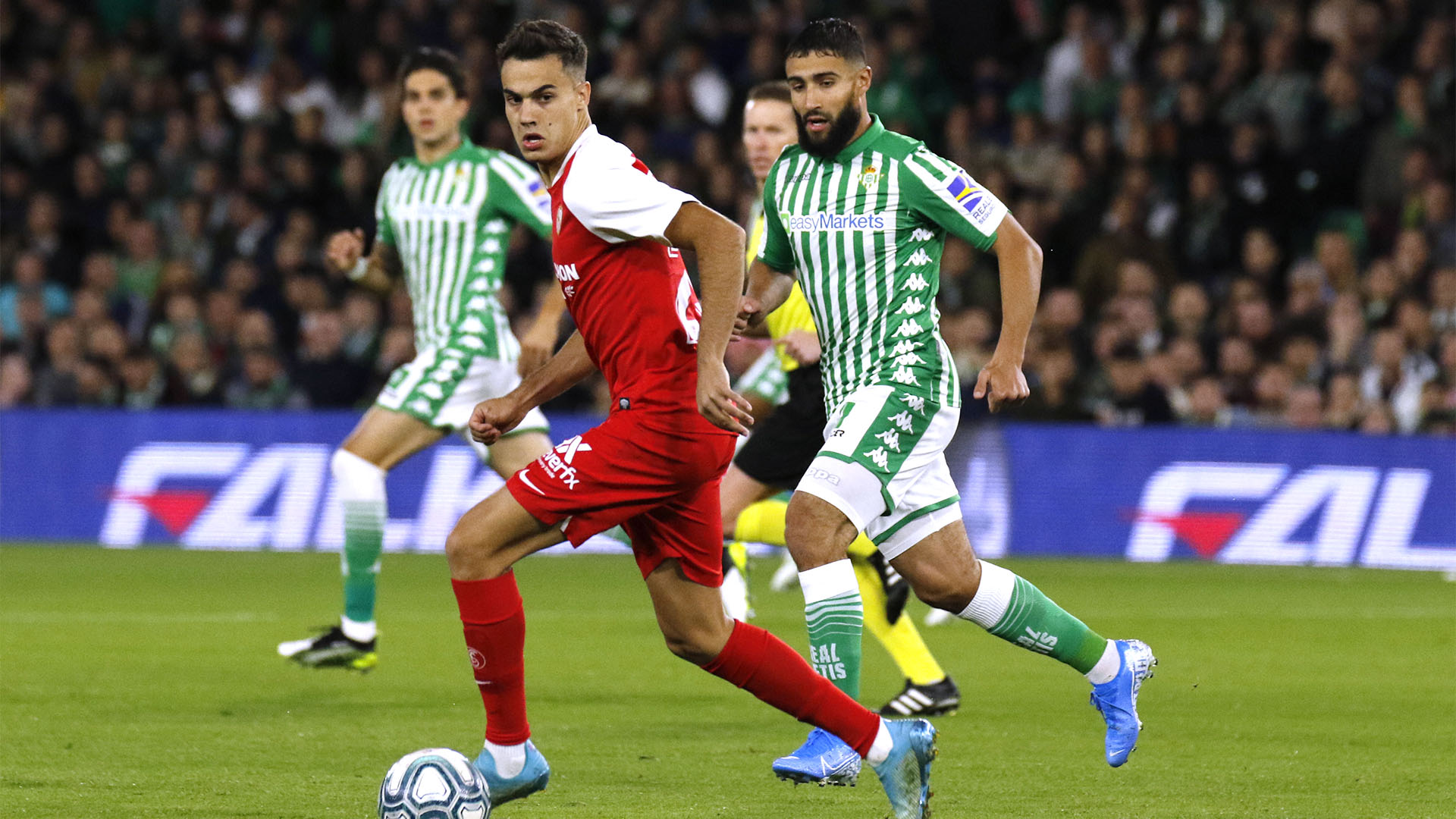 Sevilla, the Andalusian capital, is home to one of Spanish football’s most colourful derby meetings, between the city’s two LaLiga sides, Sevilla FC and Real Betis Balompié. It’s such a big game that it’s become known as ‘El Gran Derbi’… “The Big Derby.”

Both among LaLiga’s most historic clubs, and both previous LaLiga Santander title winners, the Seville derby rivalry is one which has divided allegiances and even families within the city for over a century.

A strong British influence existed when organised football was first played in Seville back in the last decade of the 19th century. The first club in Seville was created in 1890, while today’s Sevilla FC were founded in 1905. Real Betis Balompié came into being just two years later.

The Sevilla derby is full of passion and is a fixture of many anecdotes. There are so many stories about this rivalry, from the surreal to the unbelievable. Here, we outline five things you may not know about this match-up.

1. This fixture goes back a long way

Officially, the first derby between these two teams from the Andalusian capital took place in 1915, shortly after Real Betis as we know it today was formed. They earned a 1-0 victory over Sevilla thanks to a goal from Alberto Henke and paraded the trophy they were awarded around the city. Unofficially, though, this derby first took place on Valentine’s Day in 1909. Sadly, the result of that meeting has been lost to history and remains a mystery to this day.

2. Both these teams have won LaLiga, two of only nine clubs in history to do so

These two sides rank among the most successful and iconic in Spanish football history. Real Betis secured the city’s first LaLiga title, finishing top in 1934-35 under the guidance of Irishman Patrick O’Connell. Sevilla followed up a decade later, edging out FC Barcelona by a single point in the 15th season in LaLiga history.

Hometown legend Reyes, who tragically died in a road accident in 2019, is the fixture’s leading goal scorer since the turn of the century with 5 goals. One behind him sit Fredi Kanoute and Kevin Gameiro, both French-born strikers who have led the line for Sevilla in recent years. Betis have spread their goals out more, with their top scorer since 2000 being central midfielder Beñat Etxebarria, who now plies his trade for Athletic Club up north in Bilbao.

As if this derby couldn’t become any more intense, they were once paired with each other in an UEFA Europa League knockout tie, the Round of 16 of the 2013/14 edition of the continental competition. Fittingly, the tie went to penalties after both had picked up 2-0 wins away from home. The second leg may have been held at Betis’ imposing Benito Villamarin stadium but the home fans went home disappointed as Sevilla won the shootout 4-3 before going on to win the tournament on penalties against Benfica.

Historians have been arguing for a century over what took place when Real Betis and Sevilla met in 1918. What is known is that Sevilla won the match 22-0; it’s believed that Betis sent a team of children to represent them in protest at a decree which banned two of their star players from taking part due to the fact they were still completing military service.