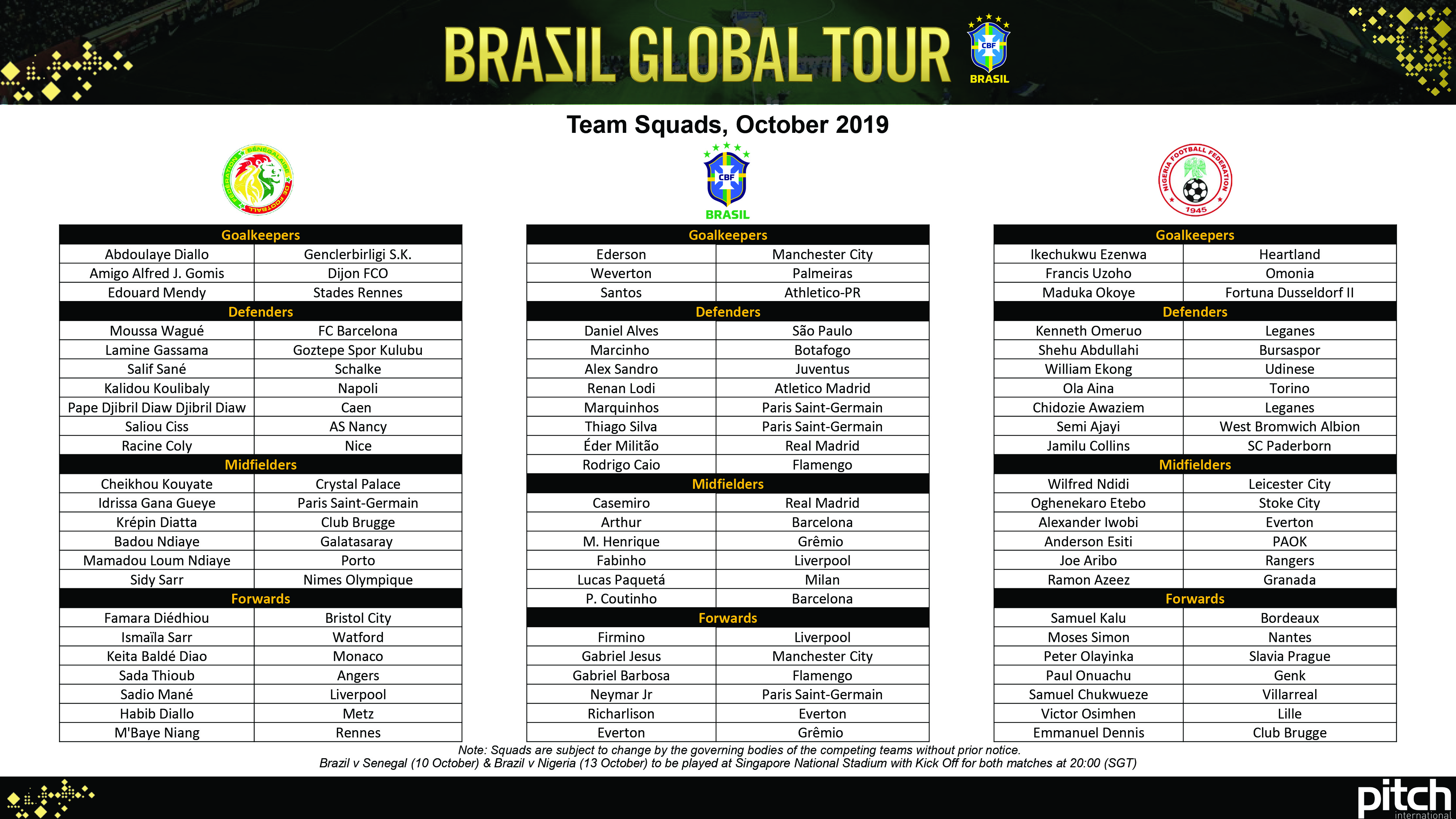 Venue:            National Stadium
Game Details:
Brazil vs Senegal, Thursday, 10 October 2019
Brazil vs Nigeria, Sunday, 13 October 2019
TICKETING DETAILS
Tickets for the Brazil Global Tour 2019 in Singapore are on sale at SportsHub: https://www.sportshub.com.sg.
Tickets can also be purchased via phone bookings by calling +65 3158 7888, and in person at the following box office locations: Singapore Indoor Stadium Box Office, The Star Performing Arts Centre Box office, Scotts Square Concierge and all Singpost outlets.
A single game ticket starts from $29*.
A bundle ticket for the two games starts from $49*.
Superfans may also choose to opt for the SuperFan Package, priced at $299* which includes VIP lanyard and pass, access to a dedicated VIP lounge (with air conditioning), Centreline platinum tickets with padded seat and drink holder, as well as refreshments.
All fans who have purchased tickets to the Singapore vs Uzbekistan World Cup Qualifier on 15 October at the National Stadium will be entitled to a 30% discount on either one of the Brazil Global Tour 2019 games in Singapore.
*Booking and transaction fees apply.