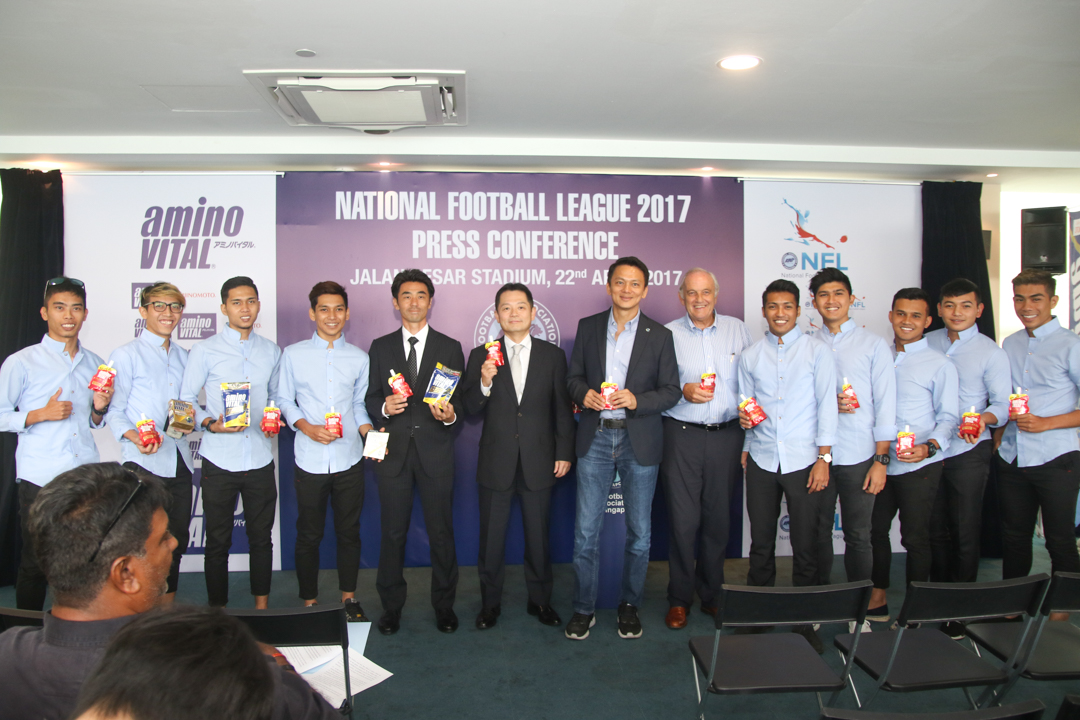 SINGAPORE, 2017, APRIL 22 – The Football Association of Singapore (FAS) is pleased to announce that Ajinomoto (S) Pte Ltd has signed a one-year sponsorship deal for the National Football League (NFL) competition.

Said Zairi Ahmari, GFA Sporting Westlake Club Secretary: “This is a good initiative by the FAS and we definitely appreciate these changes.”

The 2017 NFL season launch also saw the unveiling of the new NFL logo. The new logo, which features a football player mid-strike, communicates the bold and active spirit of the NFL teams. It comprises red and blue colours, with the former representing strength and passion and the latter symbolising stability and honesty.

The NFL Division One season will be kicking off at 7.30pm today with reigning champions Eunos Crescent FC meeting GFA Sporting Westlake FC. The match is one of 23 NFL Division One matches which will be livestreamed this season. NFL Division Two kicks off earlier at 5.00pm, with Warwick Knights FC and Kembangan United FC playing the first game. Both matches will be played at Jalan Besar Stadium.