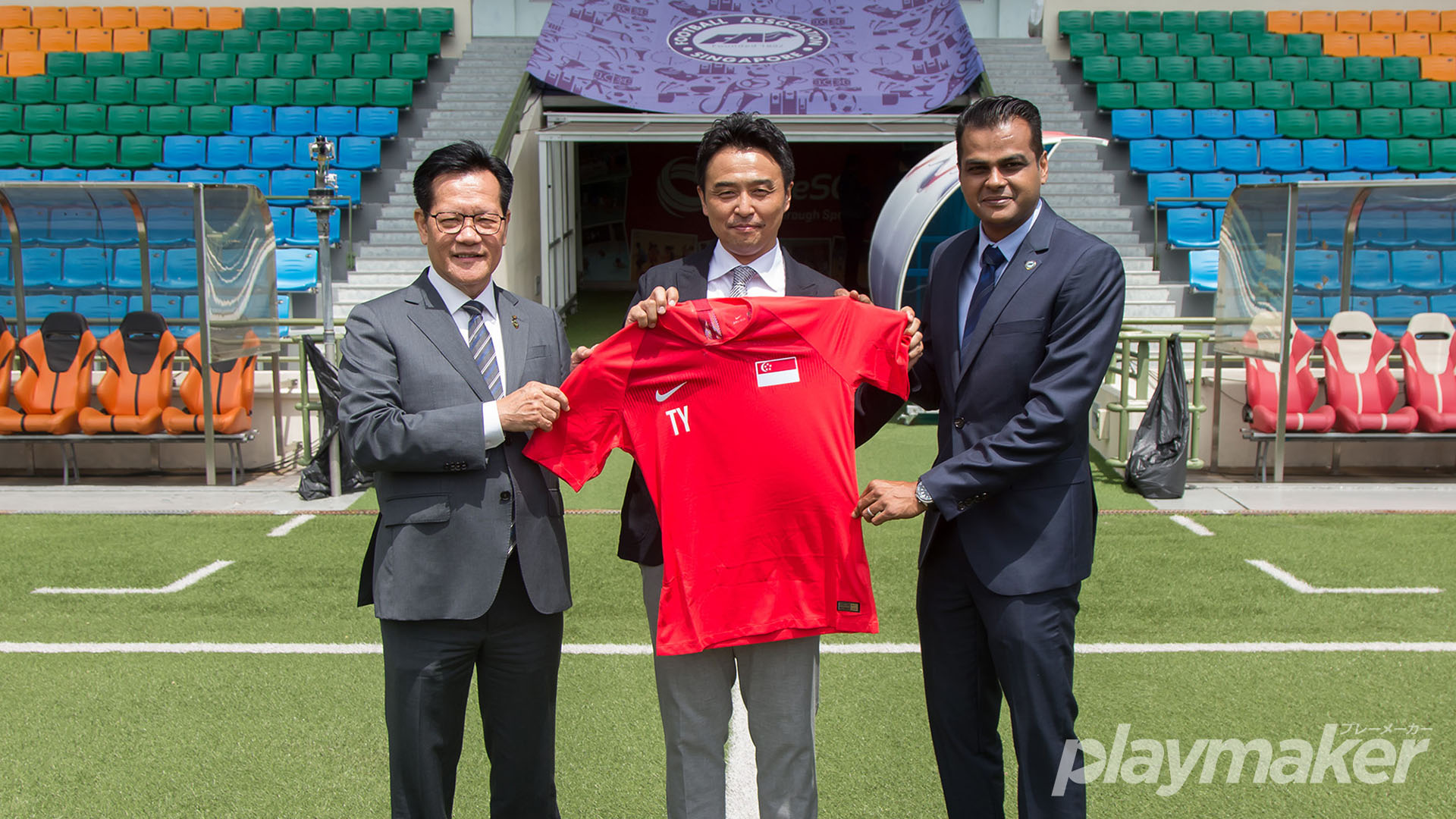 SINGAPORE, 2019, MAY 30 – Former J.League manager Tatsuma Yoshida has been appointed by the Football Association of Singapore (FAS) as its National Team Coach with effect from 1 June 2019.

The 44-year-old started his coaching journey in Japan as Kashiwa Reysol’s youth team coach (2003 – 2010) before he was appointed the club’s sports director (2011 – 2014). Tatsuma took up his first head coach position with Reysol in 2015 before moving to Albirex Niigata and Ventforet Kofu. 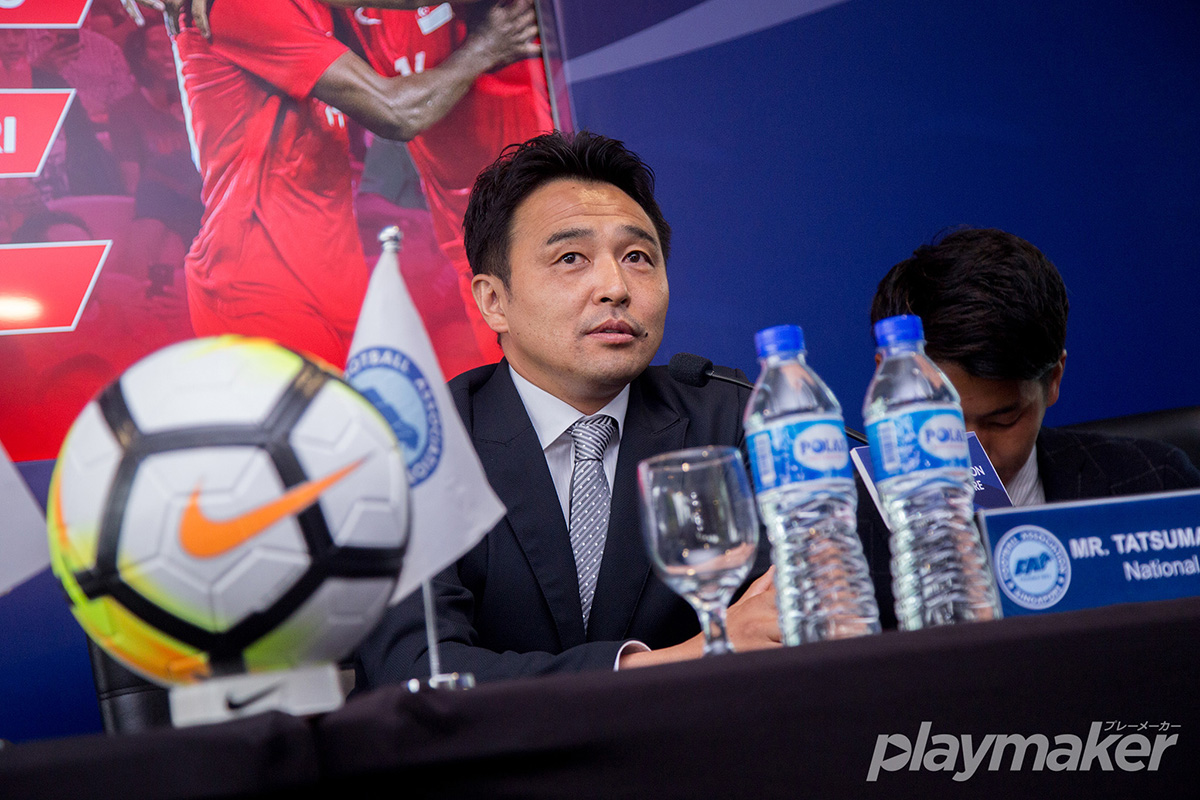 “I am honoured to be appointed Singapore’s National Team Coach and thankful for the trust that FAS has placed in me. This position bears heavy responsibilities which I will undertake with commitment and pride,” commented Tatsuma. “While I am aware that this is no easy task, I believe in the potential that Singapore football has to reach greater heights and success on the international stage and look forward to embarking on this journey with the players and fans.”

“Teamwork is crucial in order for us to succeed which is why I am pleased to have local legends like Fandi and Nazri on board this journey. The synergy in my partnership with Fandi will be of utmost importance as the Under-22 team is critical to the long-term objectives of the National Team.”

Tatsuma will be working closely with Under-22 National Team Head Coach Fandi Ahmad to develop a pipeline of players for the National Team. Together with newly appointed Technical Director Joseph Palatsides, the trio aim to build the National Team from the youth level and ensure a proper structure that encompasses player development and a congruent style of play is in place. 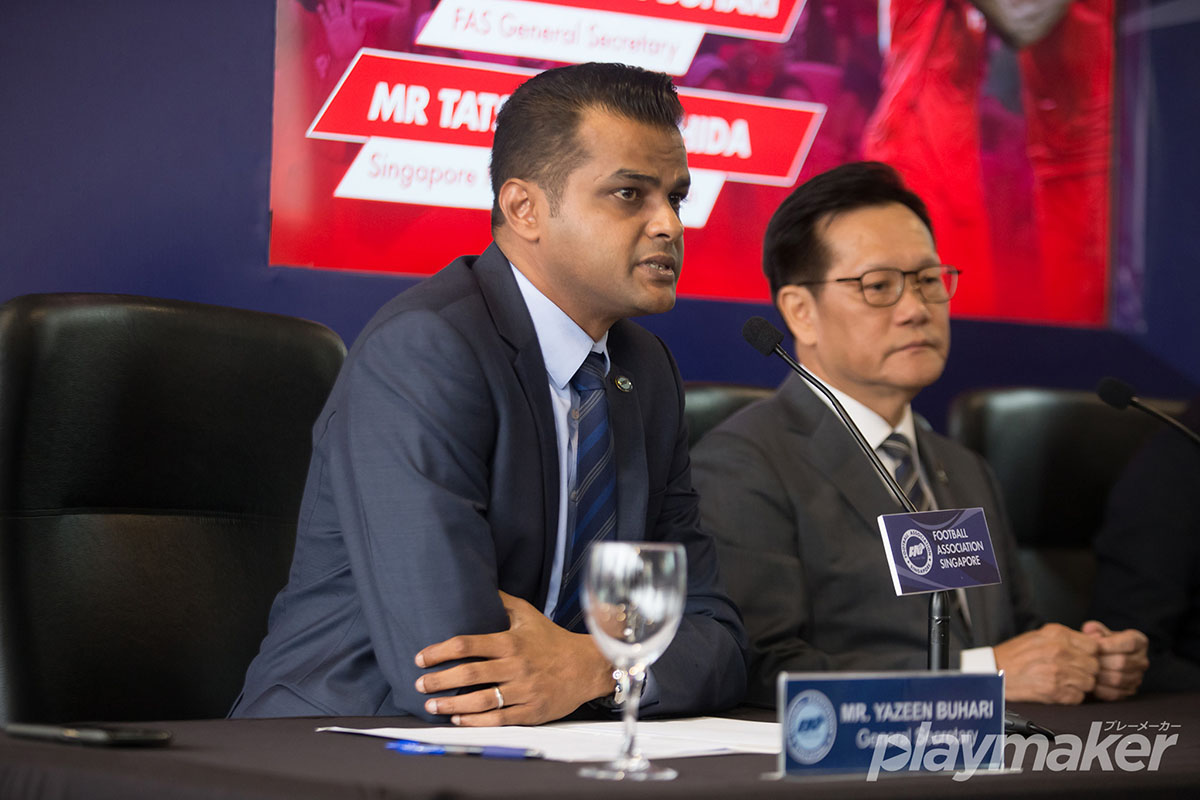 FAS General Secretary Yazeen Buhari said he was delighted to welcome Tatsuma to the role.

“We undertook a rigorous recruitment process and spoke to some excellent candidates regionally and globally,” he said. “It was important that we found the best person with the attributes and experiences needed to fit into our system and achieve our objectives.”

Tatsuma comes highly recommended by the Japan Football Association and his appointment was made after careful consideration and evaluation by the Selection Panel.

Yazeen added: “Tatsuma’s immediate job is to lead the Lions at the upcoming two friendly matches against Solomon Islands and Myanmar, while also working closely with both Fandi Ahmad and Nazri Nasir, in preparation for FIFA World Cup 2022 Qualifiers later this year. Much hard work remains ahead and we will ensure Tatsuma gets all the support he needs. At the same time, we also look forward to the continued support of our stakeholders, including the fans, media and sponsors, which is critical to our success.”

Fandi Ahmad, who leads the Under-22 National Team, commented: “Nazri and I met with Tatsuma and I found him to be very sincere with his desire to work alongside the Under-22 team to build up and develop players for the senior team. This is also my vision and I look forward to working closely together with Tatsuma to achieve this.” 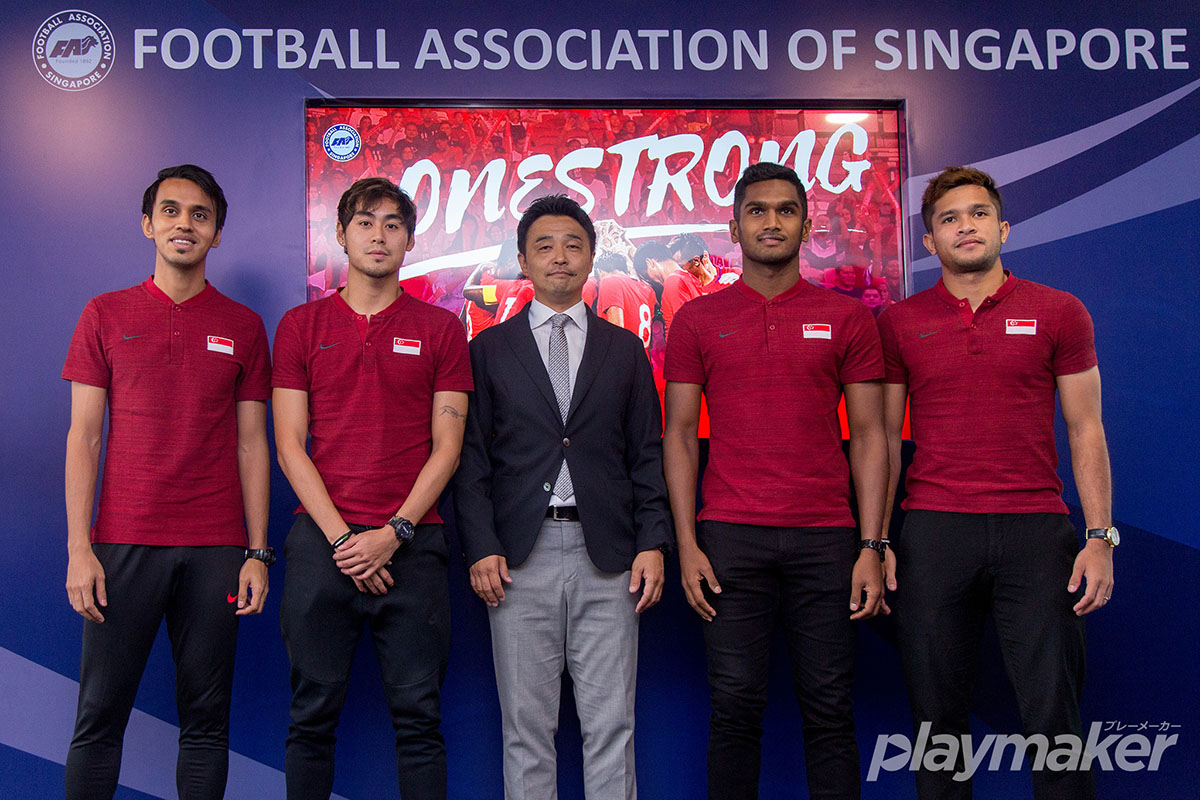 Tatsuma’s first assignment as National Team Coach will be the upcoming international ‘A’ friendlies against Solomon Islands and Myanmar on 8 and 11 June respectively.

National Team Assistant Coach Nazri Nasir said: “My job is to help Tatsuma familiarise with the players as soon as possible in this short period of time and assist him in any way possible. With my knowledge of our local players combined with Tatsuma’s tactical know-how, we aim to hit the ground running with the upcoming international friendlies.”

Having started his analysis of the players prior to arriving in Singapore, Tatsuma finalised the 18-man squad today, with Fandi’s and Nazri’s inputs taken into consideration.

The National Team will gather for their first centralised training session under Tatsuma on Monday, 3 June in preparations for the friendlies.