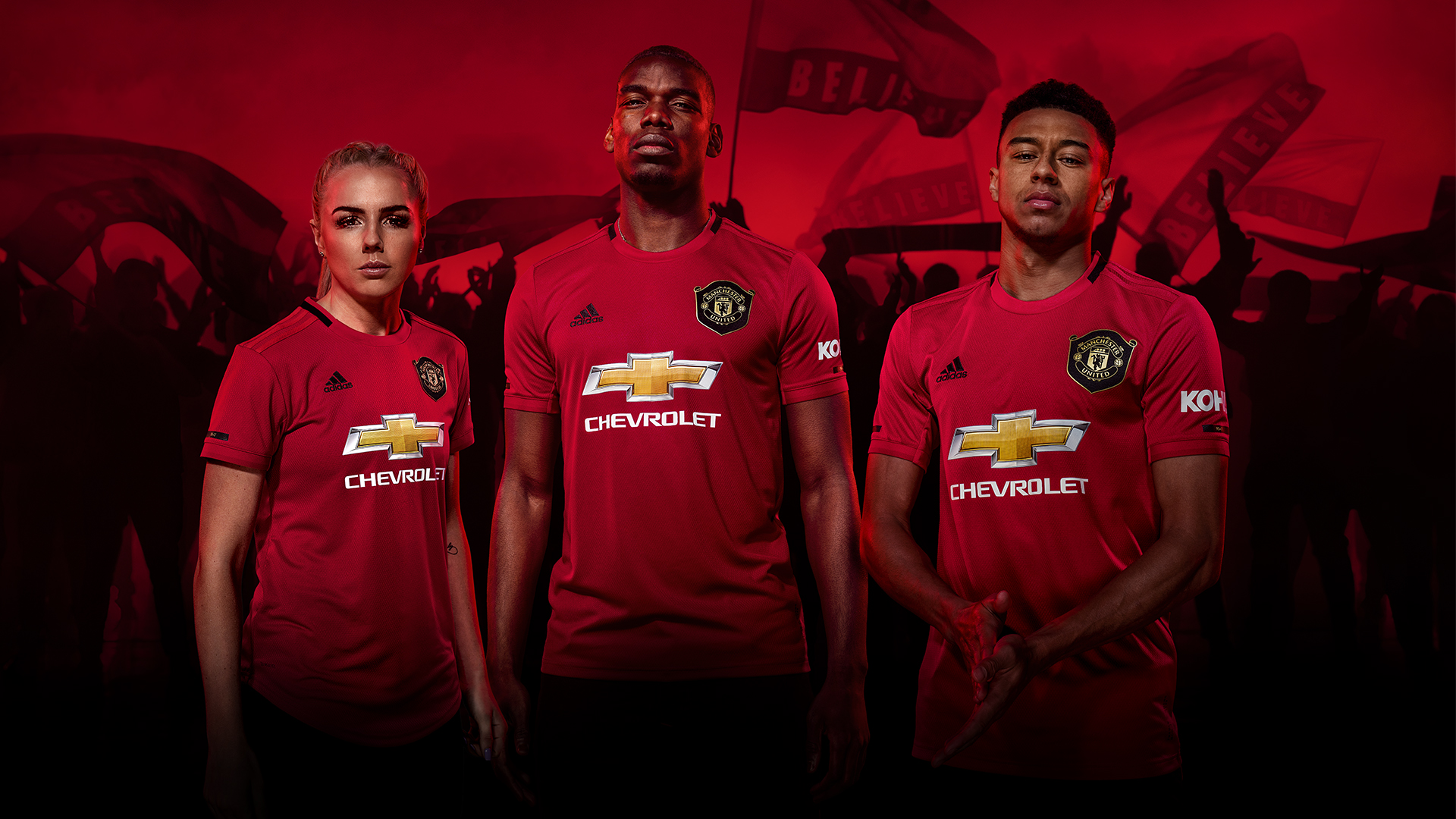 SINGAPORE, 2019, MAY 16 – adidas Football has today unveiled the new Manchester United home kit for the upcoming season, paying homage to the incredible 1998/1999 season in which the club made history by becoming the first club ever and since, to win the Premier League, FA Cup and UEFA Champions League; completing the iconic treble. 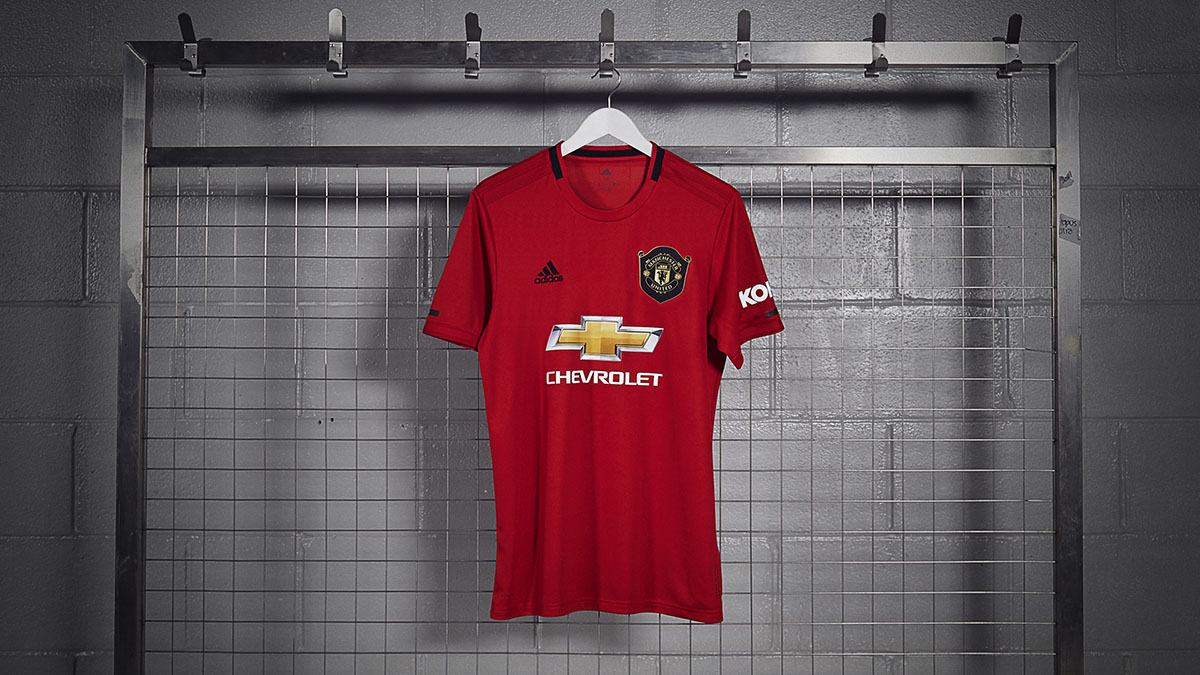 History was made 20 years ago to clinch the treble, following an epic Champions League Final, which saw United battle back from behind to defeat Bayern Munich 2-1 in Barcelona, with goals from Teddy Sheringham and, now Reds manager, Ole Gunnar Solskjaer.

The minutes of when those famous goals were scored – the 91st and 93rd respectively – are shown on each sleeve of the new adidas jersey for the forthcoming season. The dates of the three title wins are also displayed along the bottom of the shirt. 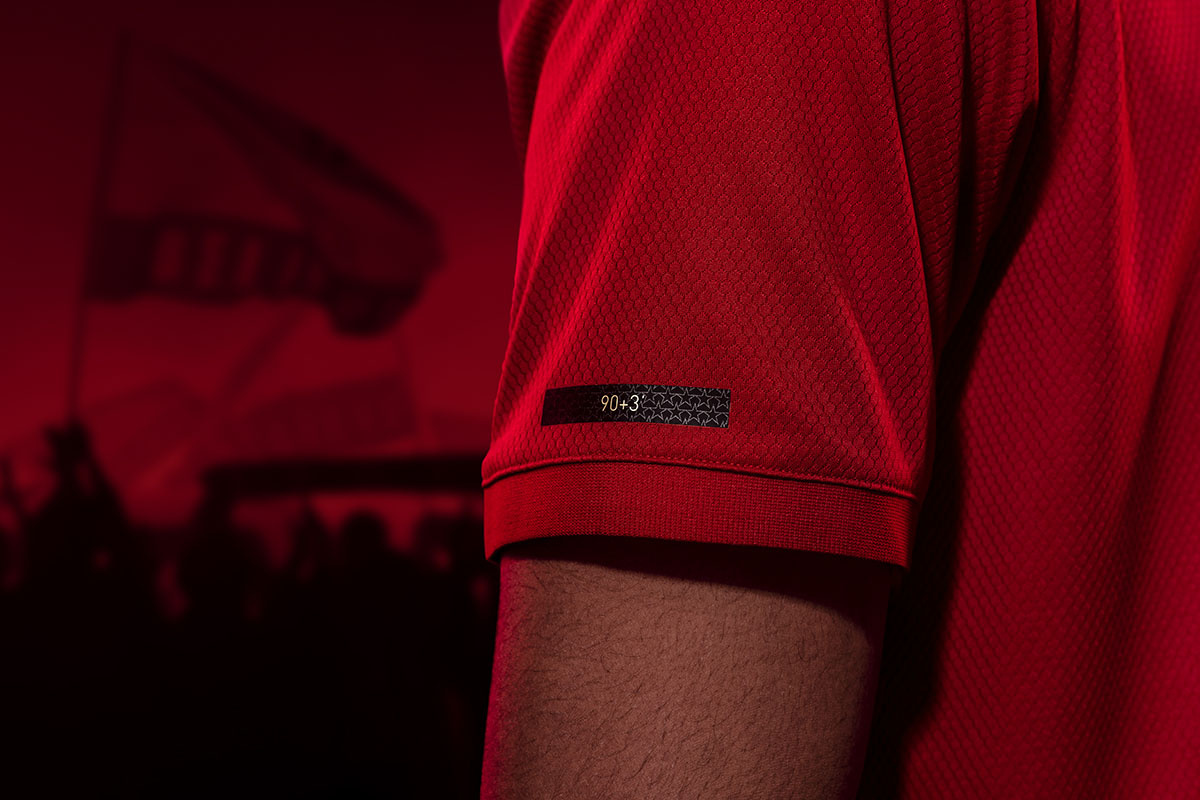 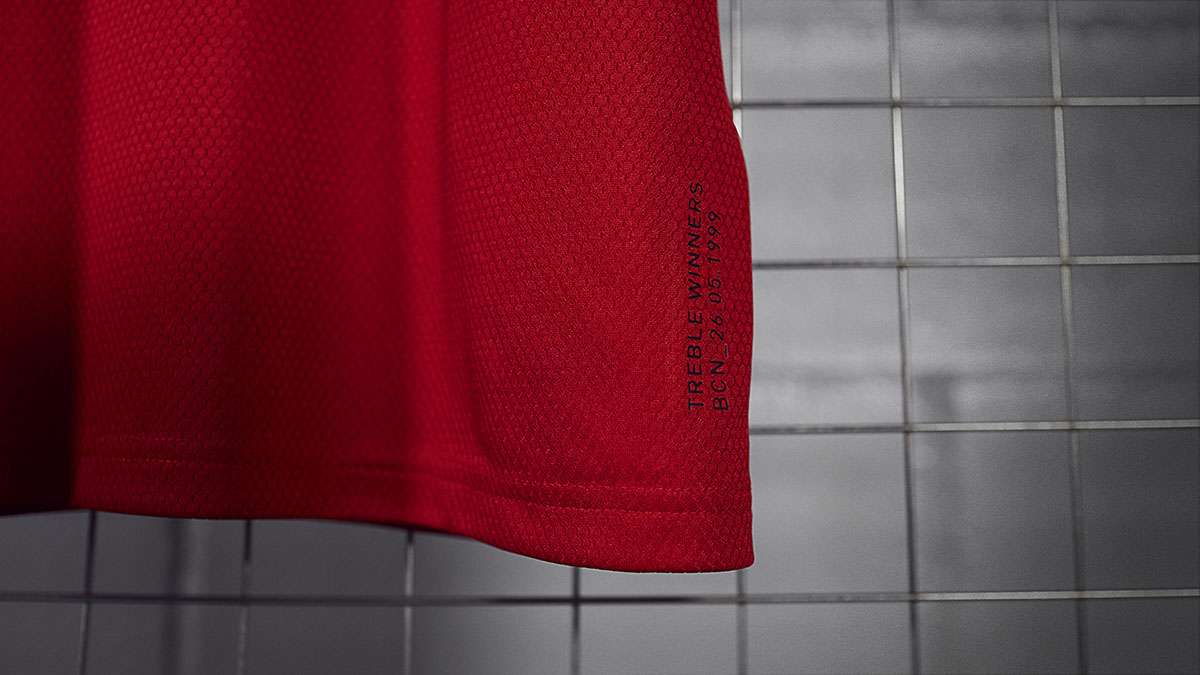 An all new commemorative crest design of bold black with gold stitching, taking inspiration from the one worn that season, completes the shirt. The shirt is accompanied with white shorts and black socks. 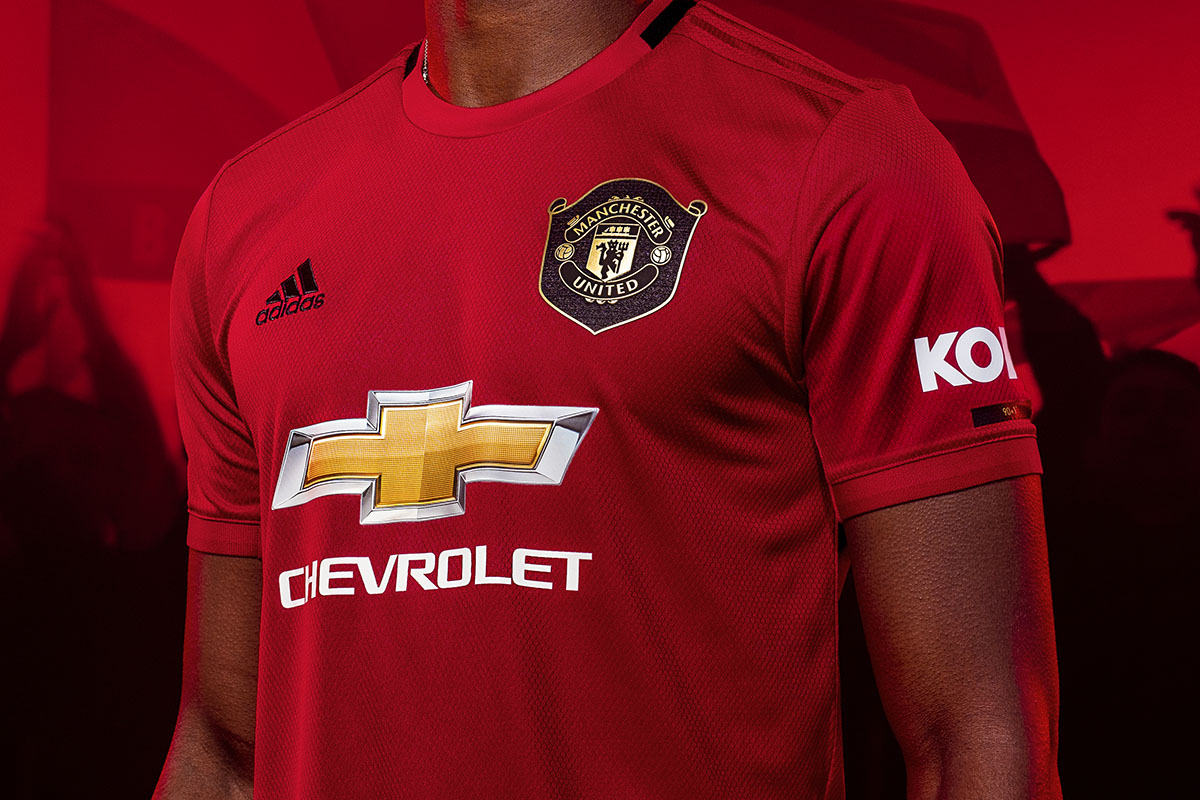 Alongside the jersey, there is also an authentic version available to buy, which will be the same worn by the team on the field of play, and shirts specifically for children and women. 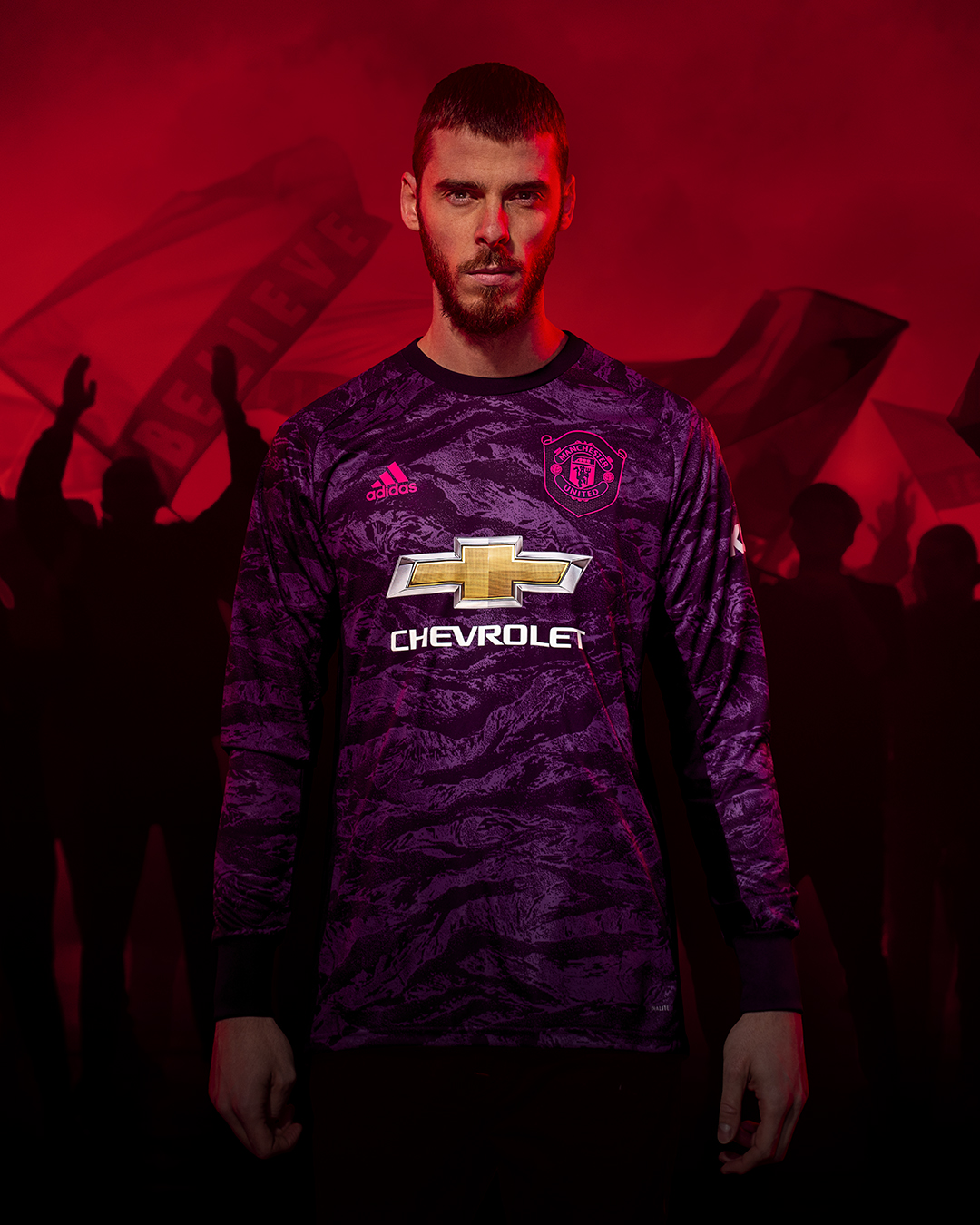 The home goalkeeper jersey will come in a tiger pattern featuring a dark purple two-tone design, referencing the top worn by Peter Schmeichel during the 98/99 season.

The new Manchester United home kit will be worn for the first time on pitch in an anniversary game vs Bayern Munich at Old Trafford on 26 May 2019. It will feature players who played in the famous match, 20 years ago. The first team will then wear the jersey in Perth on 17 July, during their preseason tour, against Leeds United.