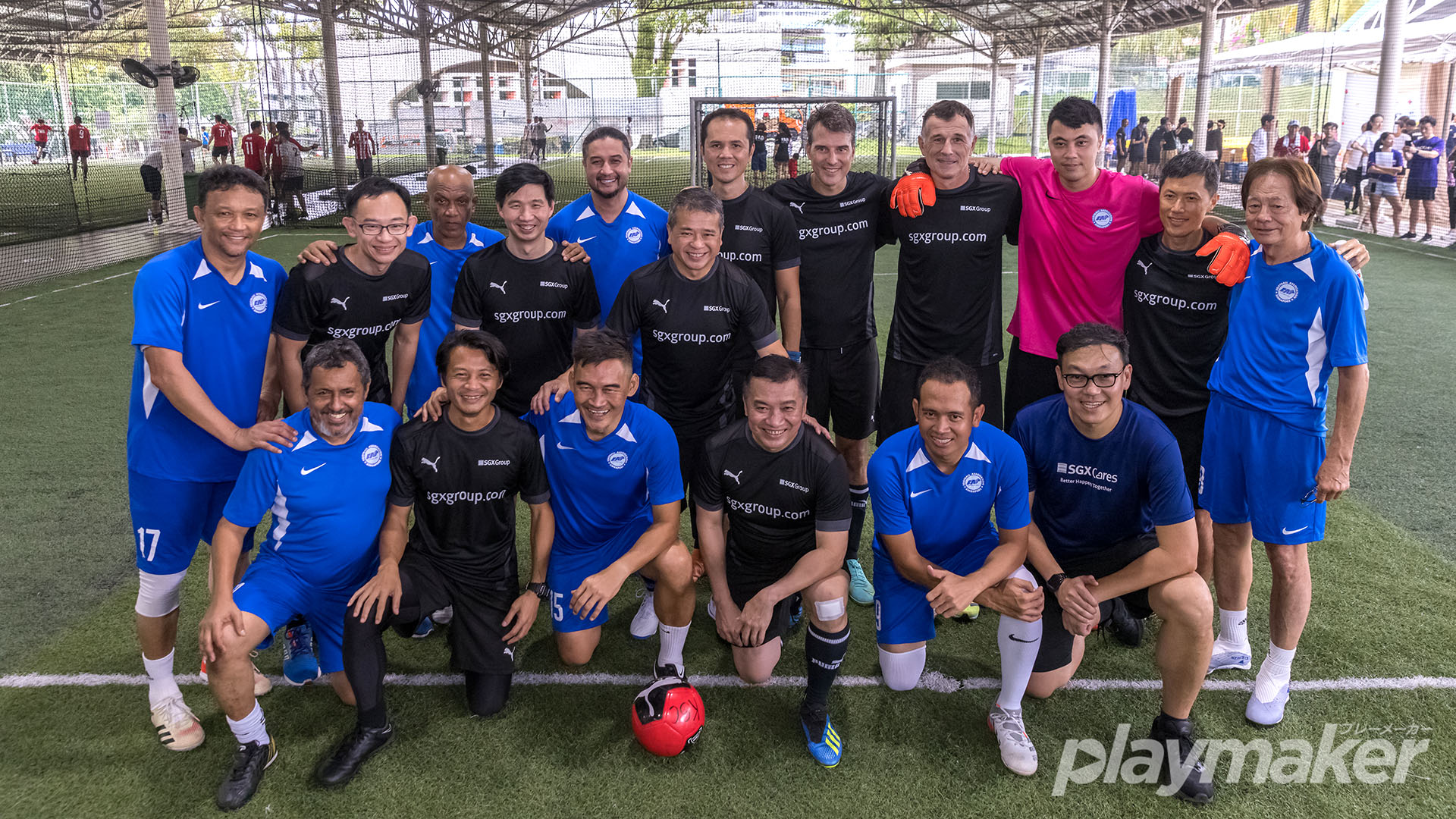 2022, SEPTEMBER 17 – The SGX Cares community scored another goal for beneficiaries today with the return of the Bull Charge Charity Futsal tournament, as registrations for the grand finale Charity Run ramped up.

Guest-of-Honour, Minister for Culture, Community and Youth Edwin Tong, joined Fandi Ahmad and other former Singapore international football legends, MediaCorp celebrity father-and-son duo of Zheng Ge Ping and Calvert Tay alongside other entertainment artistes, in a fun-filled day at Kovan Sports Centre in Singapore. In total, 31 teams including all-women’s squads as well as youth players battled it out for a good cause.

The 7th edition of the event, kicked off by Singapore Exchange (SGX Group) Chief Executive Officer Loh Boon Chye, raised S$111,000 – all of which will be channelled via Community Chest to the adopted beneficiaries for 2022: AWWA Ltd., Autism Association (Singapore), Fei Yue Community Services, HCSA Community Services and Shared Services for Charities.

SGX Cares, the collective name of SGX Group’s CSR pillars of Bull Charge, Outreach and Financial Literacy, aims to create positive impact by activating the power of community. Bull Charge, the flagship fundraising initiative, has raised over S$44 million since 2004 for more than 50 charities and a variety of causes, through the support of corporate sponsors and partners from the international financial community.

Lee Beng Hong, SGX Cares Bull Charge Organising Chairman and SGX Group’s Head of Fixed Income, Currencies & Commodities, said, “We are delighted to be back with Bull Charge Charity Futsal, rallying our diverse community for a meaningful day of sportsmanship and inclusivity. We believe that ‘Better Happens Together’ – with the unwavering commitment of our corporate sponsors and partners, our beneficiaries will continue to be the winners on and off the pitch.”

To round off the SGX Cares fundraising year, the 19th annual Bull Charge Charity Run will be held in a hybrid format, with a virtual run starting on 28 October through to an in-person run that flags off from The Float@Marina Bay on 11 November.