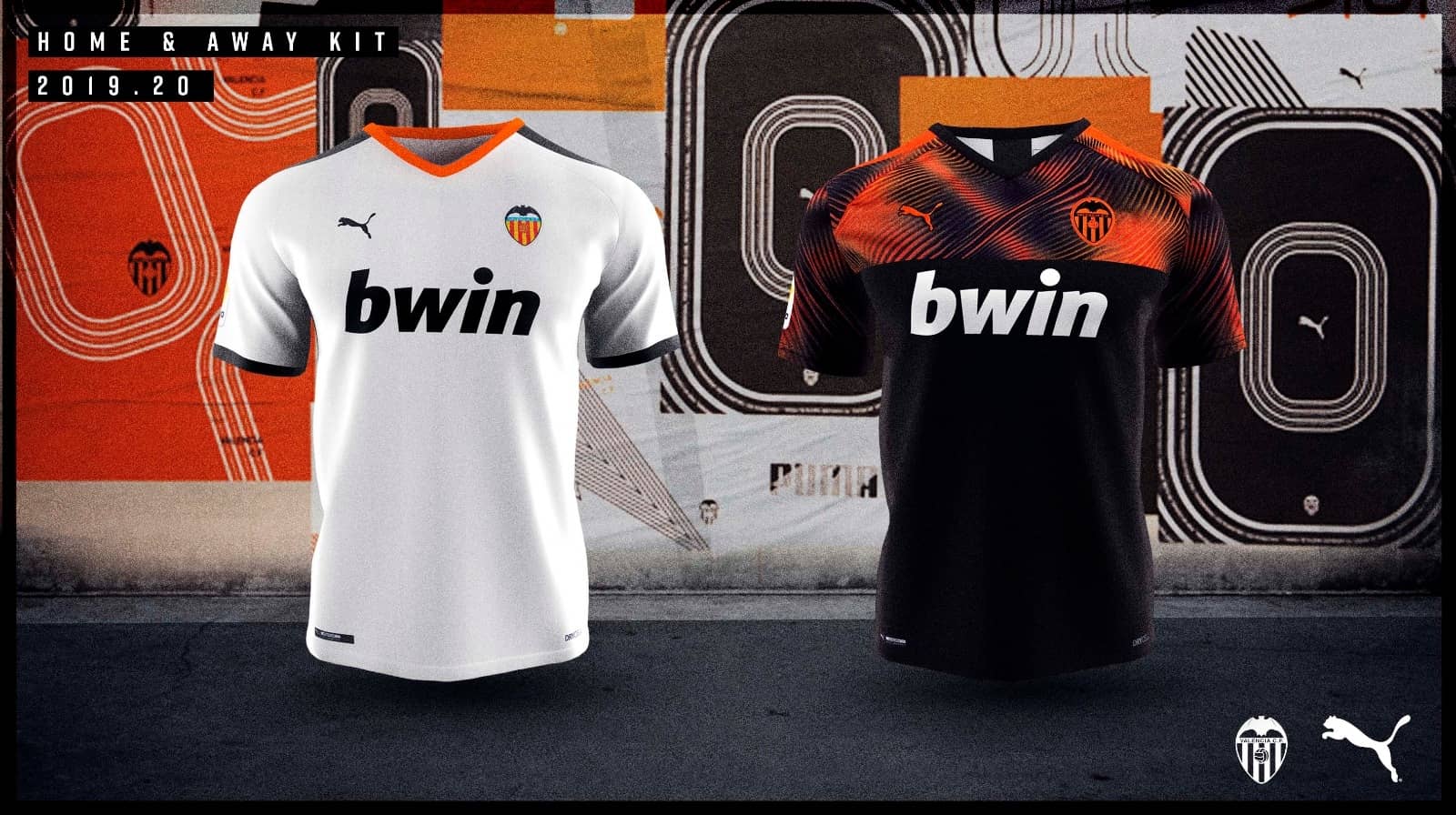 A tribute to the club’s intense relationship with its city and its legendary stadium.

VALENCIA, 2019, JULY 04 – EL FÚTBOL ES DE LOS VALIENTES (Football is for the brave) is the motto that unites PUMA and Valencia CF during the presentation of the new kit for the next season. This way PUMA pays tribute to a club and its passion rooted in BRAVERY (Spanish: VALENTÍA) – which has its origin in the Roman name of the city “Valentia” – and this bravery is in their DNA as a mix of courage and determination, which allowed them to be one of the Spanish teams with the most national and international titles. 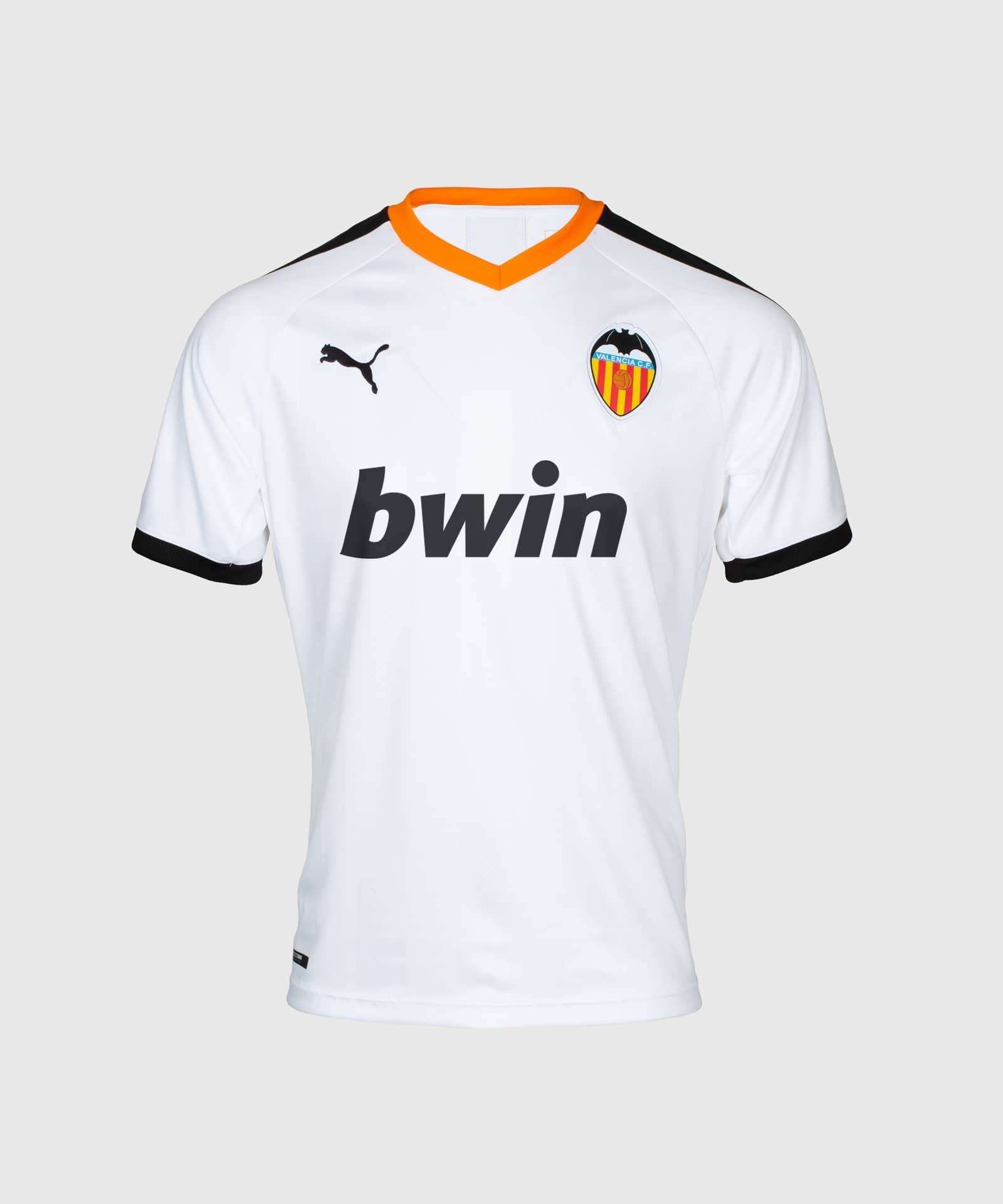 With the design of the new kit, PUMA references the special connection Valencia CF has with its stadium, the legendary Mestalla Stadium, and its city by using one of the cultural symbols that made it famous worldwide, the Fallas.

The signature intensity of the Mestalla Stadium’s colours has been transferred to the home kit’s shirts with an explosive combination of white, orange and black. Four vertical tonal stripes on the front of the shirt represent the stripes of Valencia’s flag. The form-stripe on the shoulders is coloured black in honour of the fearsome bat on the team badge. 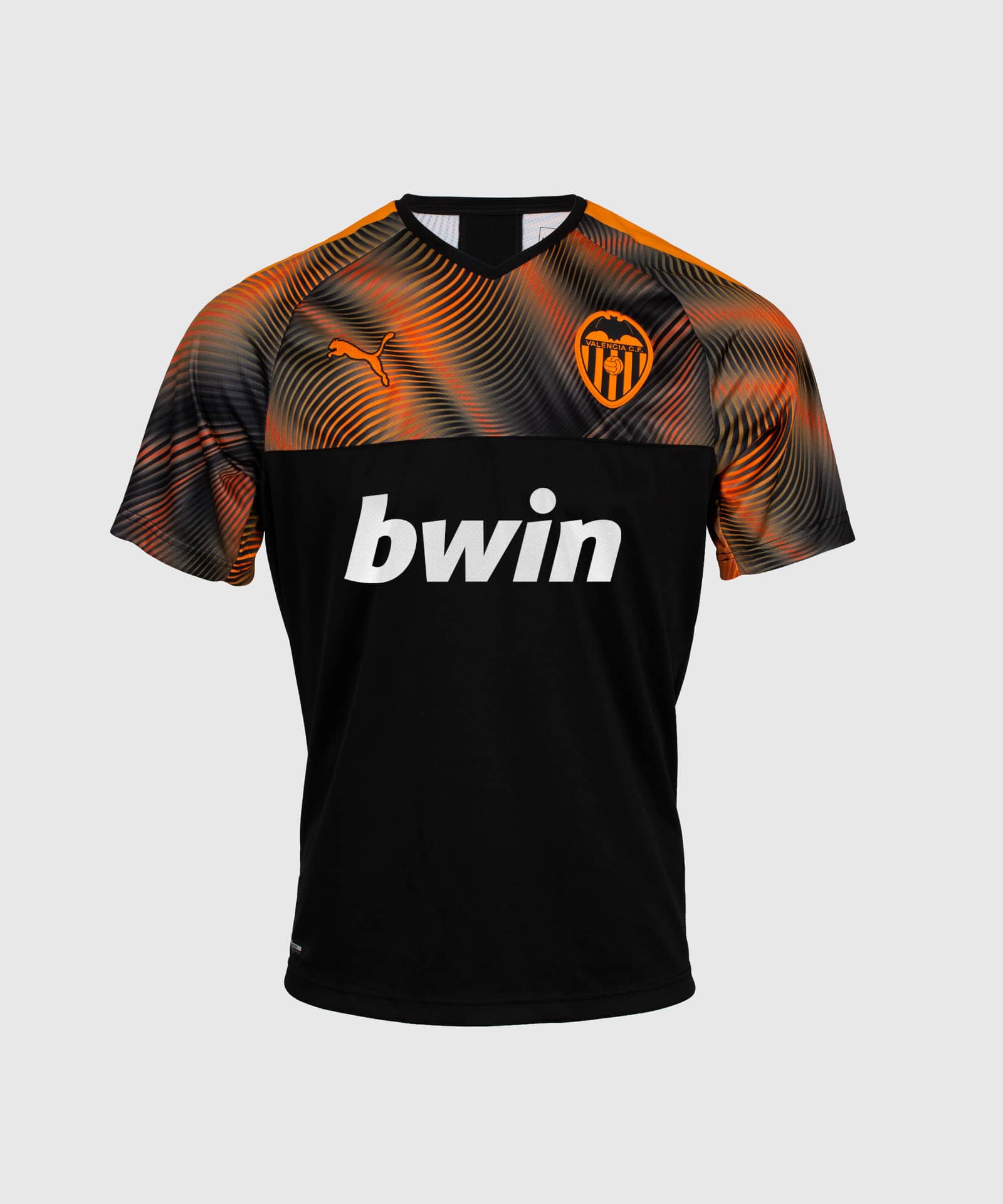 The away kit’s shirt is inspired by the Fallas, the world-famous celebration of fire and passion, and the spectacular Nit de la Cremà (night of the burning) served as a reference for the fiery “colour flux” graphic that covers the upper half of the chest.

Each shirt is equipped with PUMA’s thermoregulation technology evoKNIT, which allows for an improved moisture administration system to provide the perfect body temperature. Combined with a seamless design, these models offer the latest trend when it comes to fit and mobility for optimal performance.

The shirt will be presented in the La Almoina Archaeological Museum, the perfect place to visit the Roman Valentia on a journey through the archaeological remains of the city’s origins.

The new kits are now available in the e-shop of Valencia CF, in the official stores of Valencia CF (Megastore Ayuntamiento and Mestalla) today at 8:30pm (GMT +2) and all PUMA stores, sports stores and puma.com starting tomorrow.