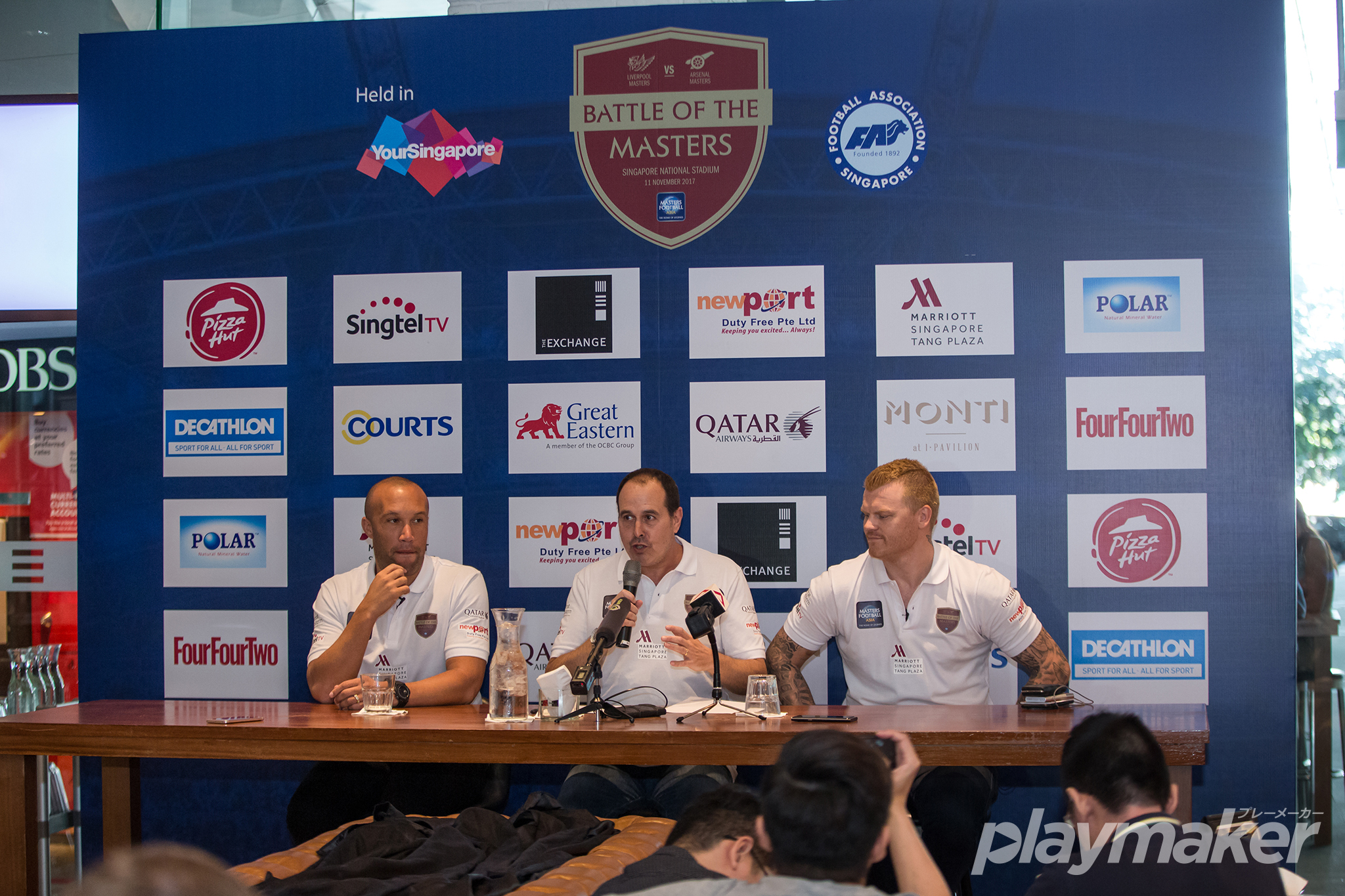 SINGAPORE, 2017, JUNE 14 – The dust has settled on the English Premier League with the final games played and Liverpool finishing in fourth place, one point above Arsenal in the League, denying the Gunners a spot in the Champions League Play-offs.

Come November 11, the rivalry will be renewed when the Arsenal Masters play Liverpool Masters for the annual Masters Football series of tournaments at the Singapore National Stadium.

The Liverpool Masters, who are regular visitors to Singapore, will take on their old rivals with familiarity and confidence on their side, having won both their previous matches here against the Singapore Masters (2014) and Manchester United Masters (2015).

Former Liverpool and England goal keeper David James makes a return to Singapore after his superb performance against the Germany Masters last year. He will be reunited with former team mate Steve McManaman, another familiar face at the National Stadium. Left-back, John Arne Riise will feature for the Liverpool Masters in Singapore for the first time, while winger and Anfield favourite Luis Garcia adds to the midfield dynamics.

Unveiling the initial names for their team, the Arsenal Masters brings with them players from two of the most successful eras under Arsene Wenger’s reign – the double-winning team of 1998 and the 2004 Invincibles. 2004 Invincibles pairing Robert Pirès and Gilberto Silva will once again weave their magic in midfield, this time alongside  1998 double-winner Ray Parlour, while Nigel Winterburn makes up the back line. Mikaël Silvestre, a later addition to Wenger’s Arsenal has also confirmed his spot on the team.

Both Silvestre and Riise are in Singapore to announce the November 11 match-up and shared their views of playing with their former team mates.

“Signing for Liverpool in 2001 was a big moment for me because Liverpool is very big in Norway, so it’s amazing. It’s been one year since I retired and I’m enjoying myself, but I do miss football! I love Singapore and the people; they’re amazing. I can’t wait to come back and spend more days here,” shared John Arne Riise. 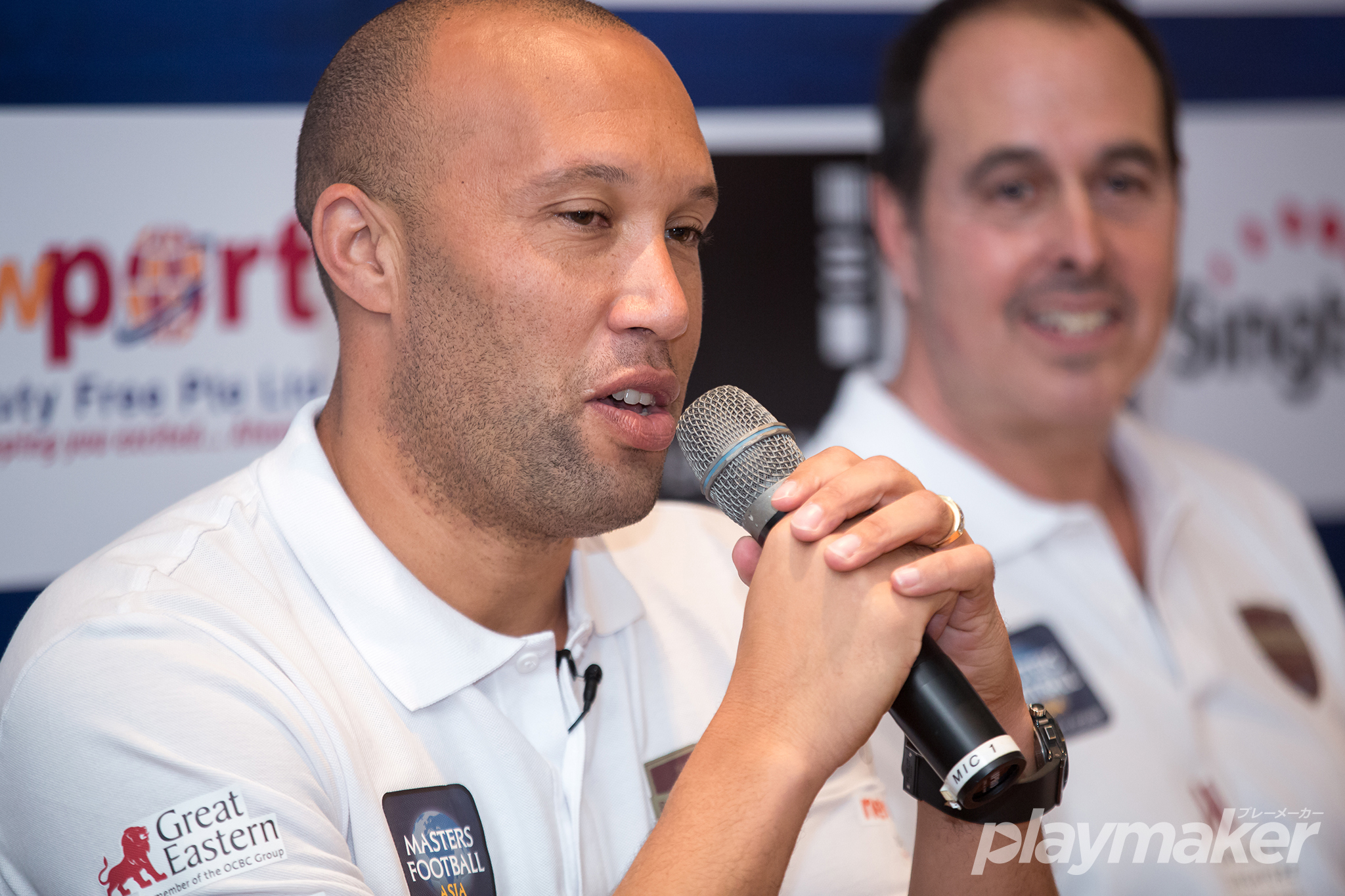 “Arsenal’s heritage and history are what make the club special. It will be a great occasion for us to get together again and to share the moment. The stadium is fantastic and it’s also nice to play with different generations. It’s also all about meeting the fans, so I’m really looking forward to it,” said Mikaël Silvestre.

“We are delighted to stage another Masters game involving two of the biggest names in English football. The support for both teams is tremendous in Singapore and given where the teams finished in the League this season, we thought it would be appropriate for the former players of both teams to take to the pitch here in Singapore and ‘settle old scores’,” concluded Steve Black, Chief Executive Officer of Masters Football Asia.

Tickets for Liverpool Masters vs Arsenal Masters presented by Masters Football Asia are available from 15 June, 10am at www.mastersfootball.com and Sports Hub Tix www.sportshub.com.sg/sportshubtix/. Tickets start from $20, Family packages (two adults & two children below the age of 12) are available from $88 and VIP Packages at $200.

Fans are advised to purchase tickets early so as to enjoy ticket savings and to earn the opportunity to win “money can’t buy” experiences and privileges.

From 15 June to 31 August 2017, Standard Chartered Credit/Debit Card holders will enjoy 20% off regular ticket prices. In the same period, ticket buyers can enter a contest and stand a chance to win themselves the opportunity to be an assistant manager to either of the teams. Assistant manager privileges include a spot on the team bus as the teams make their way to the National Stadium, warming up with the teams on the pitch before the game, and finally, taking their place amongst the players on the team bench. Four assistant manager roles are up for grabs and interested parties can check out both the Masters Football Asia’s Facebook and Instagram platforms for more details.