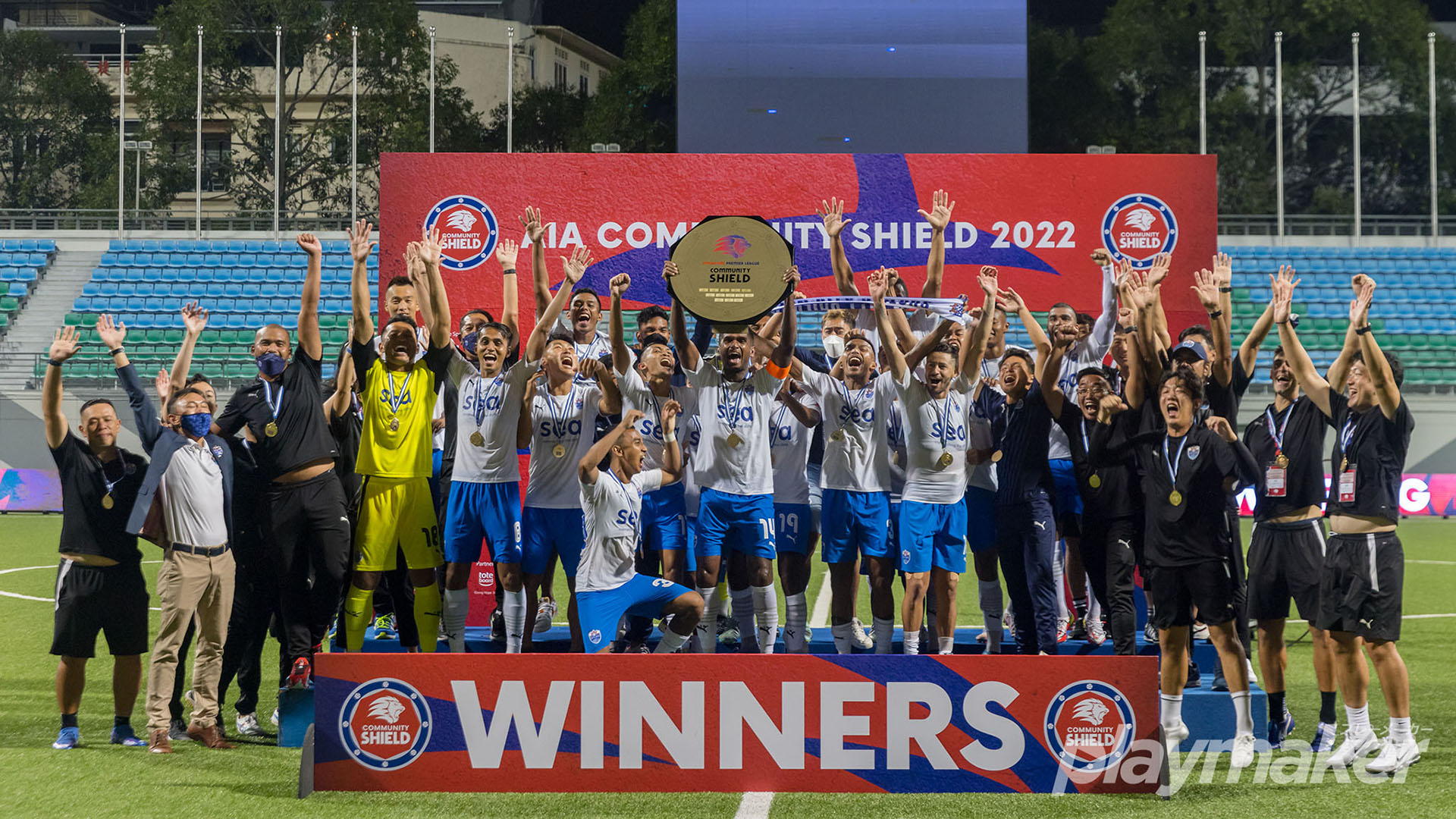 SINGAPORE, 19 FEBRUARY 2022 – The first piece of silverware of the 2022 domestic season was won by the Lion City Sailors in dramatic fashion on Saturday evening at the Jalan Besar Stadium.

The defending AIA Singapore Premier League (SPL) champions dug deep to overcome Albirex Niigata (S) in the 2022 AIA Community Shield and record their first triumph in the fixture – the 14th edition of the annual curtain-raiser.

In front of a 983-strong crowd, Kim Do-hoon’s charges ran out 2-1 winners courtesy of a brace from new striker Kim Shin-wook after their Japanese opponents had taken the lead through Tadanari Lee.

Sailors Head Coach Kim Do-hoon said: “We wanted to bring the Shield back home and I am proud of the boys as they gave everything. We have never beaten Albirex (in the past)… now we have finally got a win against Albirex and I hope it will help to give us a good start in the league next week.”

His counterpart, Albirex Head Coach Kazuka Yoshinaga, said: “Although we lost, there were good points from the game; we have to bear in mind we have been together for just two weeks and we can improve as the season goes on.”

Before kick-off, there were a cheque presentation for S$16,000 by Football Association of Singapore (FAS) President, Mr Lim Kia Tong to Mr Steve Kon, Executive Director for New Life Community Services. The amount, which comprised donations from the FAS, a number of SPL clubs and gate proceeds, will aid New Life – a social service agency in Singapore – in their mission of serving the community and mentoring the next generation.

When proceedings got underway, Albirex made the better start as they went in search of a fourth Shield and they were rewarded on 14 minutes. Former Japan star Lee, who scored the winning goal in the 2011 Asian Football Confederation (AFC) Asian Cup final, won and coolly converted a penalty on his first appearance for the White Swans.

Keito Hariya hit the bar with a header six minutes later as Albirex looked to double their lead but the Sailors settled into the game as the half wore on, which saw them equalise on 41 minutes. Tajeli Salamat’s pinpoint cross from the right was headed in by Kim as he got ahead of opposing goalkeeper Takahiro Koga.

Hassan Sunny had to pull off two brilliant saves to deny Lee and Masahiro Sugita after the break and his heroics proved to be crucial. With three minutes left in regulation time, substitute Diego Lopes was released down the right and he picked out Kim. The South Korean international acrobatically volleyed the ball into the bottom left corner to seal the comeback and the Sailors’ first win in six encounters against Albirex.

The 27th season of the SPL, which features a new quadruple round-robin format, will kick off next weekend on 25 February. The full list of fixtures can be found at www.spl.sg/fixtures.