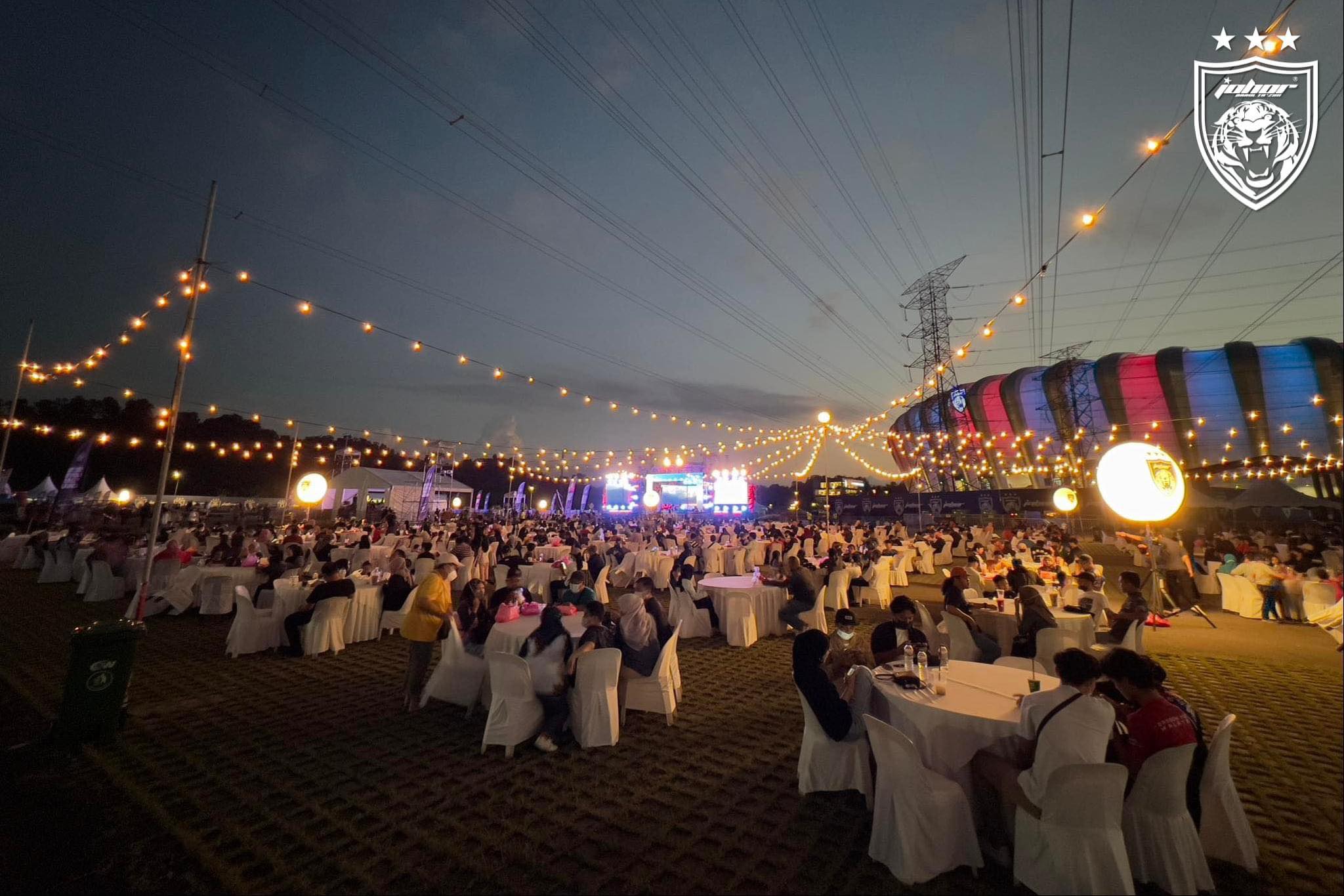 JOHOR BAHRU, 2022, FEBRUARY 18 – Johor Darul Ta’zim FC (JDT) have launched the latest Nike kits for the upcoming 2022 season in an unveiling ceremony enlivened by the presence of fans at the Sultan Ibrahim Stadium.

Taking inspiration from the colours of the Johor flag, the JDT ‘Home’ kit continues to remain with their identity in charting history and embracing success. Meanwhile the ‘Away’ kit comes in white and pink.

In 2022, Nike is continuing its sponsorship with JDT for the eighth season since 2014. JDT will use the latest ‘Home’ and ‘Away’ jerseys that are specially designed with high technology. JDT’s new club kits feature ‘Nike Dri-Fit’ technology.

The new jerseys were revealed through a video lasting 4 minutes 30 seconds featuring several JDT players. The video had a plot of surrounding the bullying culture among children and teenagers, which has become more prevalent nowadays. JDT strongly oppose all aspects of bullying.

“The future of football is full of local talent who bring incredible skills and passion to the game.” said Nike.

“The future of football is also inclusive, comprising of players and fans of all ages and backgrounds. Nike is committed to invest in the future of football and redefine sport for a new generation. This year we launch men’s jersey, but also for women and kids and unite the whole family for their love for the beautiful game. “

The two jerseys are available at RM299.00 each. For the first time, Nike has also made the jerseys available in Women’s (RM299) and Kids (RM235) sizes.

The prices of the 2022 jerseys are different from previous years because the jerseys sold to fans this time are the ‘Stadium Version’, in which the same base material (DRI FIT) is used and is a near-exact replica design wise. The ‘Stadium Version’ uses better quality fabric than the ‘Fan Version’ sold the last few years, in which it also only roughly resembles the original design.

The 2022 JDT Nike Jerseys are more like the players’ shirts than ever before. Nike innovation focuses on the fit and breathable nature of the product. This allows the fans to feel the same as the players do and a closer connection to them.

Fans can buy the jerseys from the JDT Online Store as well as official distributors of Southern Tigers Sdn Bhd (STSB) in all districts in Johor.

A carnival was also held in conjunction with the launch with special and exciting activities and games for Southern Tigers fans. Fans could also enjoy Laser & Effects, buskers and drumline performances as well as performances by local artists such as SonaOne, Aman Ra, Zamaera, DJ Cza and former Miss World Malaysia & Miss Universe Malaysia Shweta Sekhon.