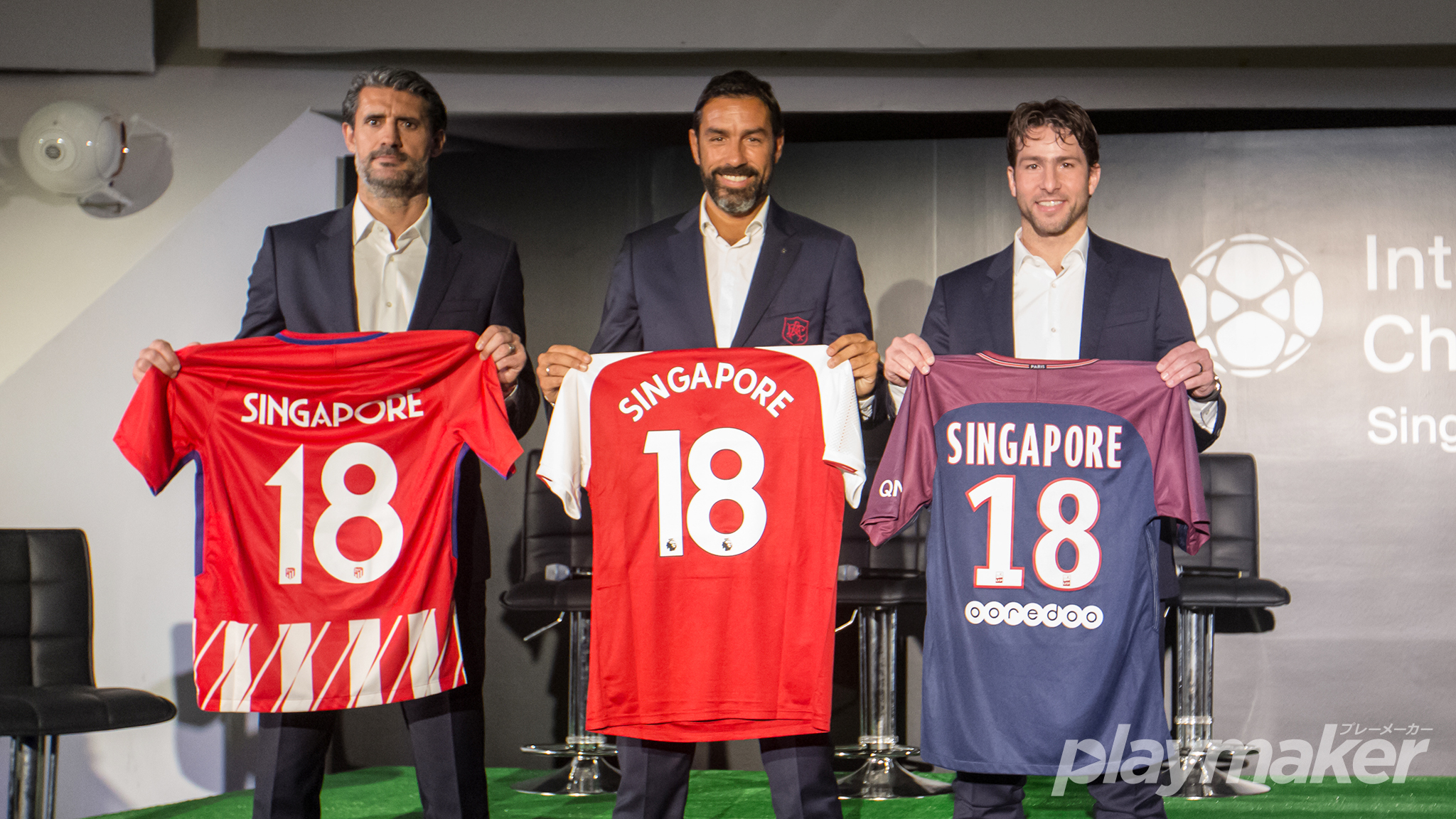 SINGAPORE, 2018. APRIL 17 – Relevent and Catalyst Media Group (CMG) today announce that the International Champions Cup will return to Singapore with three of Europe’s top clubs in a global tournament. Arsenal, Atlético de Madrid and Paris Saint-Germain who do not often encounter each other in Europe, will take delight in the match-ups in front of their Asian fans at the National Stadium on 26 July, 28 July and 30 July.

In its sixth instalment, the 2018 International Champions Cup takes on a new global format, featuring the largest number of clubs, matches and venues to date. This year’s chase for the Cup features 18 of the best clubs in the world playing 27 matches across the United States, Europe and Singapore. Whereas past Tournaments recognised a winner within each participating continent, this year’s competitive structure will take on a more cohesive format, reigning one overall global champion. 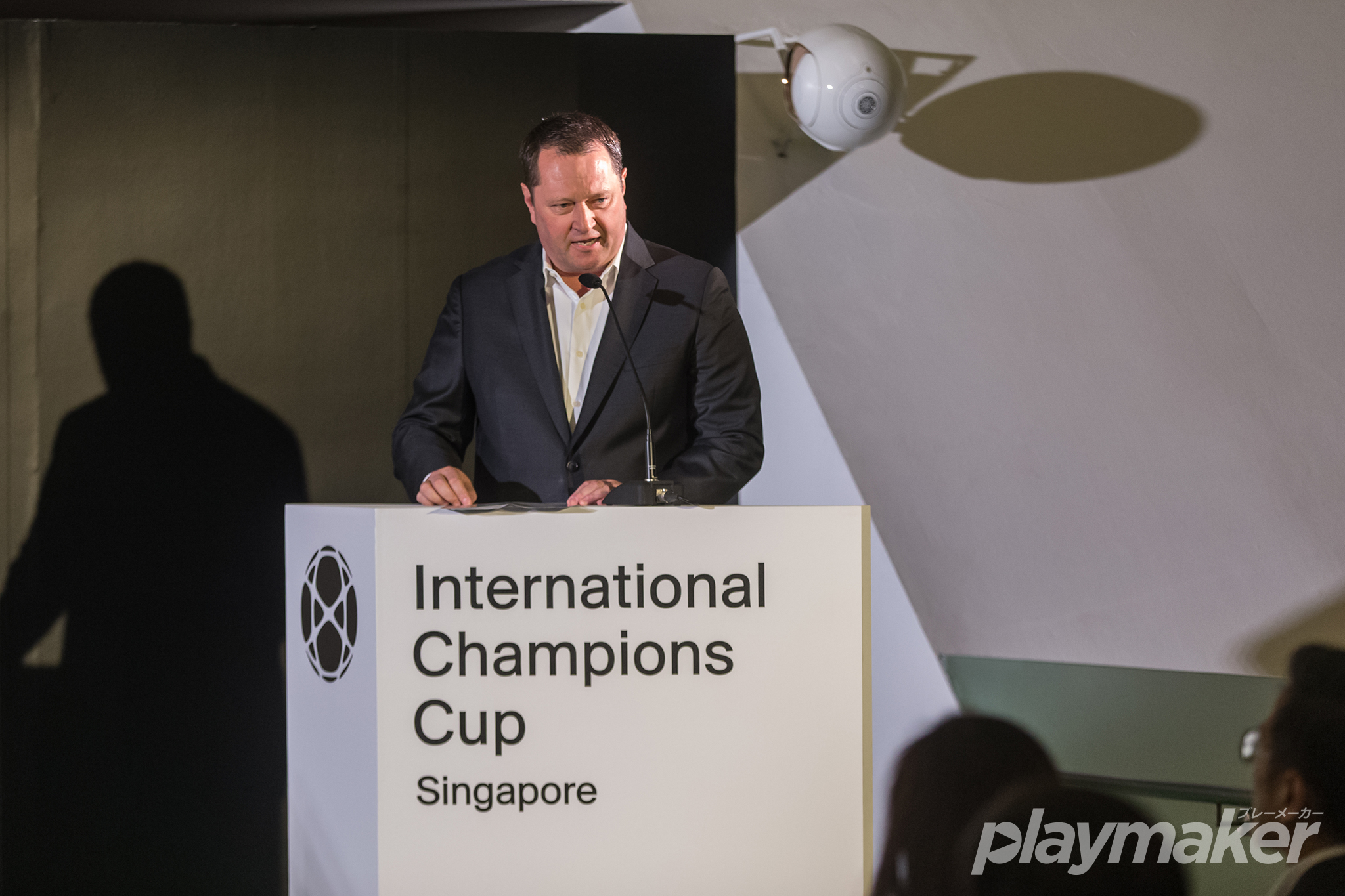 “The support we witnessed in Singapore at the International Champions Cup last year was phenomenal, and we are excited to return to the National Stadium as this year’s only Asian stop in a revamped global tournament format. We are committed to bringing the best of football to the people here and look forward to working with the Singapore Tourism Board to grow and create exclusive experiences for the fans in Singapore and the region,” said Patrick Murphy, Chairman and President of Catalyst Media Group. 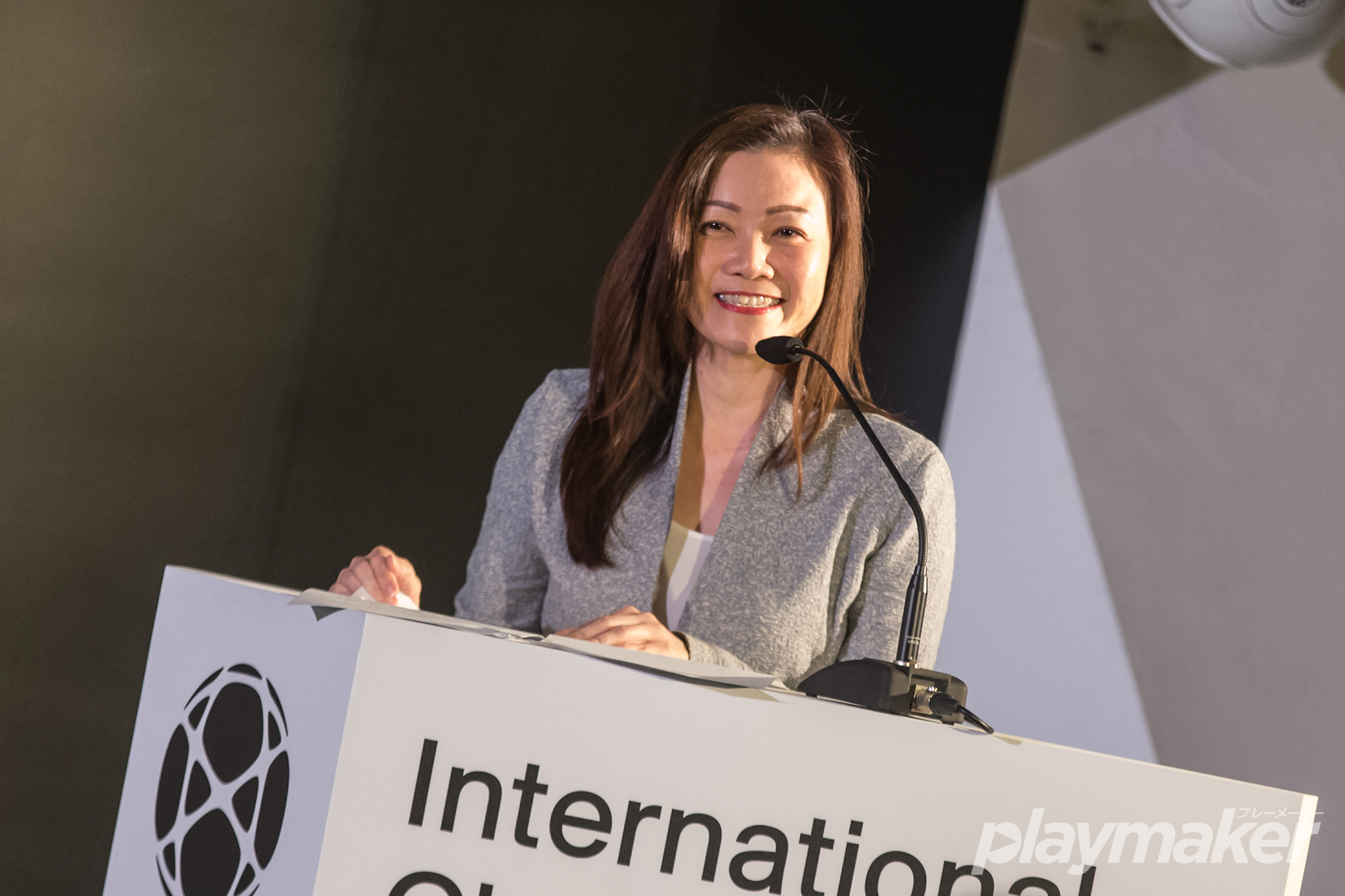 Added Melissa Ow, Deputy Chief Executive, Singapore Tourism Board: “We are pleased to be the only Asia-Pacific stop of the revamped International Champions Cup this year, making Singapore an attractive destination for fans within and beyond Asia this July. Together with our partners, we are committed to delivering a memorable event experience for fans and our visitors.” 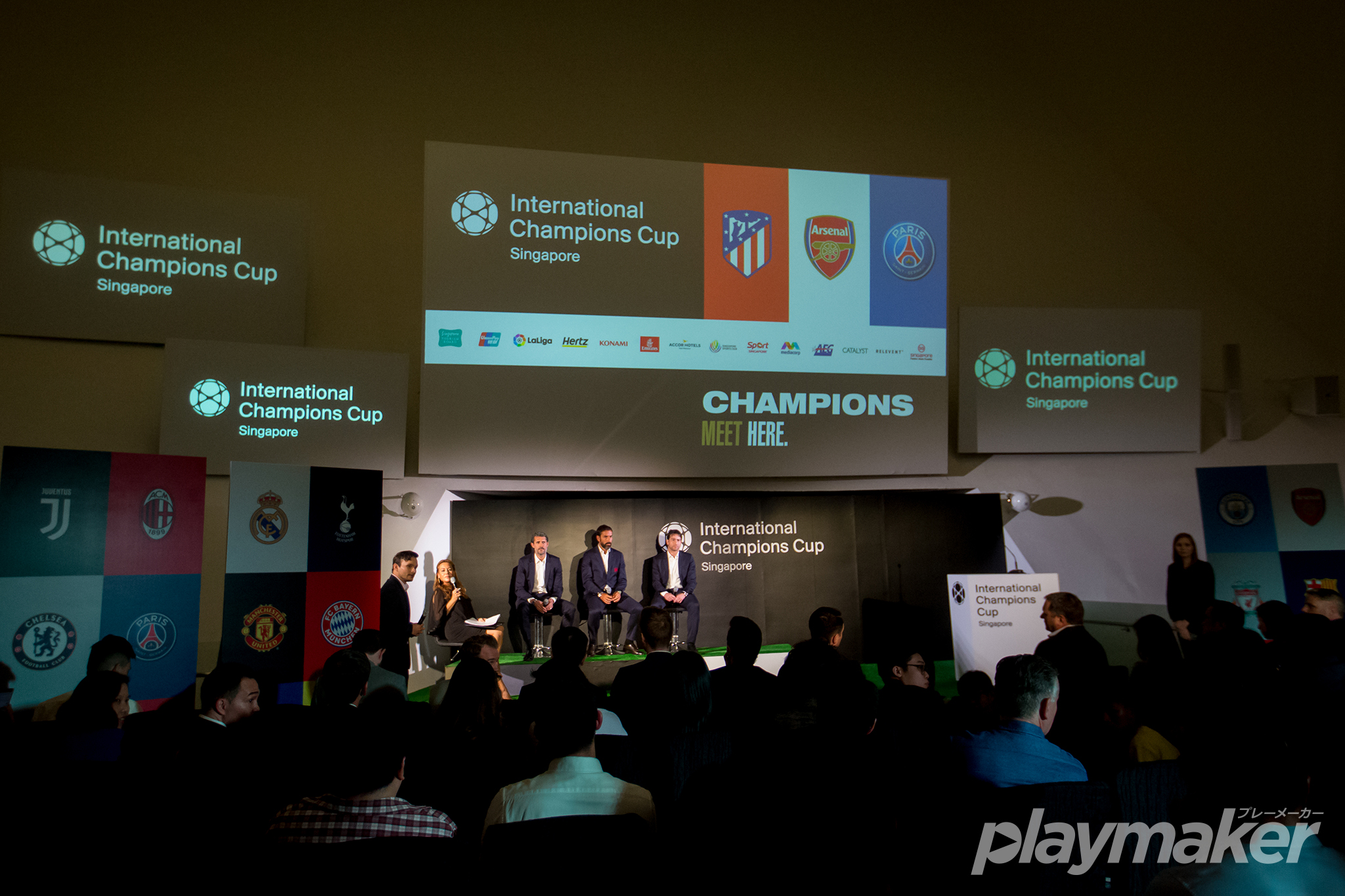 2018 International Champions Cup in Singapore will see Paris Saint-Germain, France’s most successful team with 36 trophies to their name, make its first visit to the city state. While Arsenal and Atlético de Madrid played in Singapore in 2015 and 2013 respectively, both clubs will relish meeting on neutral ground as they continue to fight for UEFA Champions League qualification.

Kicking off on Thursday, Atlético de Madrid will play Arsenal in a highly anticipated meeting after the teams’ hard-fought campaign in Europe this season. The two teams have been drawn to play each other in the semi-finals of the Europa League and are one step closer to qualifying for the UEFA Champions League next season. Regardless of the results in Europe, fans will undoubtedly be captivated by the technique displayed by the two clubs when they meet here.

Arsenal will tackle Paris Saint-Germain on Saturday, 28 July in a rematch of their 2016/ 2017 UEFA Champions League group stage. Almost all four of the previous meetings between Paris Saint-Germain and Arsenal have ended in draws except one in 1994, where the North London team beat the French outfit by one goal.

The final match on Monday, 30 July, will pit champion of Ligue 1, Paris Saint-Germain, against Atlético de Madrid. Fans will, no doubt, be looking forward to this remarkably rare match-up as both teams will play each other for the second time only. The two clubs have seen steady success in their current season and fans in Asia will savour the opportunity of watching the teams continue their amazing form at the National Stadium. 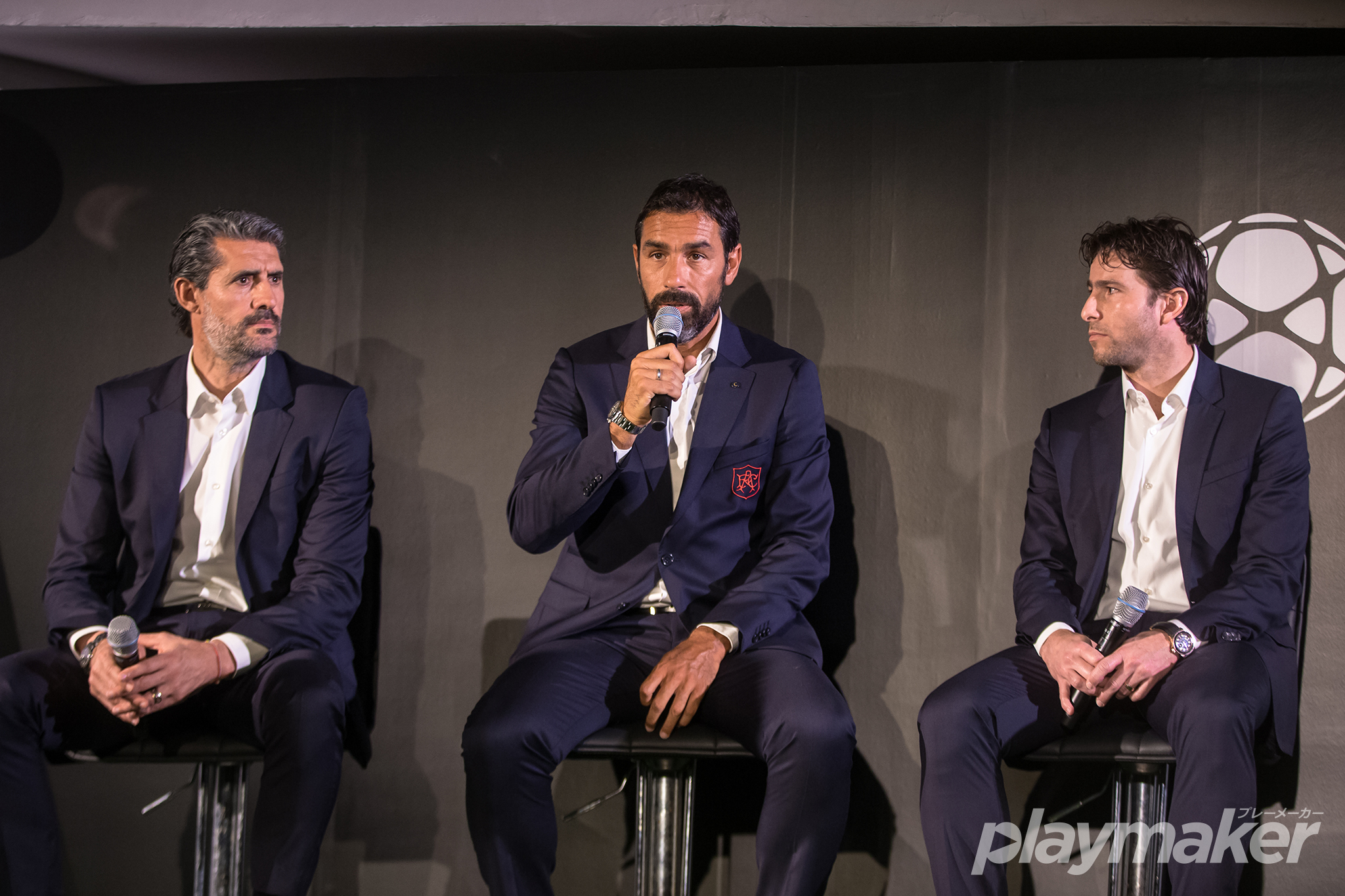 Legends from each of the participating clubs – Robert Pirès of Arsenal, José Luis Caminero of Atlético de Madrid, and Maxwell Scherrer of Paris Saint-Germain – are in Singapore to commemorate the launch of the tournament and to announce the fixture

Into its second year in Singapore, the International Champions Cup has solidified its position as a premier marketing platform for both local and global brands, with organisers revealing a number of returning and new regional partnerships for 2018. 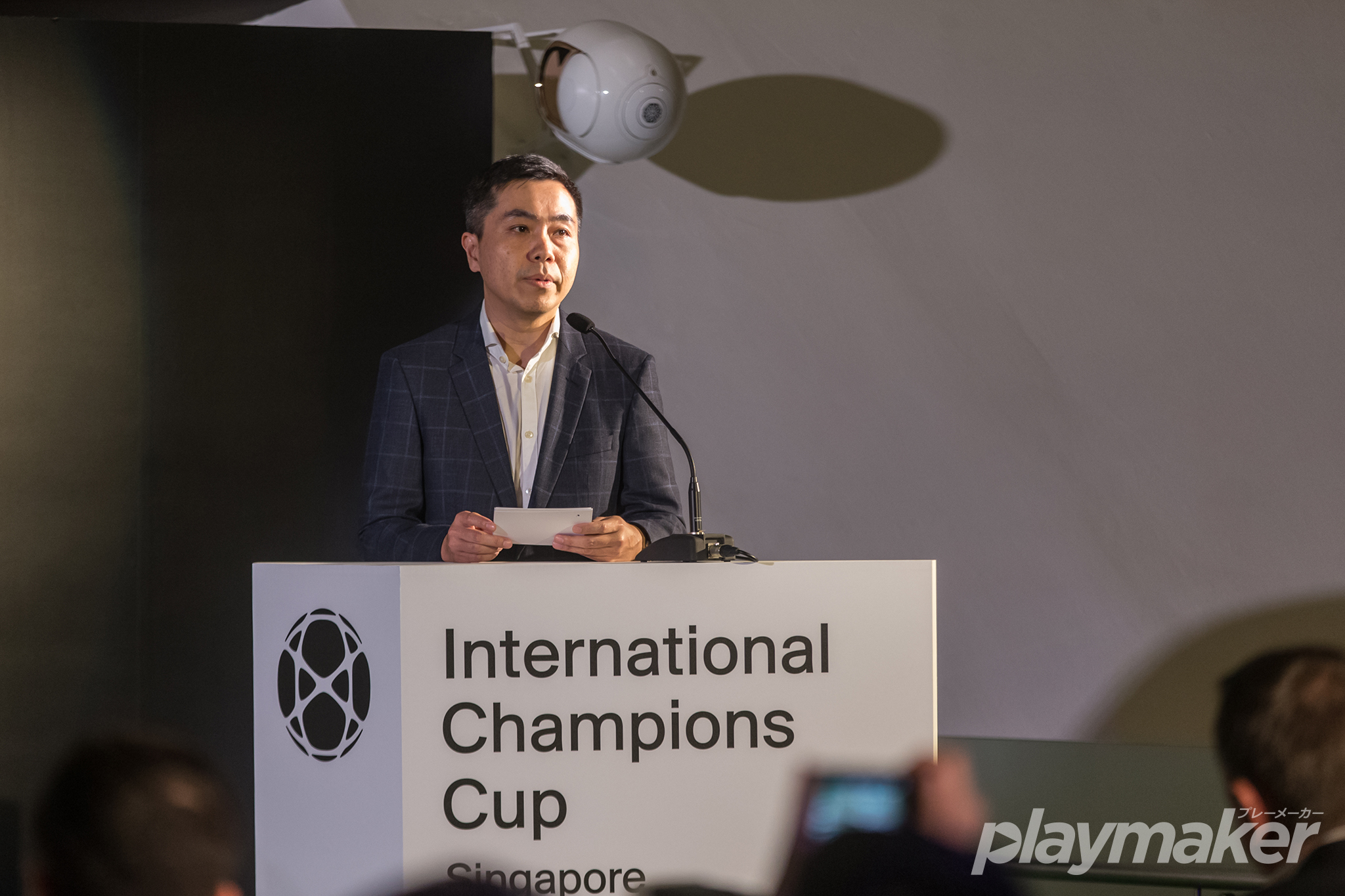 UnionPay is the first new sponsor to join the event’s network of regional Asian partners as the Official Payment Brand. UnionPay customers from around the region will be offered a raft of exciting benefits, starting from next week’s much anticipated pre-sale and preferential rates through the duration of the event.

Car-rental brand Hertz, along with Emirates also announced their presence in the Singapore matches as Premium and Official Sponsors, respectively.

After a similar partnership was activated during the North American leg of the International Champions Cup in 2017, LaLiga has extended the partnership to the matches in Asia and will provide exclusive opportunities for local fans to experience first-hand the essence of top-flight Spanish football.

Leading Japanese electronic gaming company Konami will again take its place as a global Official Sponsor and promote its Pro Evolution Soccer product to fans, and AccorHotels, the largest hotel operator in Singapore, will team-up with International Champions Cup to ensure the tens of thousands of fans set to descend on Singapore for the matches will be given an array of fantastic accommodation related offers.

Mediacorp returns as the Official Broadcaster and will be screening all 2018 International Champions Cup matches LIVE on its digital entertainment service Toggle as well as selected matches, including all 3 matches in Singapore, LIVE on oktoSports.

More details of how fans can benefit from the various partnerships will be revealed in the coming months, alongside additional sponsors. 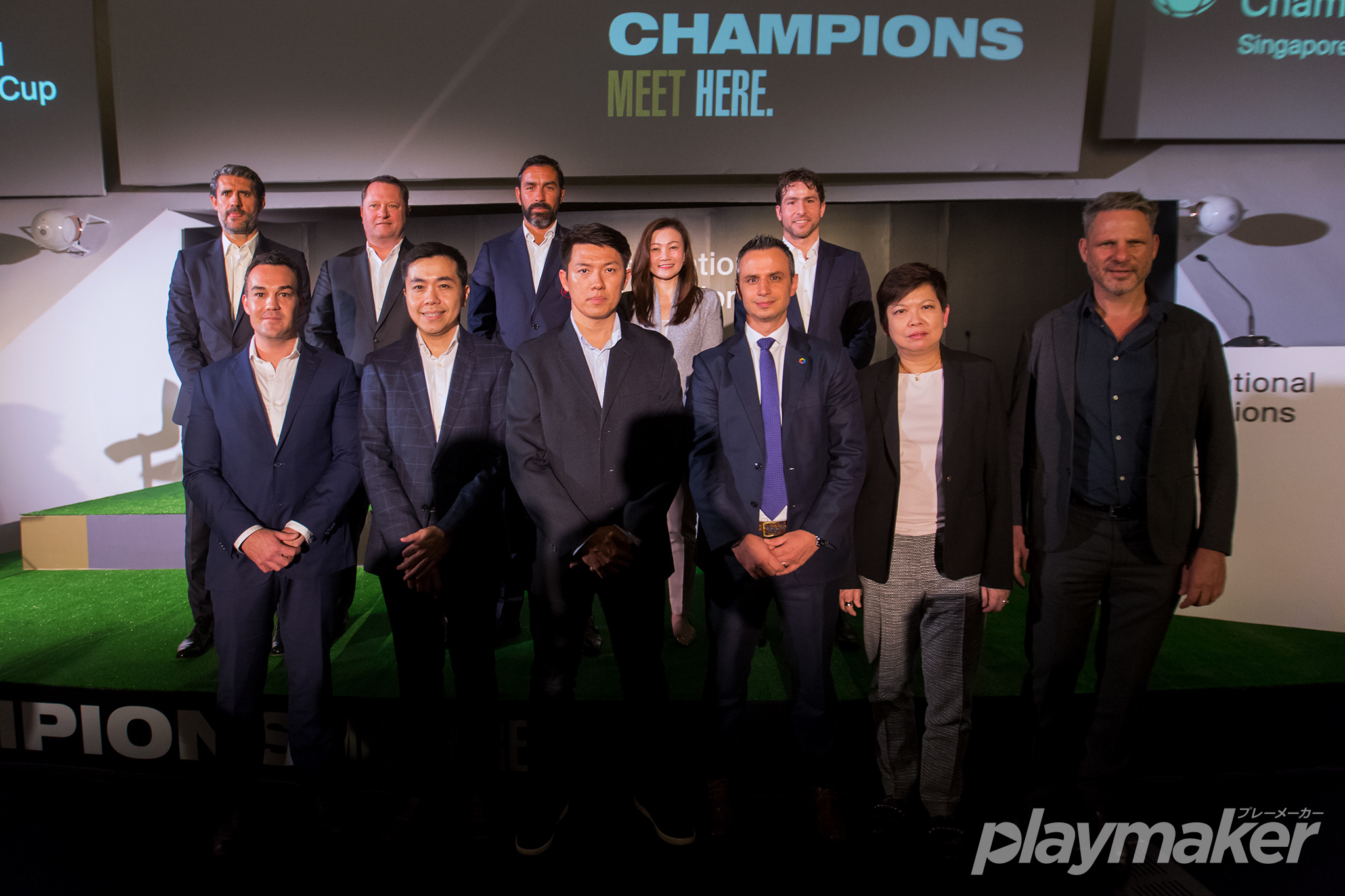 This year, UnionPay, the Official Payment Brand of 2018 International Champions Cup in Singapore will be the first sponsor to offer their Cardholders the option to purchase tickets. Customers with UnionPay cards will also enjoy a 10% discount starting on April 24th and throughout the on-sale period.

Official on-sale to the public will begin on 10am April 30th at www.sportshub.com.sg , Sports Hub Box Offices as well as other physical locations. For more information, please visit www.internationalchampionscup.sg.