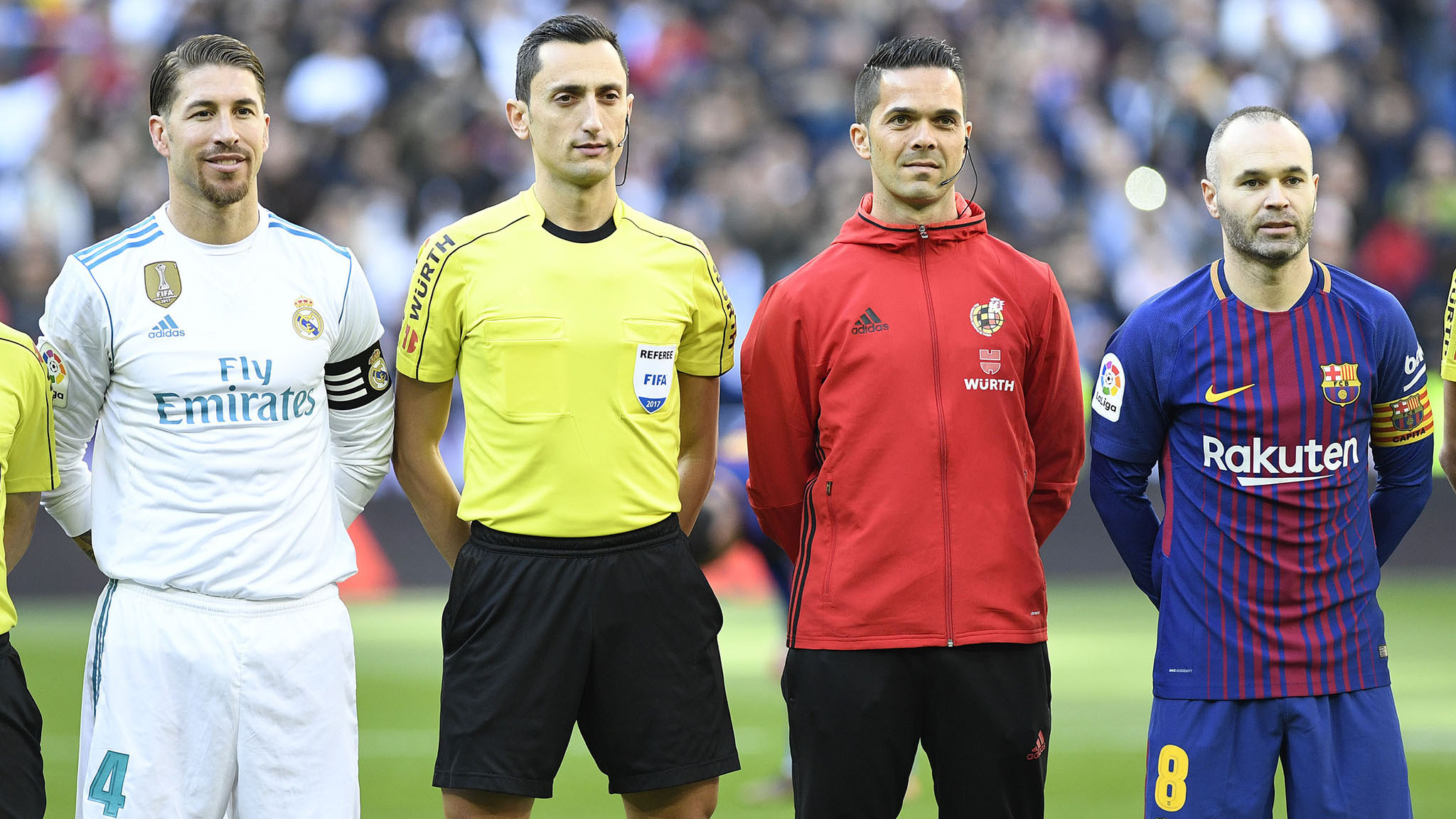 Sunday’s LaLiga Clasico at the Camp Nou sees newly crowned champions Barcelona playing at home for the first time since clinching the title. The visitors? A Real Madrid side aiming to stop their rivals’ attempt to become the first team ever to complete a 38-game Spanish season unbeaten. 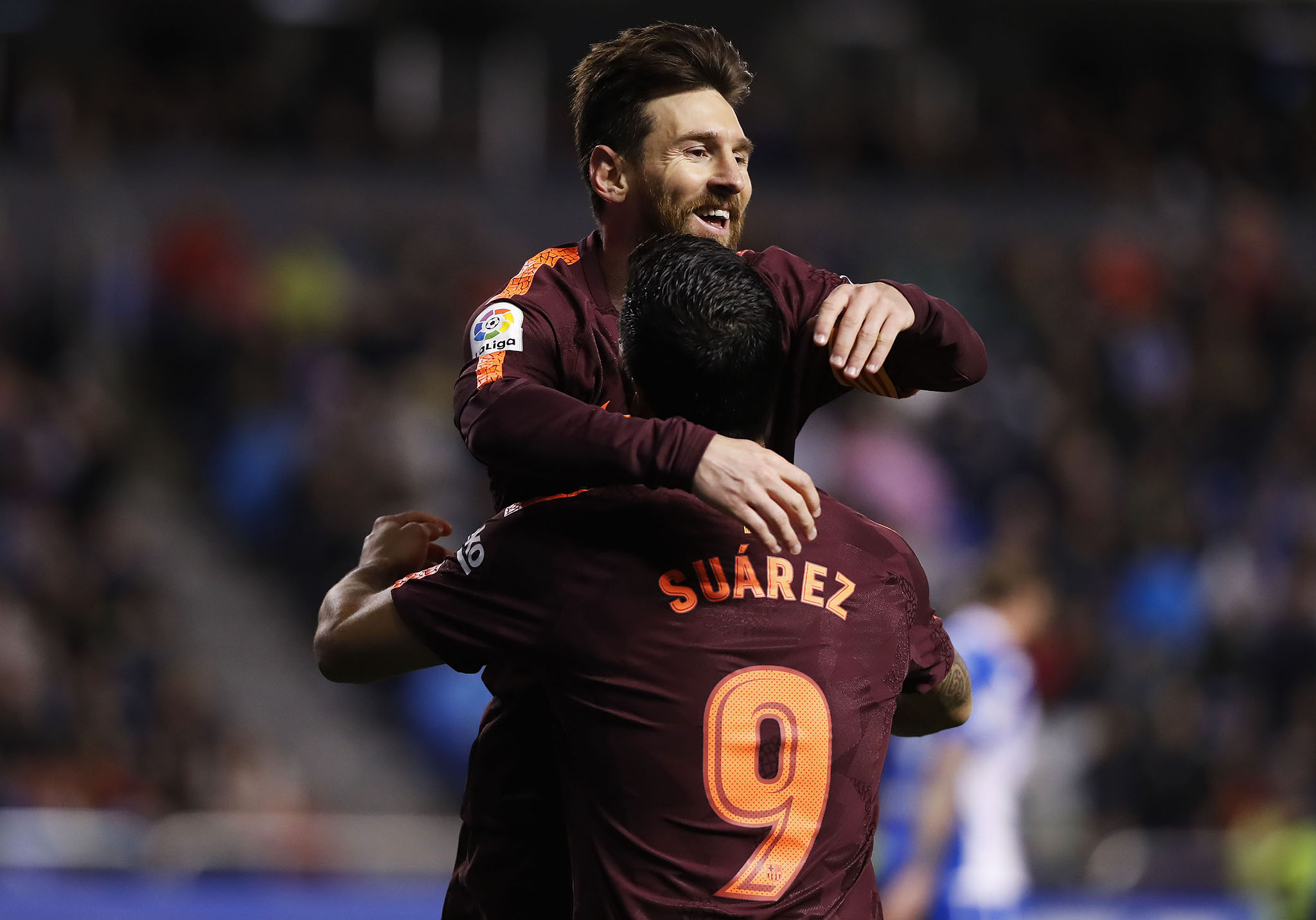 There will be a real international focus to the game, which is being broadcast to a potential audience of more than half a billion TV viewers in 182 countries worldwide. The two squads should include players from a total of 13 countries – drawn from four different continents – with many of the stars on show also set to appear at this summer’s World Cup in Russia. 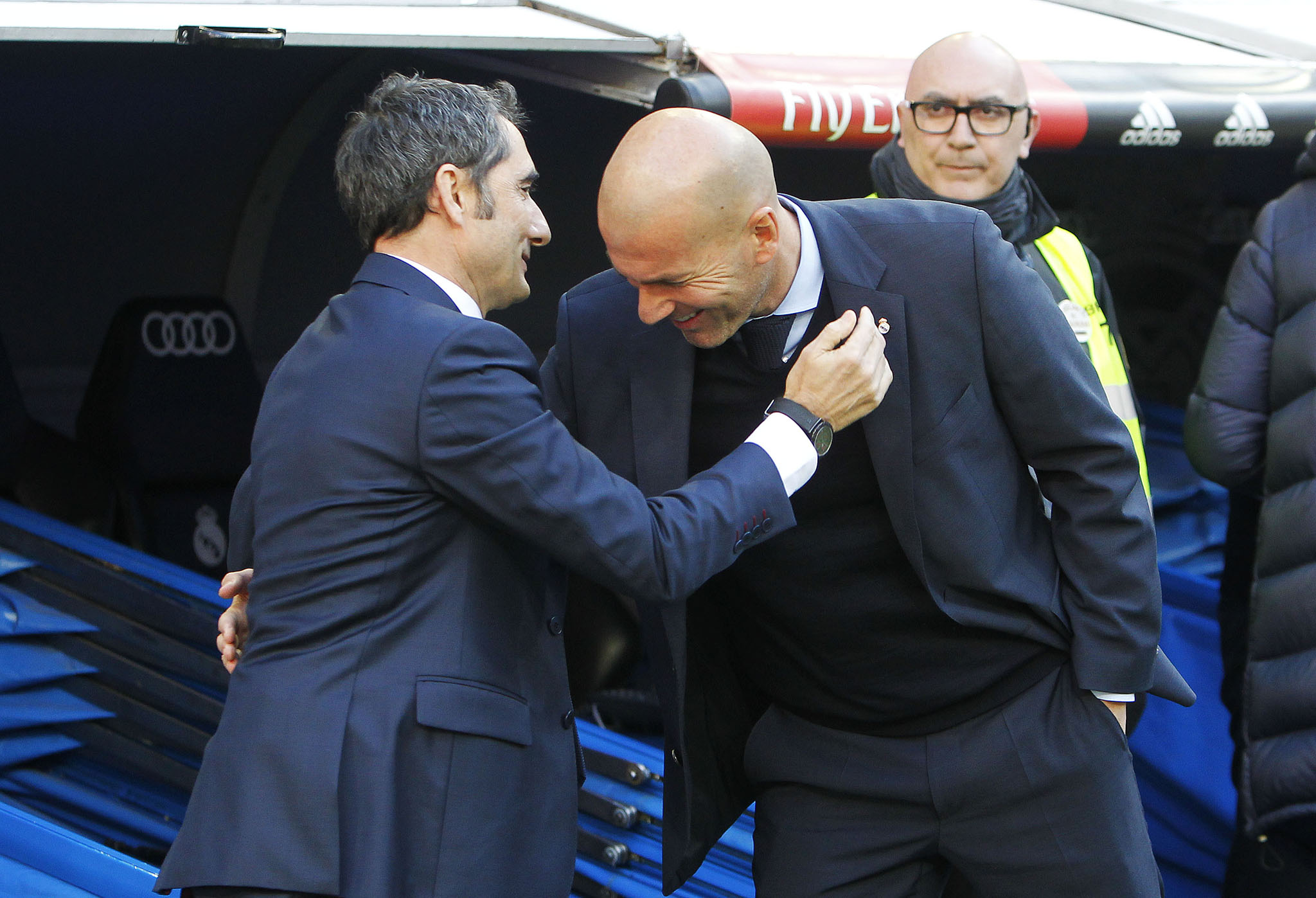 El Clasico will be Ernesto Valverde‘s men’s first game after clinching the 2017/18 title in Sunday’s 4-2 victory at Deportivo La Coruña, a result which extended their unbeaten record in the competition to an incredible 41 matches stretching back into last season.

Real Madrid come into the game in third place having paid for an inconsistent start to this campaign, which included a 0-3 reverse in the season’s first LaLiga Clasico at the Santiago Bernabeu back in December.

However, Zinedine Zidane’s side have the best record of any team over the second half of the season so far: 12 victories and three draws in their last 16 games played, including last weekend’s 2-1 win at home to city neighbours Leganes.

Also on the line is the LaLiga top-scorer trophy, with Barça talisman Lionel Messi currently on 32 goals following his fourth hat-trick of the LaLiga campaign last weekend. Cristiano Ronaldo has 24 goals so far, including 16 in his last eight LaLiga games. 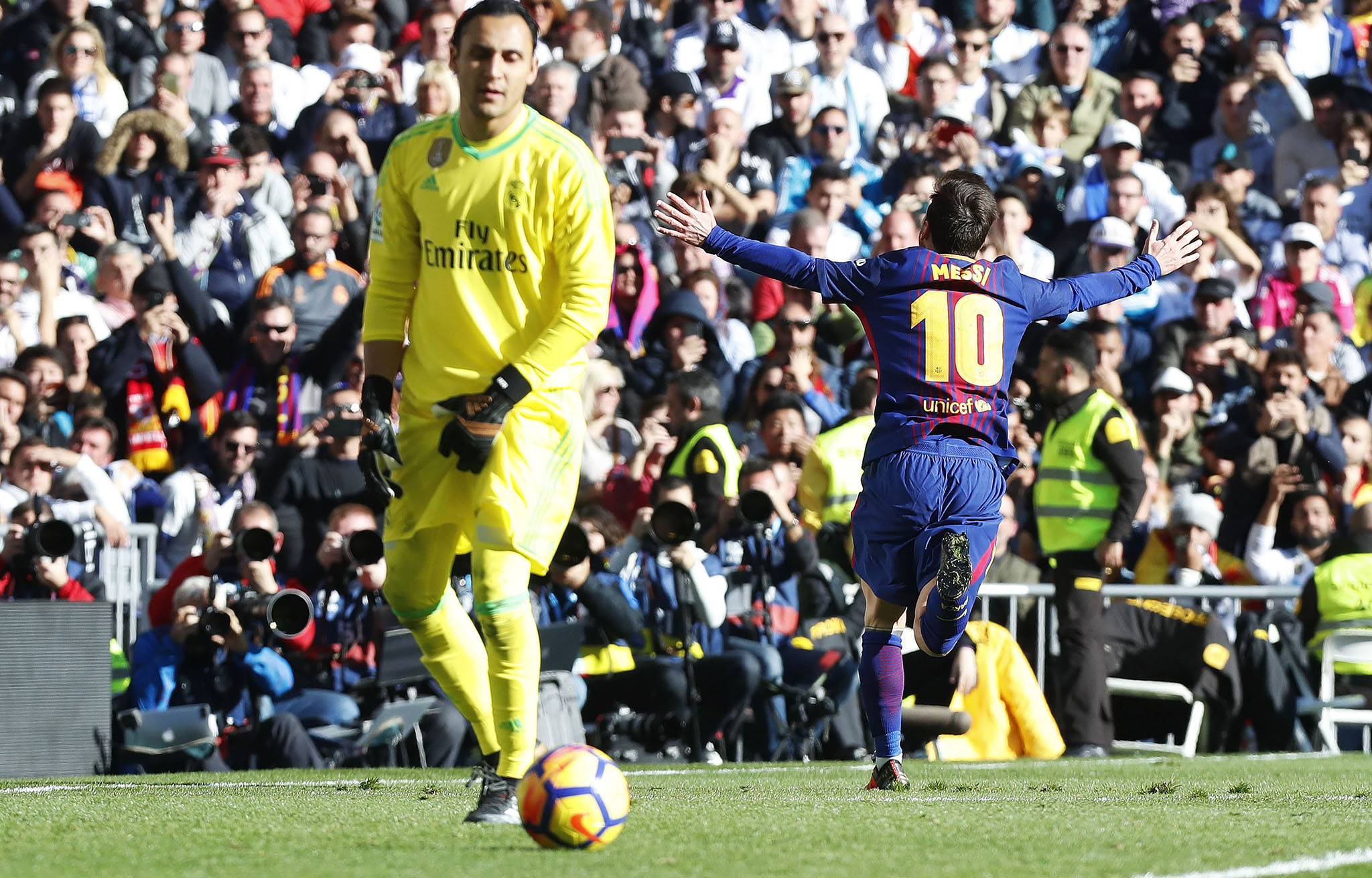 Both Messi and Cristiano love playing in LaLiga Clasicos. Argentina captain Messi is the fixture’s all-time top scorer, with 17 goals after a penalty scored in December’s game at the Bernabeu. All five of Portugal skipper Ronaldo’s most recent LaLiga Clasico goals have come at the Camp Nou, where Real Madrid have picked up a win and a draw on their last two visits. 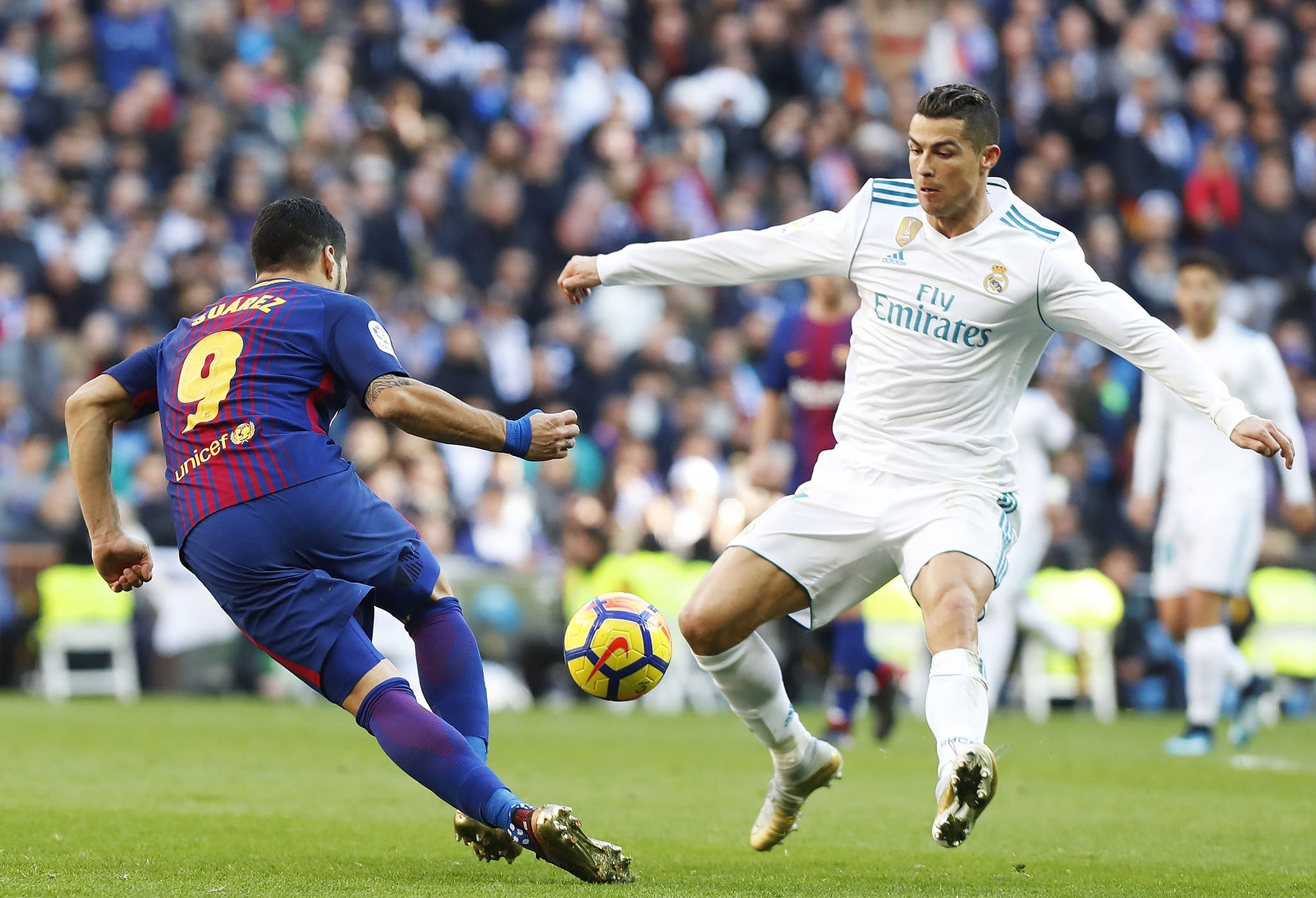 The South American influence on Sunday’s Clasico will also include Brazilian international teammates on both sides – Real Madrid’s Marcelo and Casemiro are set to come up against Barça’s Paulinho and Philippe Coutinho, who is hoping to feature in his first LaLiga Clasico.

An injury to Los Blancos’ first choice right-back Dani Carvajal opens up the possibility of Real Madrid fielding an African player in a LaLiga Clasico for the first time since Ghana’s Michael Essien in 2012/13, with Morocco international Achraf Hakimi, still just 19, having made his case while completing all 90 minutes against Leganes last weekend.

With LaLiga all set for the latest edition of the world’s biggest domestic club fixture, global interest in El Clasico is as huge as it’s ever been.