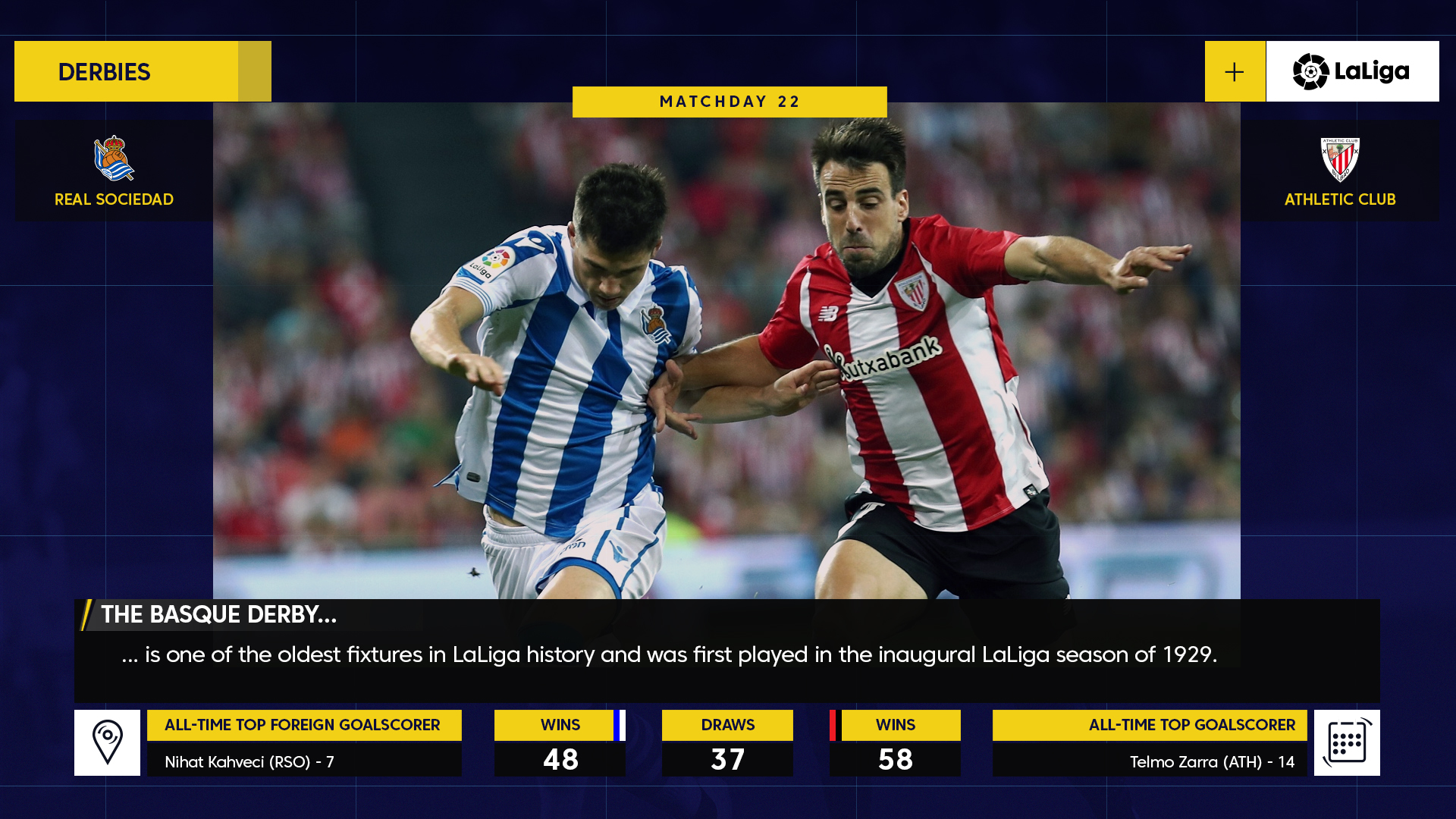 FIVE THINGS YOU MAY NOT KNOW ABOUT THE BASQUE DERBY

There have been 143 LaLiga Basque derbies to date, with Athletic winning 58 times, La Real 48, and 37 draws.

FIVE PLAYERS TO LOOK OUT FOR IN THE BASQUE DERBY