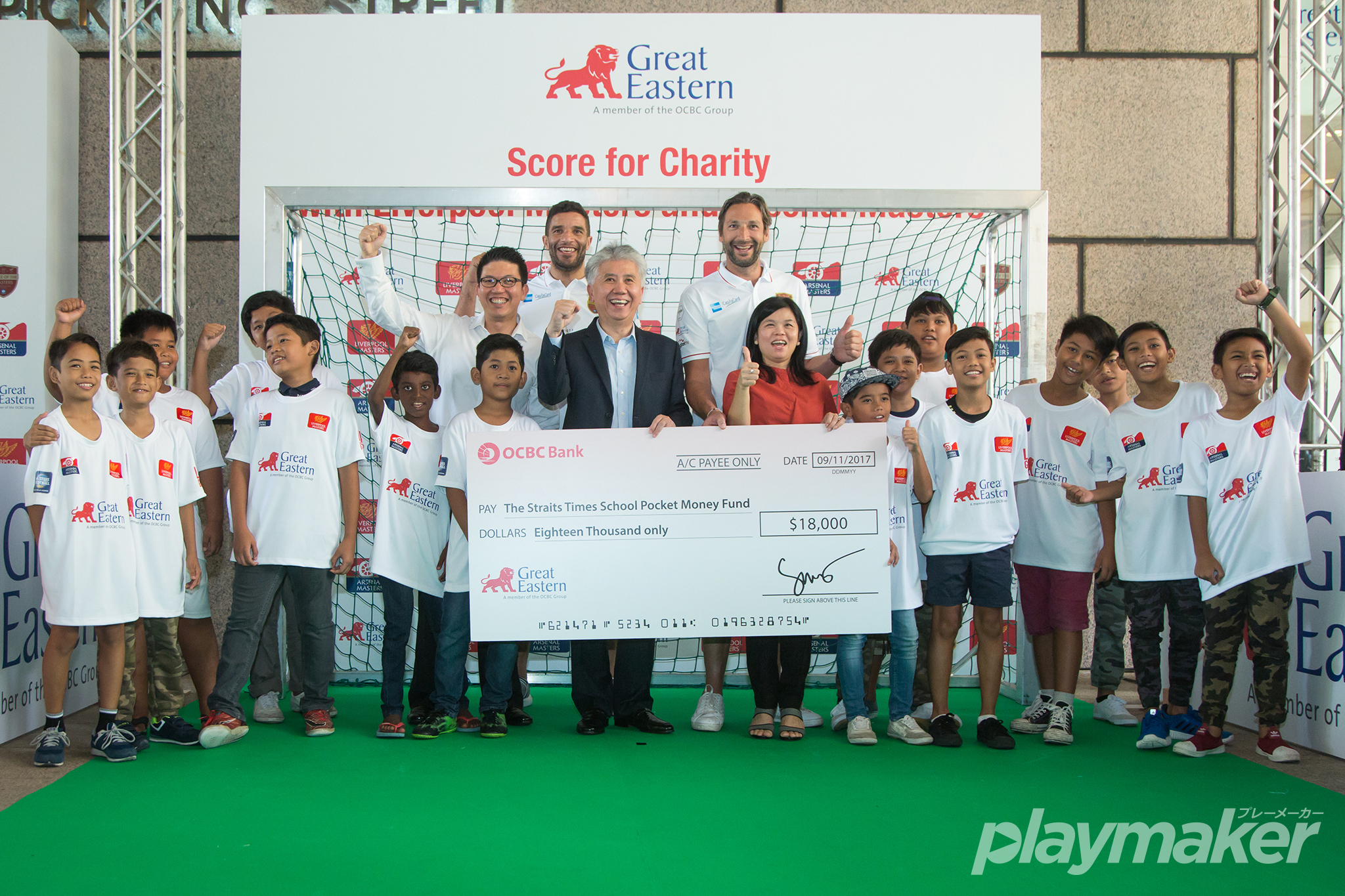 SINGAPORE, 2017, NOVEMBER 09 – There was great buzz and excitement at Great Eastern Centre this afternoon as football fans gathered at the Atrium to meet Liverpool and Arsenal legends.

Many, including Great Eastern staff and distribution representatives spent their lunch hour doing their bit for charity. For contributions ranging between $5 to $20, donors took home special merchandise, autographs, photos and tried their luck at scoring against the likes of David James, Gilberto Silva, Stephan Henchoz and Rami Shabaan. 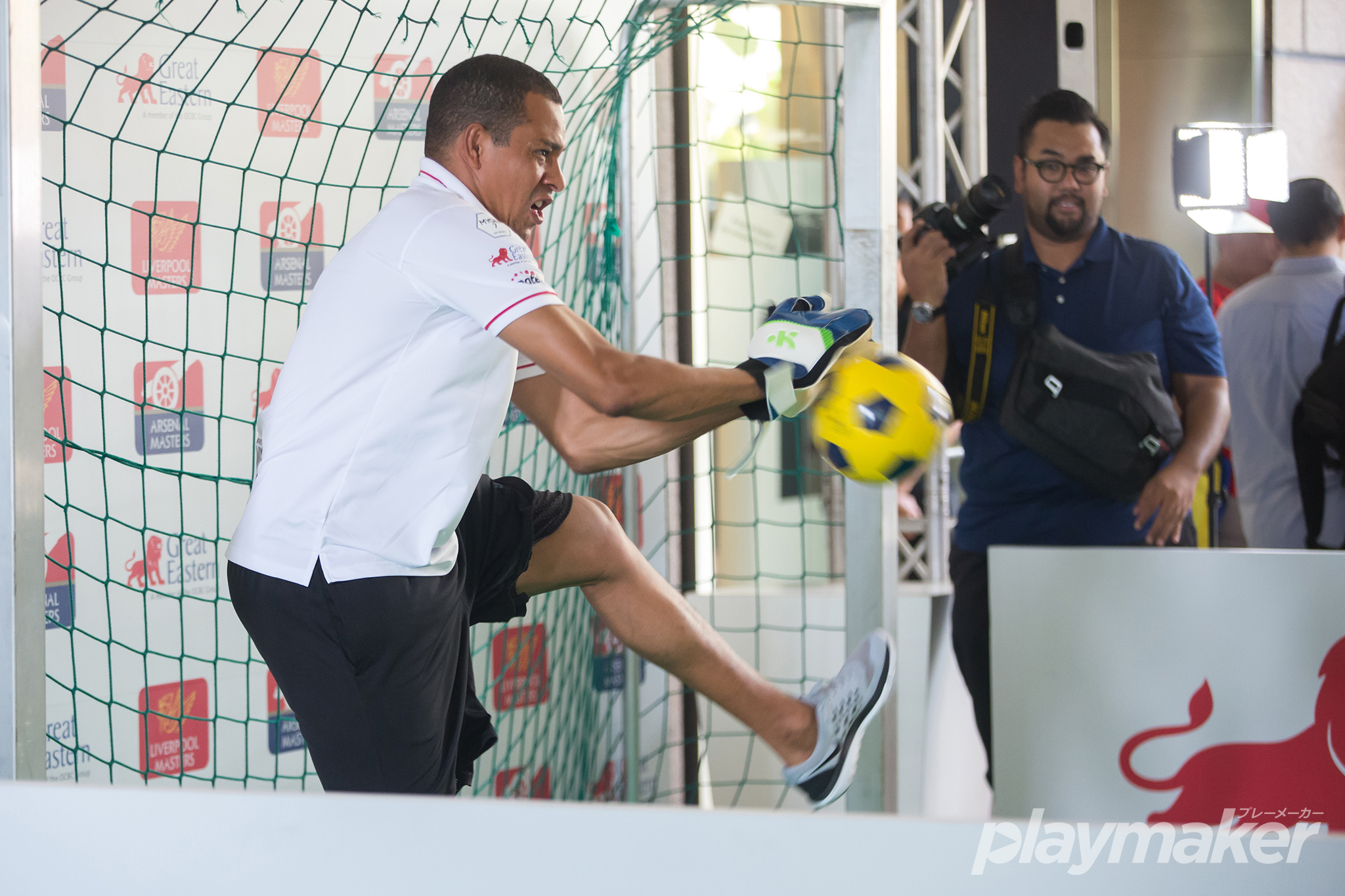 Commented Keith Chia, Great Eastern’s Head Brand and Marketing “As a LIFE Company, Great Eastern champions health and wellness and today’s event is a great platform for us to once again support a worthy cause. We had a great turnout of business partners, staff, distribution representatives and the public. It was heartwarming to have their good support for this fundraising initiative”.

Added David James, former Liverpool and England goalkeeper, “I would like to thank Great Eastern for giving us this wonderful opportunity to meet our fans while at the same time doing good and giving back to the community. I had a great time today and it is good to know that many needy school children will benefit from the funds raised”.

The Liverpool and Arsenal legends are in Singapore for the Battle of the Masters, which will pit them against the Singapore Masters at the National Stadium on 11 November 2017. Great Eastern is one of the sponsors for the event as part of its 109th anniversary celebrations.