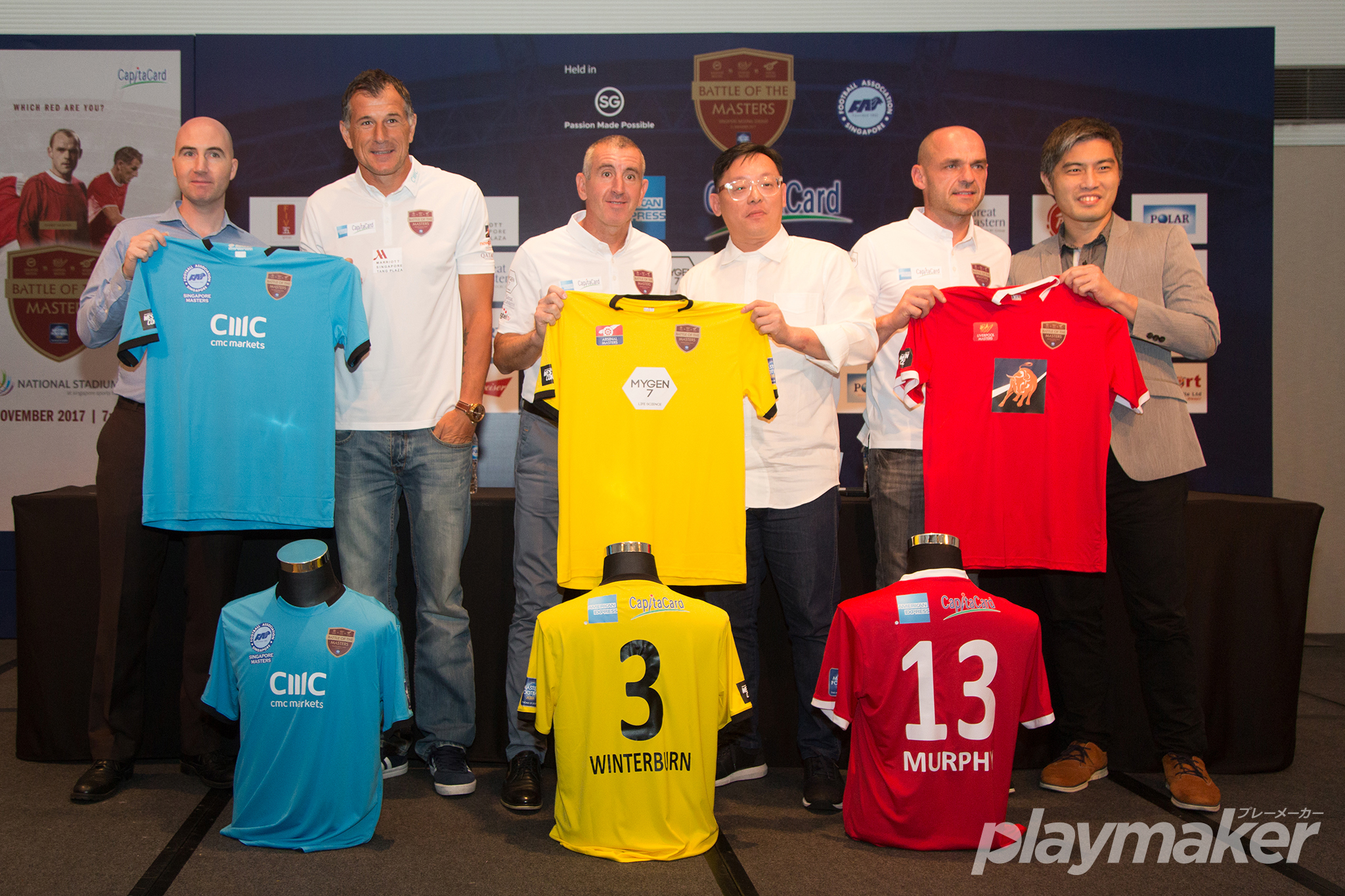 SINGAPORE, 2017, SEPTEMBER 19 – Masters Football Asia today welcomes American Express CapitaCard as presenting sponsor for the Battle of the Masters, and announced additional players lined up for the upcoming match scheduled to take place at the National Stadium on November 11.

Battle of the Masters brought to you by American Express CapitaCard features Singapore Masters, Liverpool Masters and Arsenal Masters in three intense 40-minute round-robin matches, all in one exciting evening. 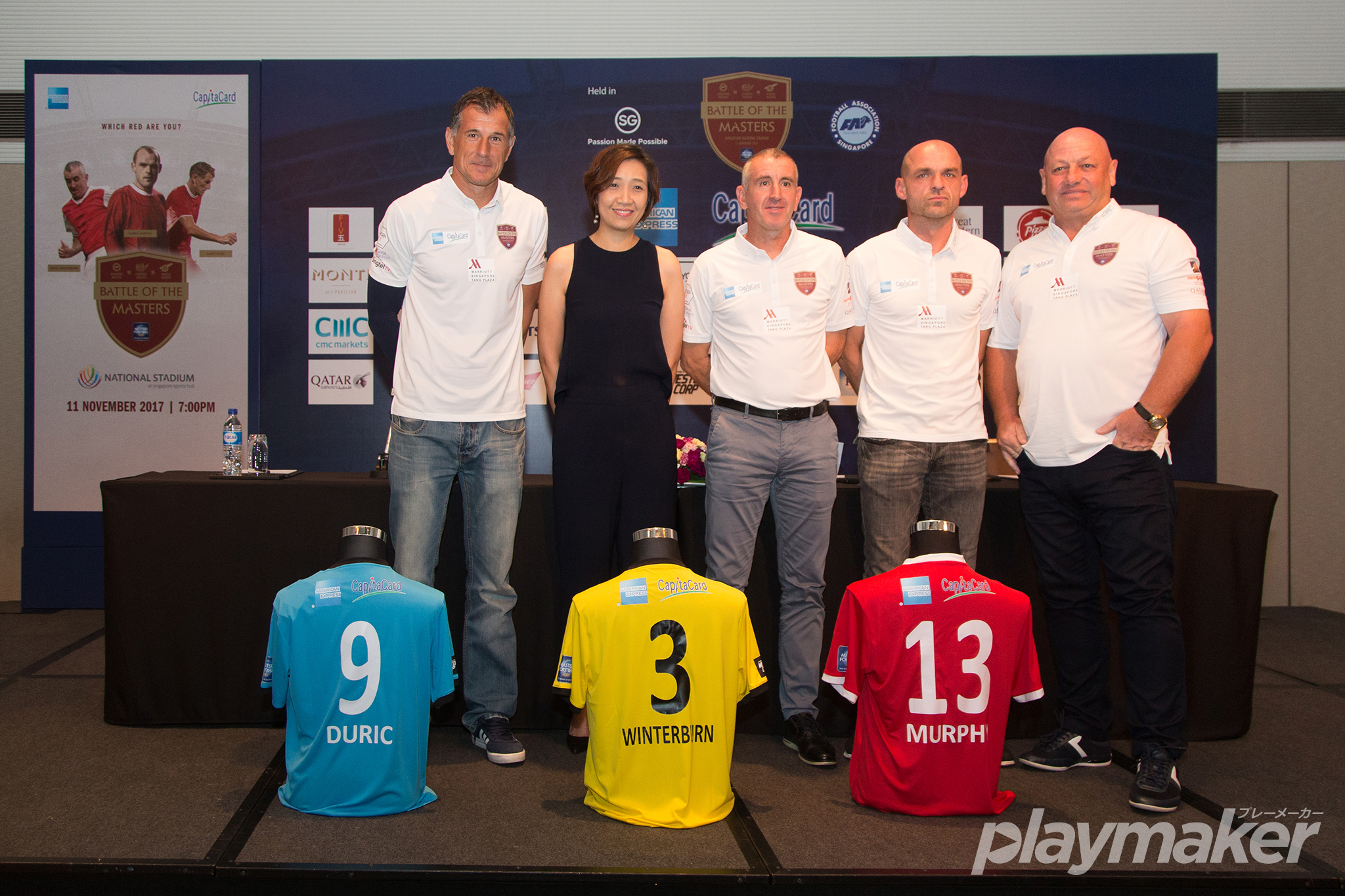 Coming on board the Masters Football Asia series of tournaments for the first time, Ms Ellen Lee, Head of Co-Brand Products, American Express Singapore from American Express shared, “American Express is all about delivering great customer experiences and giving our card members what they want. Most Singaporeans are big fans of football and Liverpool and Arsenal have a huge following in Singapore. We are excited to be the official card partner to reward our card members with great offers and exclusive benefits.”

Some of the biggest names of local football such as Fandi Ahmad, Aleksandar Đurić, Aide Iskandar, Rafi Ali, Nazri Nasir, Steven Tan, Malek Awab will turn out for the Singapore Masters. The team’s last outing at a Masters Football Asia event was in 2014, when they took on the Liverpool Masters at Jalan Besar Stadium. The sold-out match served as Đurić’s testimonial game and the Singapore Masters lost 3-1.

The Singapore Masters will relish the opportunity to play some of the Liverpool legends who were not featured in the Liverpool Masters squad of 2014. Danny Murphy and David James make their debut for the Liverpool Masters in Singapore this year alongside team mates, Luis García, Bjørn Tore Kvarme, Phil Babb, Rob Jones, Fábio Aurélio, David Thompson, Jari Litmanen, Jan Kromkamp and Emile Heskey.

Also new this year is the participation of Arsenal Masters that will feature the 2004 Invincibles pairing of Robert Pirès and Gilberto Silva. They will be joined by the likes of Nigel Winterburn, Ian Selley, Luis Boa Morte, Stefan Schwarz, Jimmy Carter, Nwankwo Kanu, Anders Limpar, Lauren, Mikaël Silvestre and David Hillier. 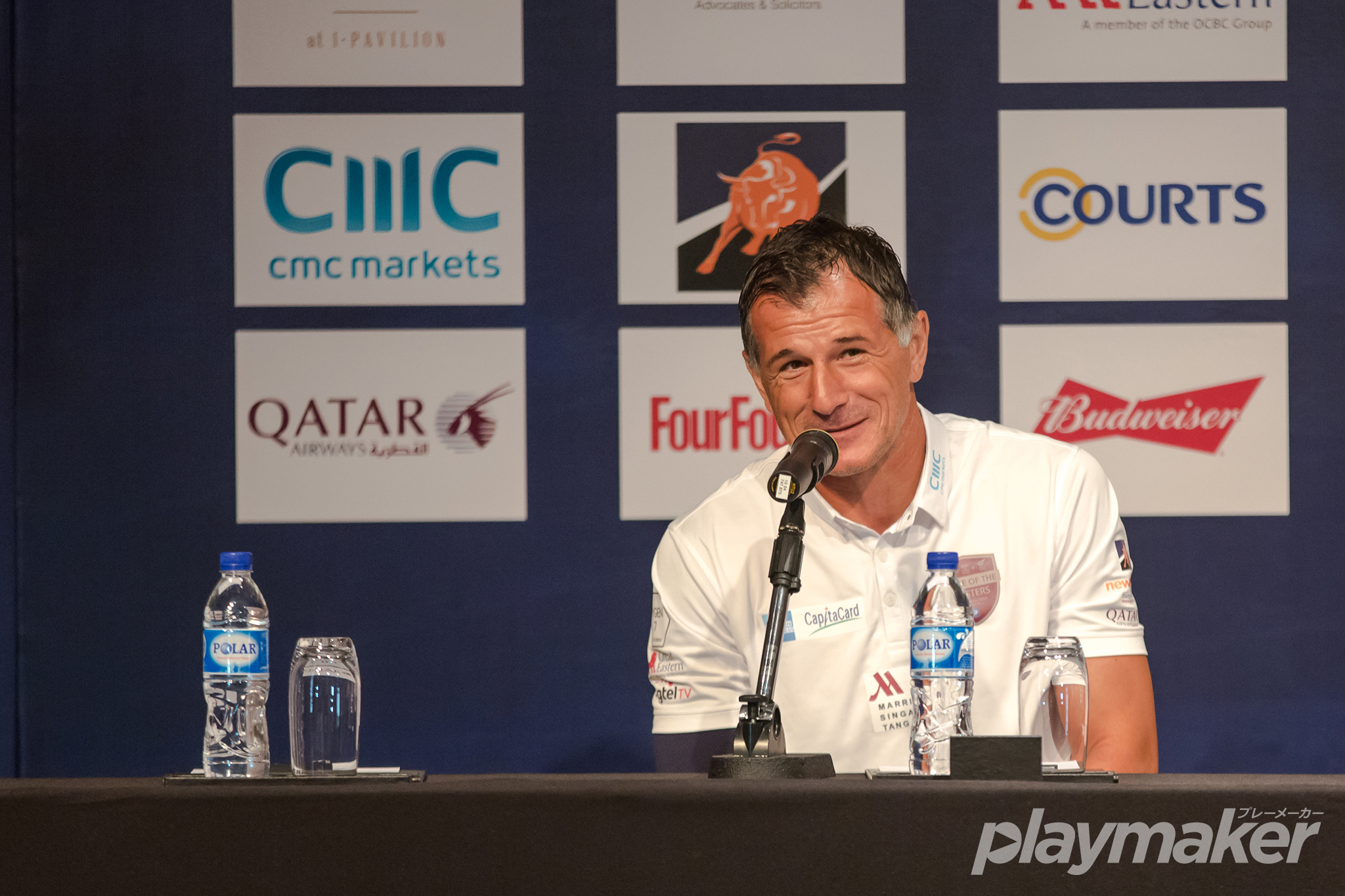 “My last Masters match was actually my testimonial game in 2014 against the Liverpool Masters, and I was so excited. Playing with these guys is always special and this year is going to be more so as it’ll be my first time playing in the new stadium. I’m looking forward to playing against Liverpool and Arsenal Masters, especially because I’m an Arsenal fan,” said Aleksandar Đurić, who will lace up his boots again for the Singapore Masters. 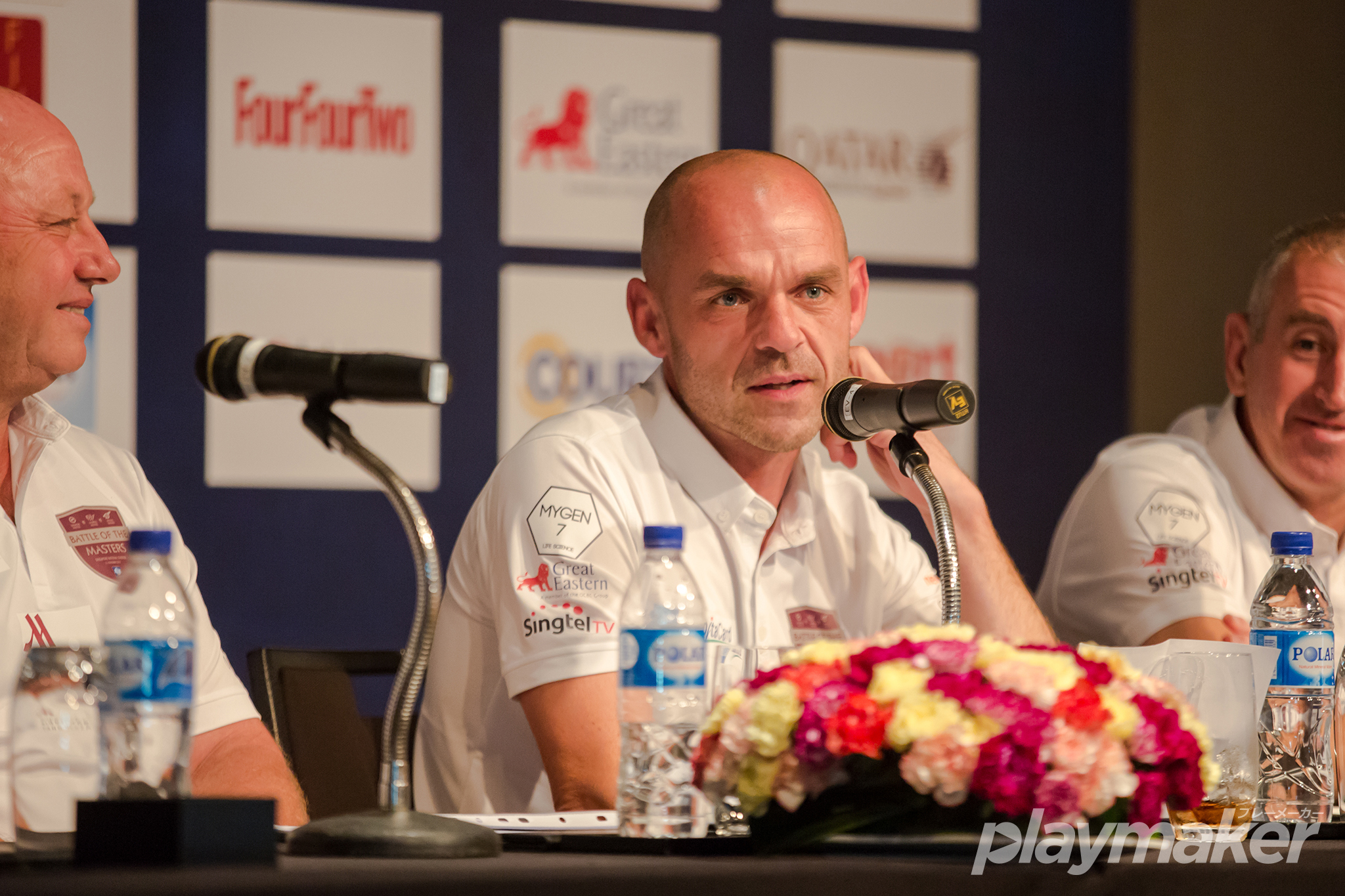 “The one thing with football is that it is competitive, and it doesn’t change over the years. Even as you get older, you will still want to play the game in the same manner. I’ve been working on my fitness, and the others, including the likes of Luis Garcia and Robert Pires, are looking very sharp too. The standard will be good and we are looking forward to it,” shared Danny Murphy, who will be playing for Liverpool Masters this year. 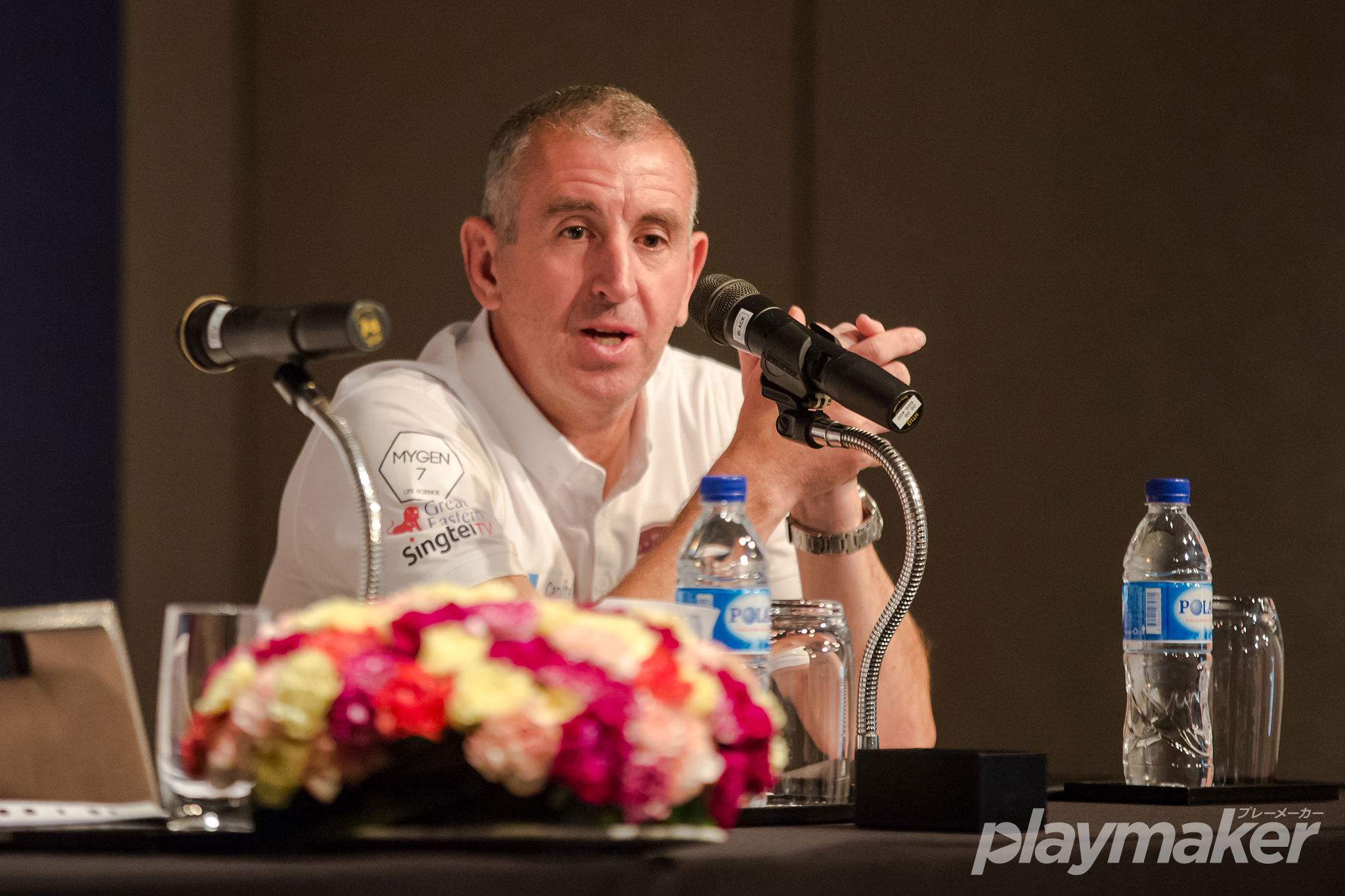 “With Masters Football, it’s going to be friendly before the game but things will change once we hit the pitch. It’s going to get really competitive. I played against Danny (Murphy) just three weeks ago and he’s really competitive!” Nigel Winterburn concurred. This will be Winterburn’s first outing with the Arsenal Masters in Singapore.

“We want to thank all our sponsors, without whom, none of this would be possible. This year, we’re doing something new and bringing a third team to Singapore. The event is designed to give the local community a great day out with their family and friends across any age group; to give the fans something to share and enjoy,” concluded Ian Holahan, Director, Masters Football Asia.

Tickets for Battle of the Masters brought to you by American Express CapitaCard are available atwww.mastersfootball.com and Sports Hub Tix www.sportshub.com.sg/sportshubtix/. Tickets start from $20, Family packages (two adults & two children below the age of 12) are available from $88. All American ExpressCard Members receive 20% off tickets prices. American Express CapitaCard Members also get a chance to win VIP Tickets, Lunch Invites and Kids Soccer Clinic places. For more info, visitpromotions.americanexpress.com.sg. Fans are advised to purchase tickets early so as to enjoy ticket savings and to earn the opportunity to win “money can’t buy” experiences and privileges (see details below).

Event: Battle of the Masters