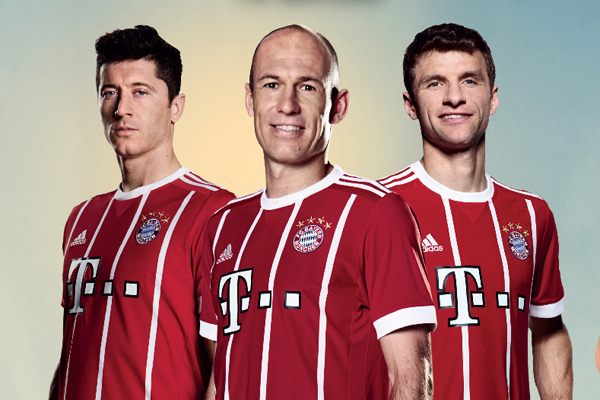 SINGAPORE, 2017, JULY 07 – FC Bayern has announced their squad travelling to Asia for their pre-season tour which includes two matches in Singapore for the 2017 International Champions Cup Singapore (ICC SG). On the list are 18 first team players including Germany World Cup winners Thomas Müller, Mats Hummels and Jérôme Boateng plus top forwards Robert Lewandowski, Frank Ribéry and Arjen Robben. The squad will also include several Reserve and U19 players.

Goalkeeper, Manuel Neuer will not travel with the team as he continues with his recovery after breaking his metatarsal at the end of April. Joshua Kimmich, Sebastian Rudy, Niklas Süle and Arturo Vidal have also been left out the squad after their recent participation at the FIFA Confederations Cup.

Young fans of Bayern will be able to witness these world-class players at minimal cost with the 2017 International Champions Cup Singapore’s Kids Go Free campaign. To encourage quality family time and to inspire the next generation in pursuing sporting excellence, ticket holders will be able to bring their children, grandchildren and friends to the second match, FC Bayern vs FC Internazionale on 27 July, for FREE (limited to 6 children, aged 3 – 12, per transaction, please visit www.internationalchampionscup.sg for more details). Fans who have already purchased tickets for the second match can contact Sportshubtix for more information.

In addition, all ticket holders to any of the three matches of ICC SG are eligible for a Grand Draw that will see the lucky winner walk away with a pair of return airfare tickets to either London, Munich or Milan. Other than the airfare, the winner will also receive three nights accommodation and a pair of passes to watch their favoured Club in action on their homeground in the upcoming 2017-18 season. All ticket holders simply need to enter a contest by naming their favourite team and the names of the players from their team featured in the main event poster. Ticket holders can email their answers and their Sports Hub Tix account number to contest@catalystmedia.com. The contest closes on 18 July at 2359hrs.

Scheduled to take place at the National Stadium July 25, 27 and 29, the ICC Singapore will feature Chelsea FC, FC Bayern and FC Internazionale in a round-robin three-match tournament. The fixtures will mark the first time top-flight European teams play each other in Singapore, which is the only country in Southeast Asia to host a leg of the annual tournament for the next four years (2017 – 2020).