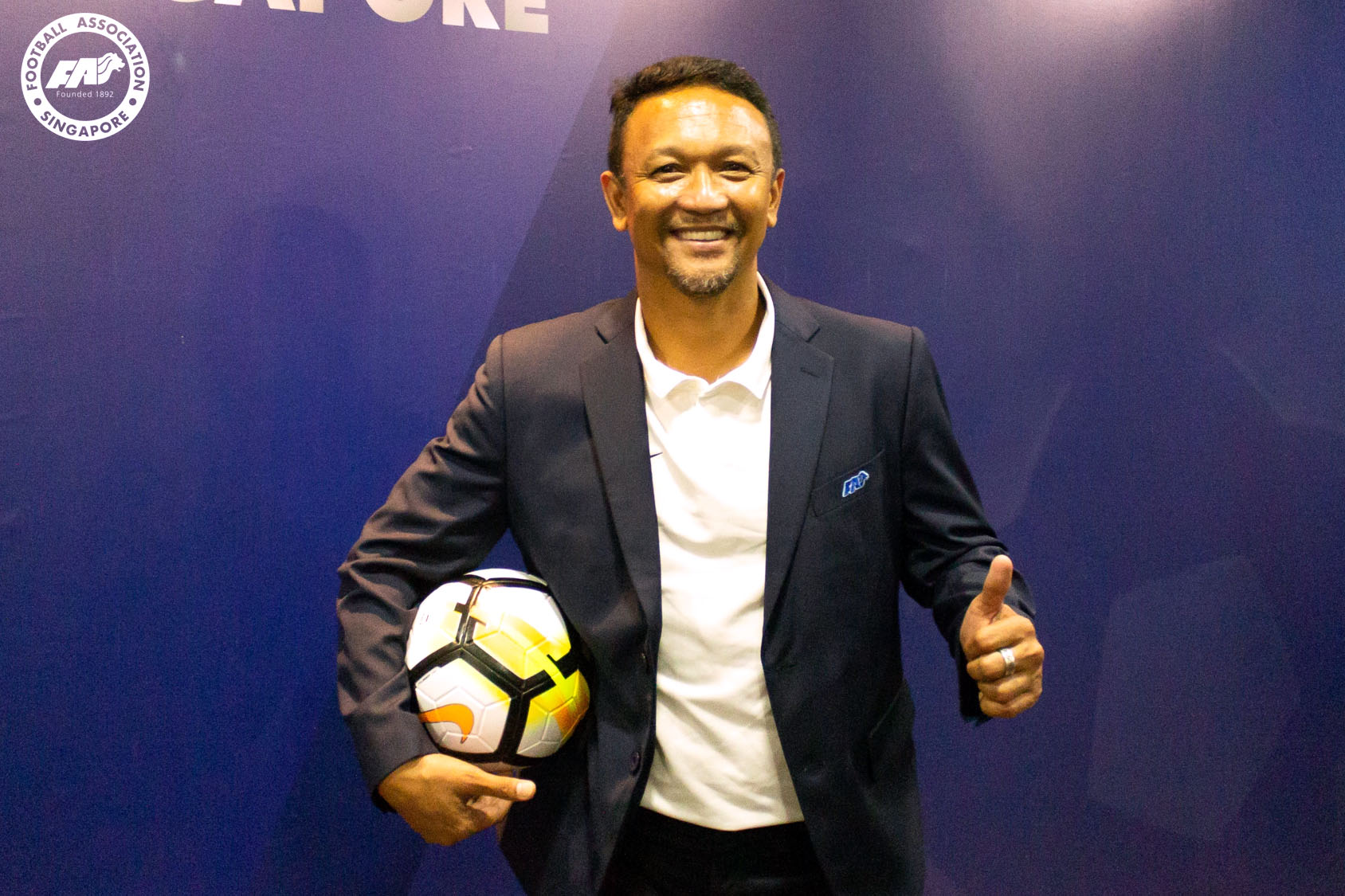 SINGAPORE, 2018, MAY 15 – The Football Association of Singapore (FAS) today announced that Fandi Ahmad will lead the National Team for the 2018 ASEAN Football Federation (AFF) Suzuki Cup. FAS will concurrently continue in its search for the National Team head coach.

Fandi remains as the Young Lions head coach in the Singapore Premier League, and he continues to lead the Under-23 project as well as next year’s Southeast Asian Games and the 2020 Asian Football Confederation Under-23 Championship qualification. Upon the conclusion of the AFF Suzuki Cup, Fandi will continue to work closely with the new National Team head coach to ensure continuity in the development pipeline from the Under-23s to the National Team.

The next National Team head coach will be appointed with a view to build the National Team from the youth level, to ensure that there is structure in place that encompasses player development and a congruent style of play that will build Singapore’s competitiveness in international tournaments in the long-run.

FAS President Lim Kia Tong said: “The FAS Council has a long-term vision and plan for the National Team. We do not want to hurry the appointment of the coach because we want the next National Team coach to be able to bring the National Team to the level we so desire.

“Our appreciation to Fandi for stepping up to lead the National Team for the AFF Suzuki Cup in this crucial period. He will get all the support that he needs to prepare the Lions towards the year-end tournament.”

Fandi Ahmad said: “While the Under-23 National Team remains a crucial project for me, the AFF Suzuki Cup is also a significant tournament for Singapore. Hence, I have decided to take up the responsibility of leading the Lions for the tournament. We have been drawn in a tough group but I believe that the players we have are eager to fight. With two of our games played at home, I also am looking forward to the support from our Home fans to spur the Lions on starting with the match against Indonesia on 9 November 2018.”

Singapore is drawn in Group B in the 2018 AFF Suzuki Cup and will face Thailand, Indonesia, Philippines and the winner of the qualification round. The Lions will play the first match at home against Indonesia on 9 November 2018.