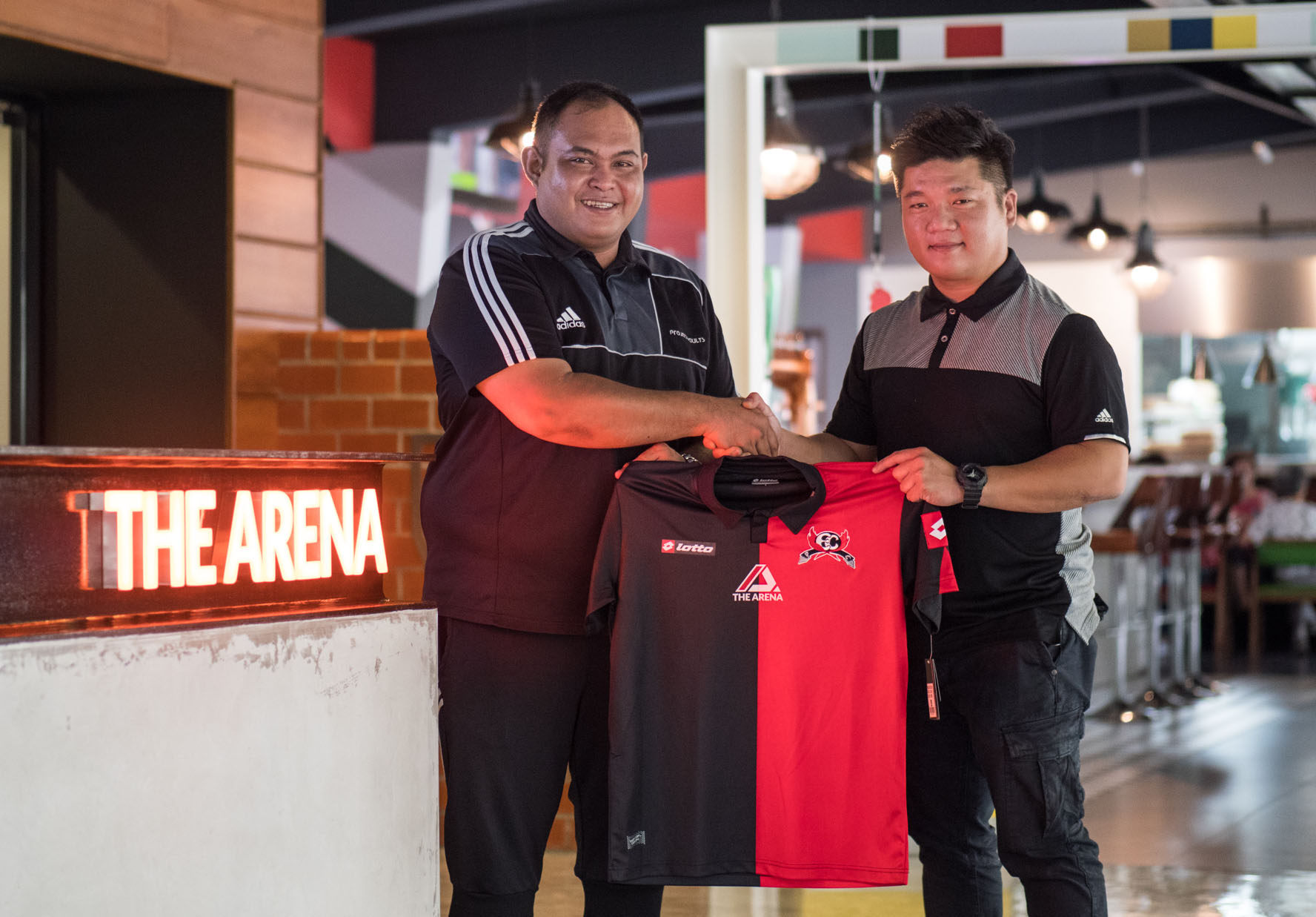 SINGAPORE, 2017, APRIL 20 – Reigning champion of the National Football League (NFL), Eunos Crescent Football Club (ECFC) receives a huge boost as they unveil their new sponsor, The Arena, ahead of the new NFL season this weekend.

The Arena is home to several football pitches, including one 11-a-side pitch, two 7-a-side pitches and three 5-a-side pitches, which are installed with FIFA Quality Pro Ultrasport™ 60mm artificial grass. Highly recommended by the top clubs in Europe for its performance and durability, The Arena is the first and only facility in Singapore using such quality turf. The Football Association of Singapore (FAS) has inspected the facilities and given its seal of approval for The Arena to be ECFC’s official homeground.

“We are pleased to be a sponsor of ECFC as part of our efforts in supporting local football and giving back to the community. ECFC did a great job last season and we hope that with the quality pitches and facilities provided by The Arena, it will further motivate the team for the upcoming NFL season,” said Simon Tan, Managing Director of The Arena.

“We are sincerely grateful that The Arena has agreed to provide their facilities for our training and home games. This is a huge boost for the club as we are recruiting youth players for our COE & Prime League team for 2018. With a place to call home, it motivates the players to work hard to retain our title and create a conducive environment for the development of our youth team,” said Darwin Jalil, Team Manager of Eunos Crescent Football Club.

Jonathan Xu, the Club Captain added, “It is truly a blessing for us that an esteem organization like The Arena is willing to boost the prospects of NFL with this move. Although we are just an amateur outfit, to have a place like this would enable us to focus more on football rather than worrying about where to train.”

The amateur football club aims to play in the S.League in the near future and have recruited former Singapore Internationals including Indra Sahdan and Tengku Mushadad to boost their playing ranks and assist in mentoring the under-18 team.

ECFC kicks off the new NFL season with their first game against GFA Sporting Westlake on Saturday.