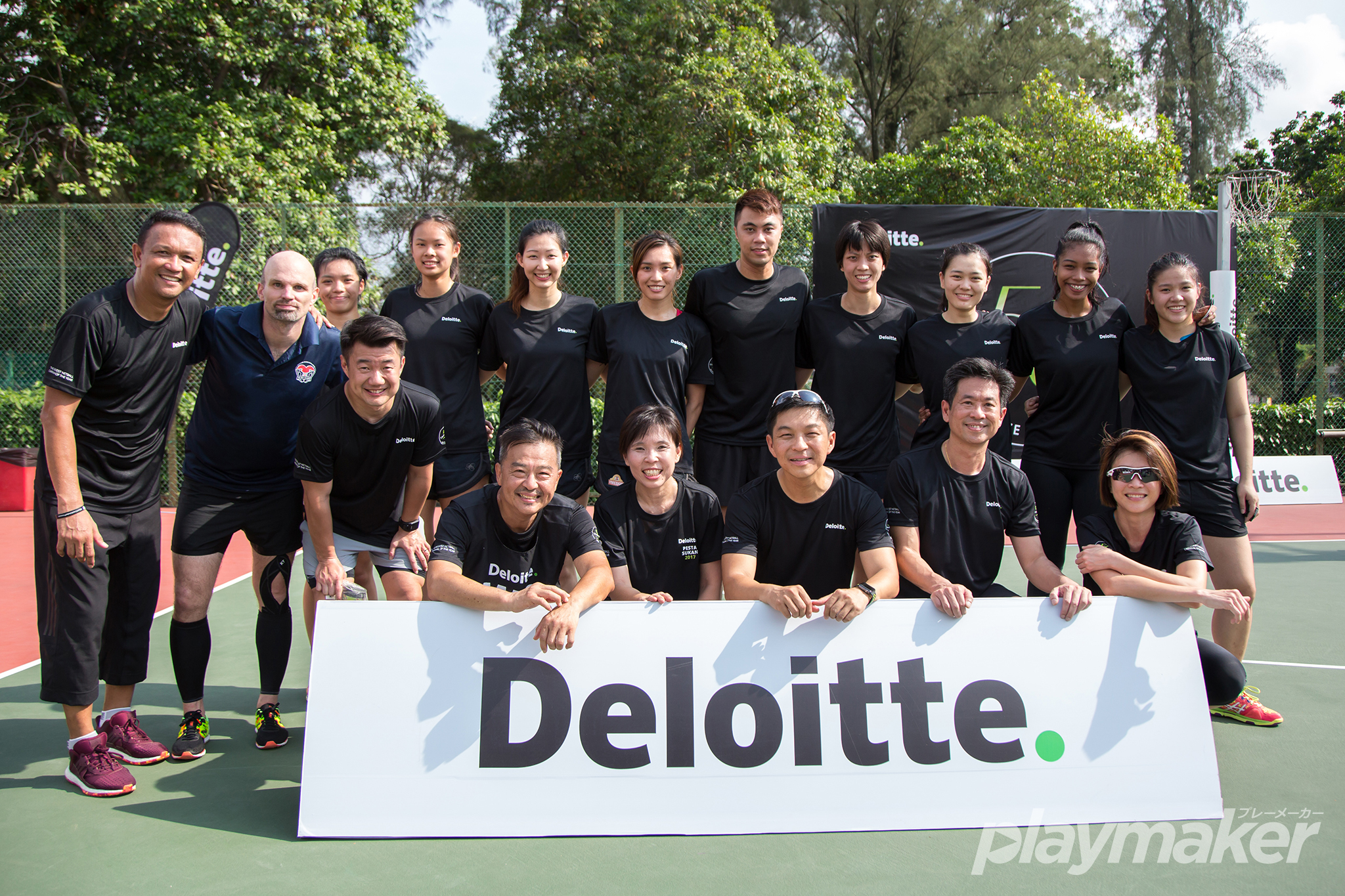 Member of Parliament and Netball Singapore President, Ms Jessica Tan and CEO of Deloitte Southeast Asia and Singapore, Mr Philip Yuen played in the charity exhibition game at the Kallang Netball Centre. Joining them were sporting legends Fandi Ahmad and Lionel Lewis who swapped the football for a netball as well as media personalities Wong Li Lin, Paul Sng and Clement Chow.

The charity exhibition game raised S$13,000 with Deloitte donating S$500 for each of the 26 goals put in during the match.

The event also coincided with the Deloitte 5000 for 50 charity endurance run, a Partner-led initiative held in celebration of Deloitte Singapore’s 50th anniversary in which they completed 5,000km in 50 hours with the goal to raise funds for the Metta Welfare Association. Over 400 Deloitte employees and their clients ran in this event which started on 3rd August. The run concluded at Kallang Netball Centre during the Deloitte Pesta Sukan at 9.30am on 5th August. 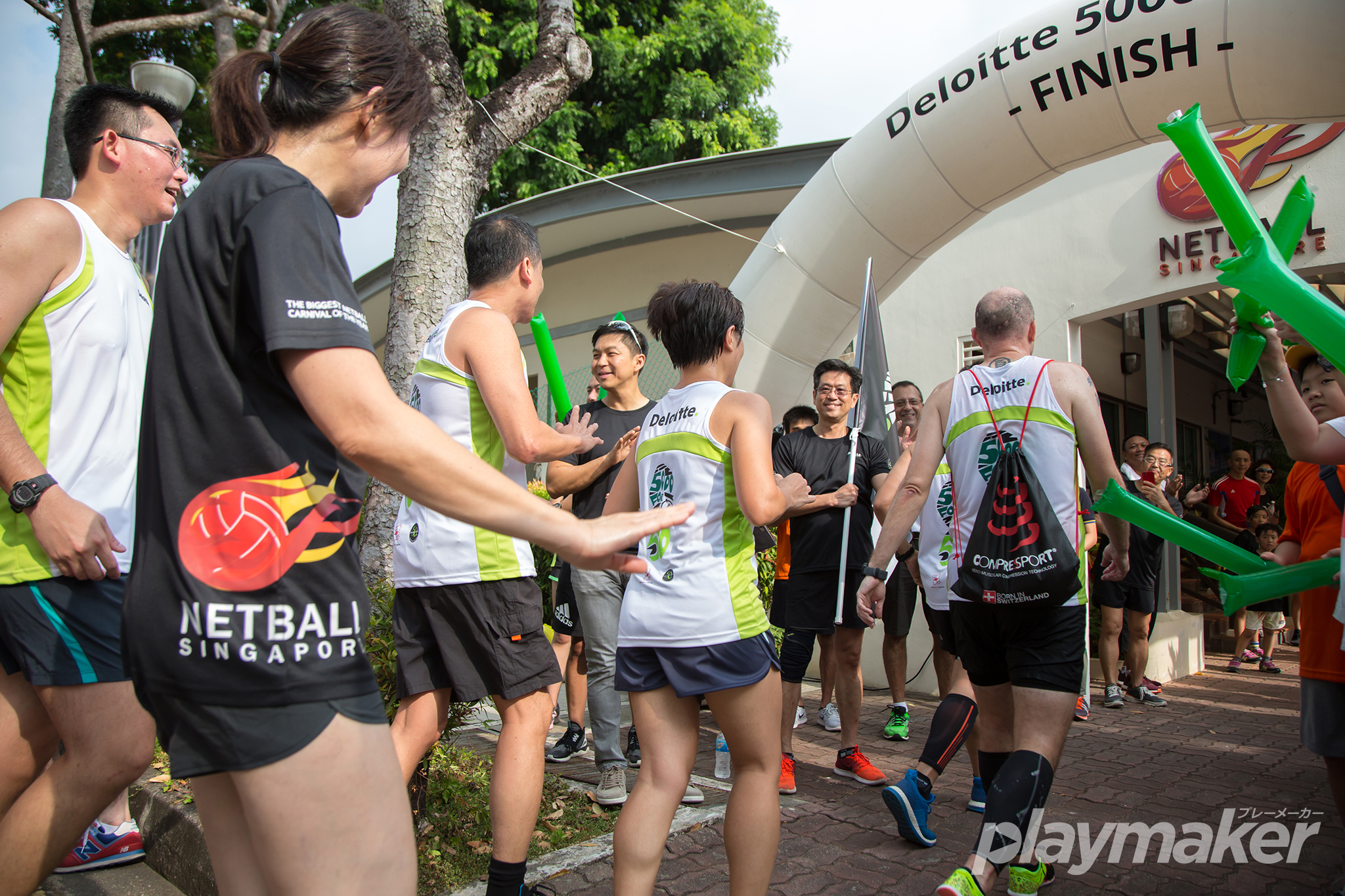 Through the donations from the participants of the Deloitte Pesta Sukan, proceeds from the charity match and Deloitte 5000 for 50, a total of S$50,000 was raised for Arts@Metta, an initiative by Metta Welfare Association, which aims to help youths with special needs develop as artists under a sustainable framework.

Ms Jessica Tan, Member of Parliament, and President of Netball Singapore said, “The Deloitte Pesta Sukan has been going from strength to strength and it is great to see the event well participated. I would like to thank Minister, the sporting legends, media personalities, our National players and the netball community for coming together to raise funds for the underprivileged.” 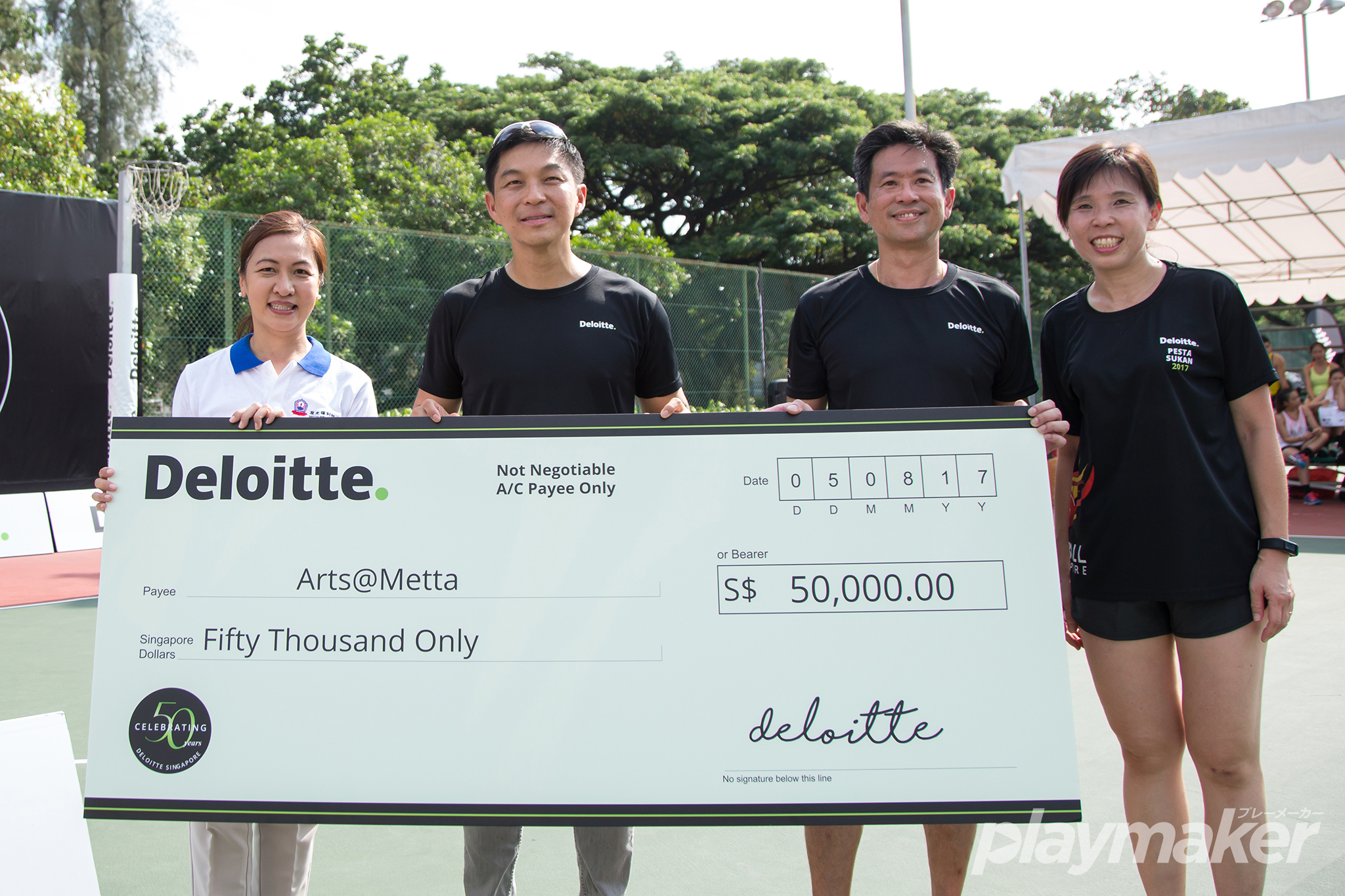 “Deloitte Pesta Sukan and the Deloitte 5000 for 50 charity endurance run events have allowed many to be a part of our Golden Jubilee celebrations and brought the community together to get active and live better through sports. We are very touched that our staff and their family, clients, friends and even the public – have showed up to support the Deloitte Partners in achieving an ambitious goal of running 5,000 km in 50 hours. We are also thankful for those who joined our netball charity exhibition match to help us raise a total of $50,000 for Arts@Metta.” shared Mr Philip Yuen, Chief Executive Officer, Deloitte Southeast Asia and Singapore.

“We are proud that this is our 50th year of calling Singapore home. At Deloitte, we are led by our purpose: to make an impact that matters, and it is this purpose that defines who we are, binds us together and drives us to put our passion, determination, and skills to good use for the benefit of our community.” added Mr Yuen.

“We are delighted to be selected as the beneficiary by Deloitte in celebration of their 50th anniversary. Through the collective support of Deloitte’s partners, staff and the community, the funds raised will provide opportunities to youth with special needs to be gainfully employed through the creation of artisanal craft.” said Ms Felicia Wee, Deputy Executive Director, Metta Welfare Association.