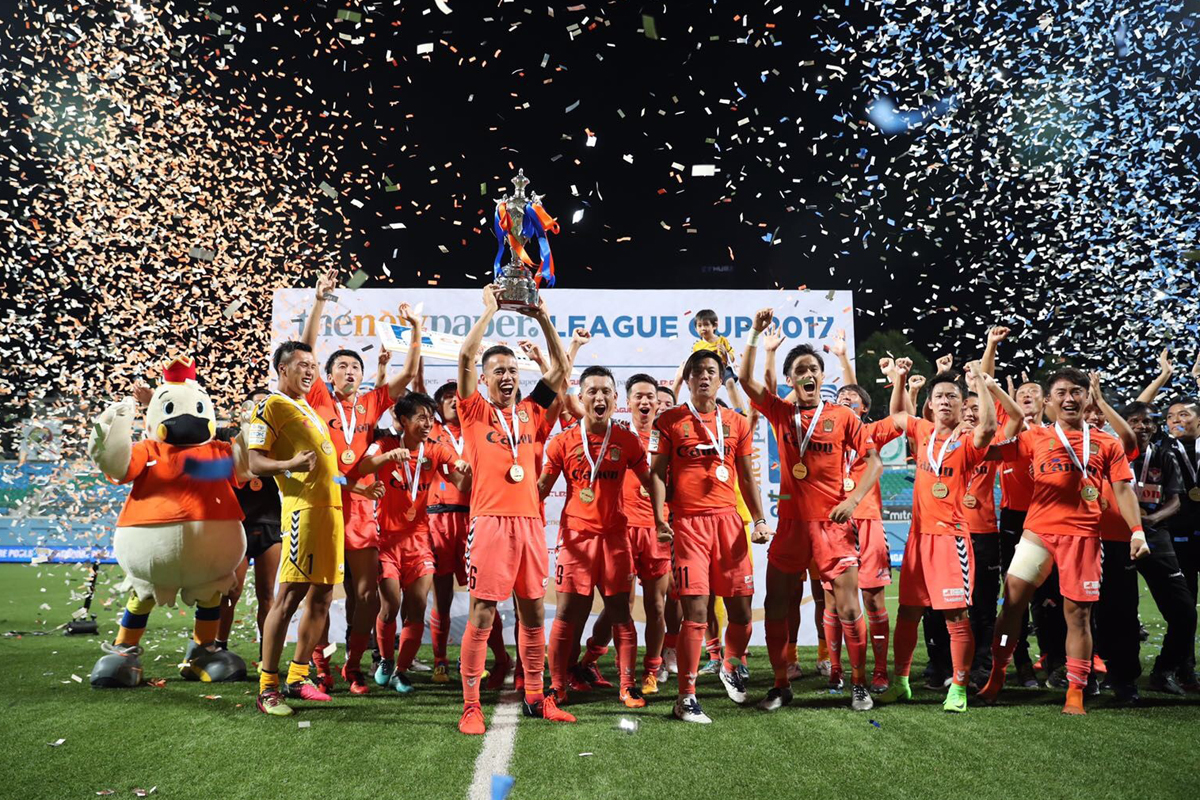 Jordan Webb‘s 82nd minute penalty was the closest either team came to breaking the deadlock in the 90 minutes, but Yosuke Nozawa guessed correctly to save his spot-kick before Shahril Ishak lashed the rebound over the bar.

The White Swans managed to carve out a narrow victory in extra-time thanks to a Tsubasa Sano goal in the 110th minute, but there was more late drama as Ridhuan Muhamad thought he had rescued a draw right at the death, before the linesman ruled it out for offside.

Mr Bernard Tan said: “Congratulations to Albirex Niigata for winning the TNP League Cup 2017 tonight for a record fourth time. It has been an exciting tournament, with some surprise results showing the magic of this Cup competition. Thank you to The New Paper for supporting the League Cup once again, and especially to all the fans for coming down to support the teams.”