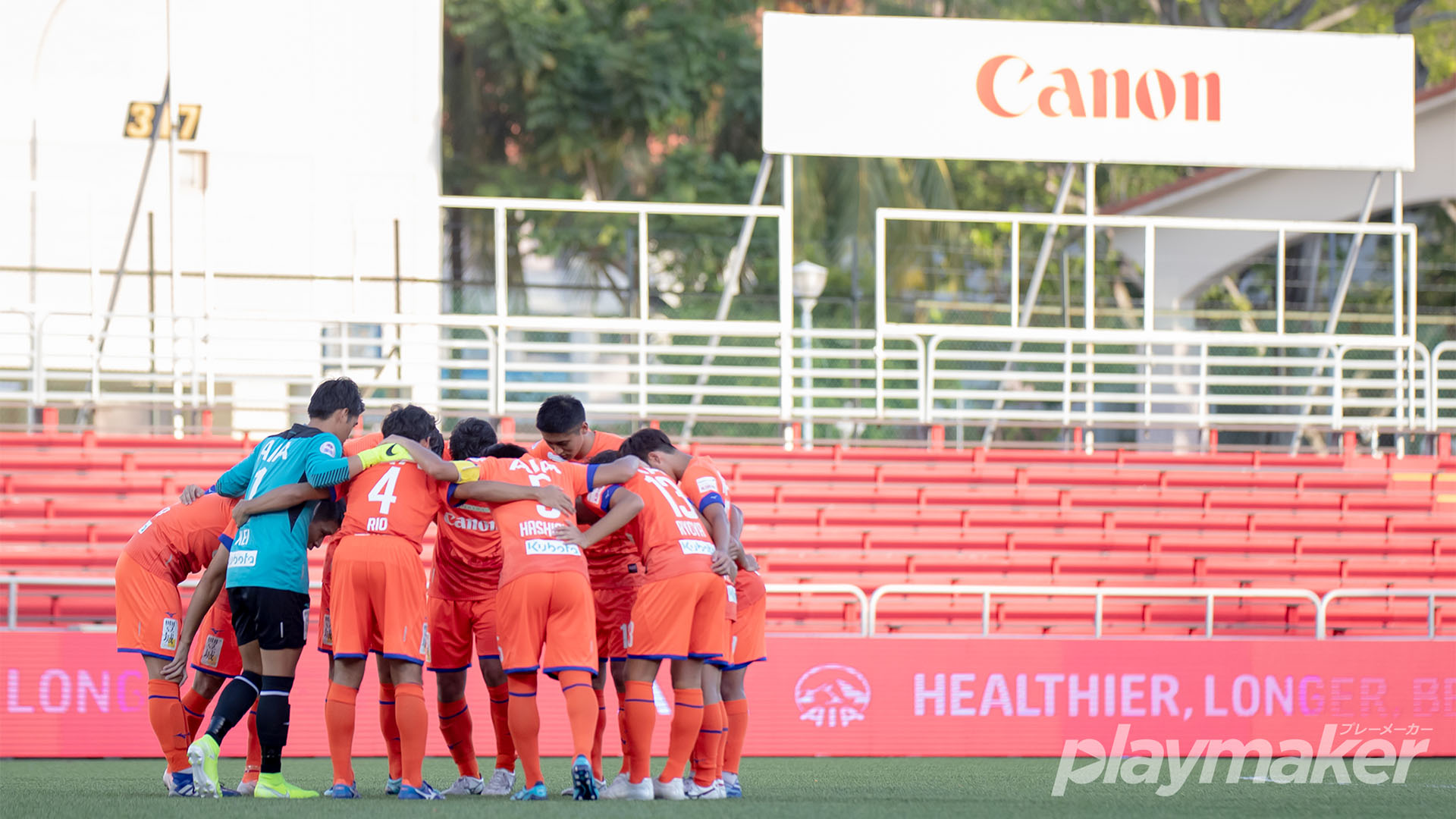 SINGAPORE, 2020, OCTOBER 14 – With the 2020 AIA Singapore Premier League (SPL) season set to resume this weekend on 17 October, the Football Association of Singapore (FAS) will be implementing strict protocols to ensure the safety of all match-day personnel.

These measures, as advised by the Health Promotion Board (HPB), Ministry of Health (MOH) and Sport Singapore (SportSG), will be in force starting this Saturday, when Tanjong Pagar United FC play Balestier Khalsa FC at Jurong East Stadium, and Tampines Rovers FC take on Hougang United FC at Our Tampines Hub.

As part of preparations for the restart, a total of 223 players from the eight local-based clubs and SPL match officials underwent the polymerase chain reaction (PCR) swab test and all tested negative. These tests will be conducted every two weeks for the same group of personnel. Should there be a positive test result arising from any of these tests, the affected individual will be required to immediately self-isolate and subsequently follow the relevant Standard Operating Protocols established by MOH.

Anyone who has travelled out of Singapore in the last 14 days prior to a match, or who has been in contact with anyone who is COVID-19 positive or serving a Stay-Home Notice will also not be allowed to take part in the upcoming match.

All matches will be played behind closed doors with only essential match-day personnel to be present onsite. This includes players and team officials from participating clubs, match officials, FAS officials, home and away club officials, medical personnel, match-day operations personnel, and broadcast and media personnel.

In order to avoid unnecessary congregation of persons at any point of the match venue, entry for these essential personnel will be staggered across a five-hour period prior to kick-off for every match. Similarly, departure after every match will also be controlled across a one-hour period after the final whistle.

At each of the five match venues (Bishan Stadium, Hougang Stadium, Our Tampines Hub, Jurong East Stadium, Jurong West Stadium), there will be five match-day Zones: Broadcasting, Stand (staggered areas in spectator stands), Entrance, Official Area (tunnel, dressing room) and Field of Play. Access to these zones will be controlled in order to prevent inter-mingling.

All match-day personnel will be required to mask up for the entire duration of time they are at the venue, with the exclusion of players and match referees when they are in action during the match and warm-up activities.

Gerard Christopher, Chief (General Secretary’s Office), FAS, said: “The FAS has worked closely with the relevant authorities in developing these protocols and we would like to especially express our gratitude and appreciation to the Ministry of Health, Ministry of Culture, Community and Youth and Sport Singapore for their invaluable assistance. It is imperative that every single person involved on match-days upon the SPL’s resumption strictly adheres to these protocols, as they are necessary in order to safeguard the well-being of everyone. As the first local professional league competition to be allowed to resume, the FAS recognises the responsibility it bears to ensure that the League is able to function as smoothly and safely as possible, with the inherent safety measures.”

AMENDMENTS TO LAWS OF THE GAME

Several amendments have been made to the Laws of the Game for the remainder of the 2020 SPL season in order to be aligned with leagues across the world. One such example is the temporary amendment to the rule on player substitutions. During each remaining match of the season, each team will now be permitted to utilise a maximum of five substitutes. Teams will be allowed a maximum of three substitution opportunities during the first and second halves of the match. Any substitutions made during half-time will not count towards the three opportunities given but will still go towards the five substitutes count.

Mandatory water breaks will also be introduced in each match for the rest of the season. The water breaks are designed to help players, as they return to the full rigours of matchday action after close to seven months of non-competitive football. There will be two water breaks per match – one at the 25th minute-mark and the other at the 70th-minute mark. Each will last 60 seconds, and players will have to utilise personalised bottles.

As announced, the format of the tournament has been revised to two rounds from the original three, meaning that each club will face each other only twice. This year’s Singapore Cup has also been annulled in order to facilitate the league’s completion.

Following the first two matches on Saturday between Tanjong Pagar United and Balestier Khalsa, and Tampines Rovers and Hougang United, there will be two more matches the next day. On 18 October, Lion City Sailors FC face Geylang International FC at Bishan Stadium, and the Young Lions host Albirex Niigata FC (S) at Jurong West Stadium to complete the weekend’s action. All four matches will kick off at 5:30PM.

While SPL fans will not be allowed into the stadium venues, they will still be able to catch the action LIVE as every match will be broadcast on Singtel TV, StarHub TV and myCujoo as well as streamed online via the SPL and 1 Play Sports Facebook pages.

The SPL season will pick up from where it left off with Tampines Rovers at the top of the standings with nine points from four games, followed by Geylang International and Albirex Niigata (S) with six and five points respectively from three games each.