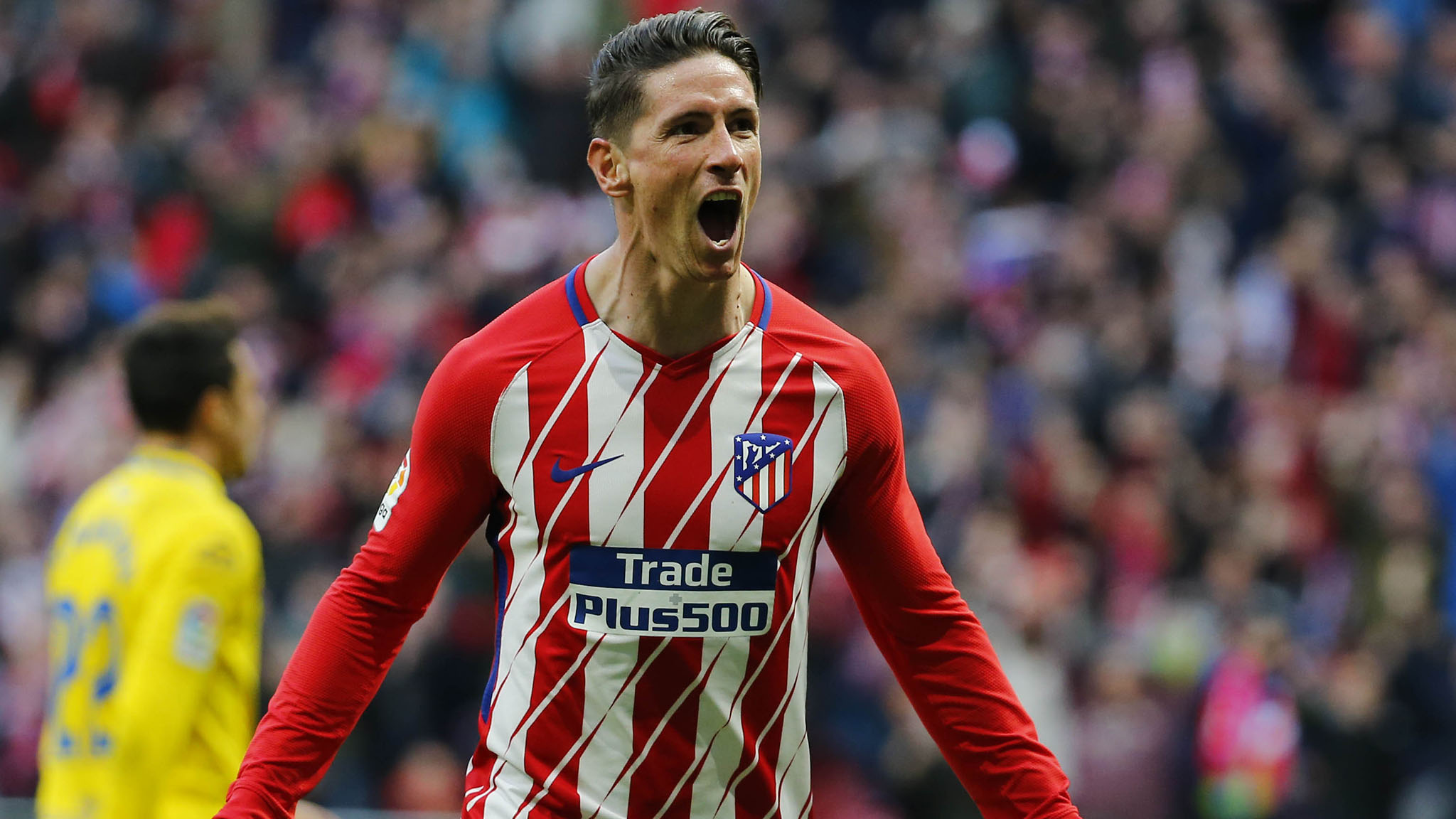 As he prepares to leave Atleti for a second time, it’s hard to think of a more iconic player in club history.

Fernando Torres left Atlético Madrid once before, to complete a transfer to Liverpool in 2007. The striker subsequently returned to Atleti in 2015 – he was welcomed by a frenzied crowd of almost 45,000 inside the club’s old Vicente Calderon stadium – yet two and a half years later he’s preparing to leave once again. This time it’s for good. His last game will be this weekend against Eibar, and there are bound to be tears as he waves goodbye.

From supporter to starter

Thanks to the zeal of his grandfather, the freckly kid from Fuenlabrada grew up supporting Atlético and was thrilled when offered the chance to try out for Los Rojiblancos in 1995 aged just 11. Although he was a little nervous before the trial, he played brilliantly and the scouts put a grade of 11 out of 10 next to his name. He was signed up.

Torres was so special that he made his first-team debut at the age of 17, when Atlético were fighting for promotion back to the top flight of LaLiga in 2001. Wearing a No. 35 shirt that was far too large for his skinny frame, the player soon nicknamed El Niño – ‘The Kid’ – was substituted on for the final half hour of a match against Leganés. He was the youngest player to debut for the club to date and the Atleti-Torres love affair was born. He helped his team to a 1-0 win and, before long, promotion the following season as a regular starter.

By 2003/04, Torres had been made the club captain as the longest-serving member of a squad with high turnover. He strapped on the armband for the first time aged just 19 years, four months and 12 days. He was an important leader and a goalscorer during his captaincy, so much so that he earned a well-deserved move to Liverpool in 2007. 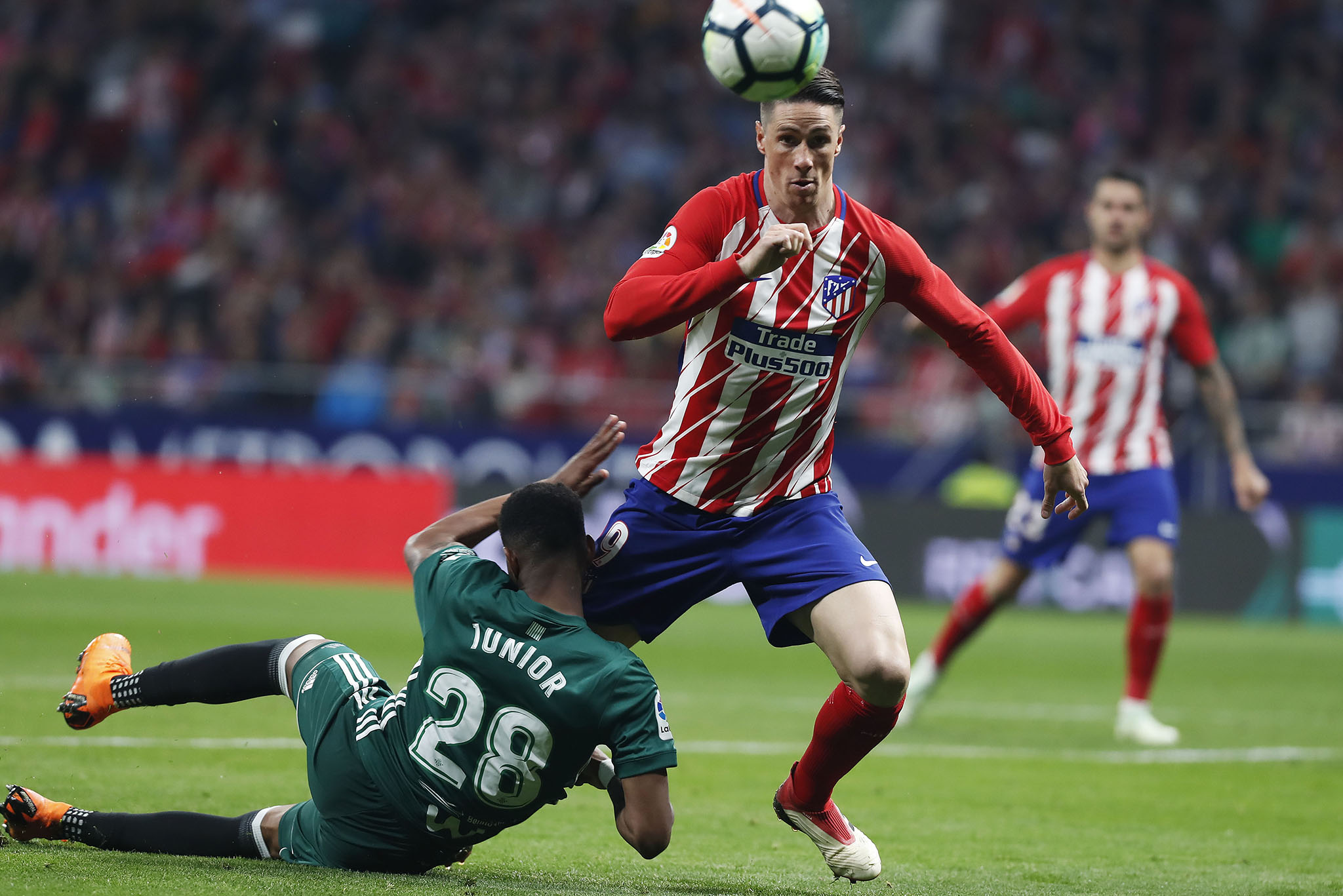 An onlooker for the glory years

Quite cruelly for Torres, it was only after he left that the team began to compete for trophies, thanks in large part to the arrival of Diego Simeone, his former teammate, in 2011. Though Torres may not have won much as an Atleti player – despite his international profile and third place finish in the 2008 Ballon d’Or voting for the best player in the world – his legacy at the club is intact regardless of how many trophies he has lifted.

For many, he is the club’s favourite son. He came through the ranks, lifted them out of the second division and stayed loyal during some tough years. His commitment to the cause drew respect and admiration from Atleti fans all over. Not only will he be remembered for scoring more than 100 goals for the club, many of which were simply sublime, but supporters will also recall his determination and desire to win.  Over the years, they have loved nothing more than to passionately sing his name to the tune of ‘Can’t Take My Eyes Off You’.

Atlético fans were especially thrilled about Torres’ international successes, as they reflected so well on the club’s academy. It was something to be proud of that a graduate of the Atleti academy scored the winning goal at Euro 2008, helped set up Andrés Iniesta’s goal in the 2010 FIFA World Cup final and also netted in the 4-0 victory over Italy in the Euro 2012 final.

“Looking at the reality and at the circumstances, maybe this is for the best,” said Torres of his imminent departure. Maybe so, but Atleti fans will miss him dearly once he’s gone.