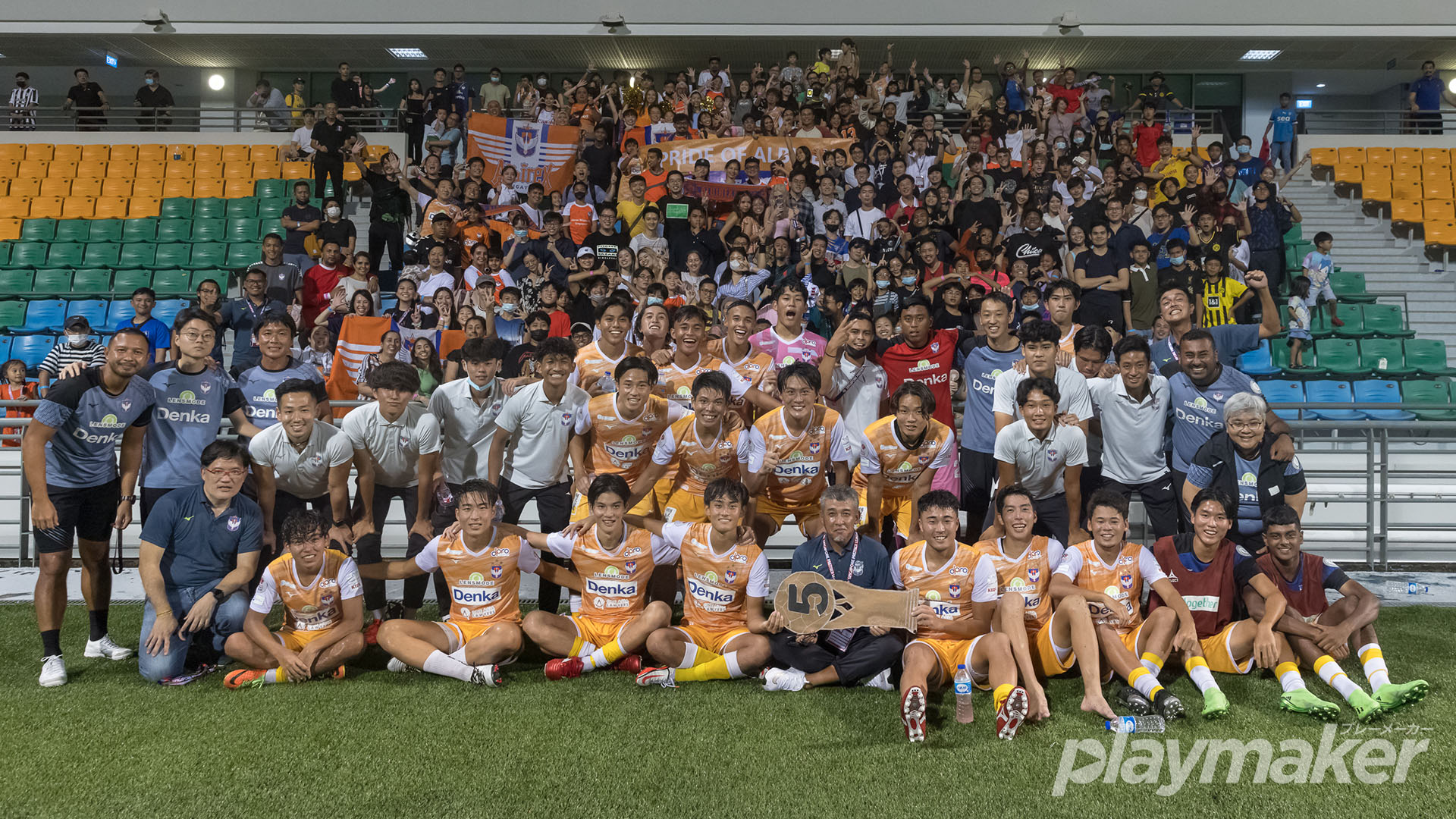 The Japanese side headed to Jalan Besar Stadium four points clear of their second-placed opponents, meaning that a victory would seal their fifth league title with two matches left in the season.

It was an occasion that Albirex rose to in style by edging a 4-2 thriller over 95 breathless minutes, spearheaded by a hat-trick from Kodai Tanaka. A superb volley from Ilhan Fandi on five minutes broke the deadlock, before Kim Shin-wook drew the defending champions level in the 16th minute. Tanaka, 22, then stole the show with strikes in the 37th, 78th and 93rd minute to seal the win and render Gabriel Quak’s 84th-minute penalty a mere consolation.

The final whistle sparked joyous scenes for Kazuaki Yoshinaga and his charges, who added to their previous four league triumphs in 2016, 2017, 2018 and 2020 to draw level with Tampines Rovers FC on league titles, second only to Warriors FC’s nine. The result capped a remarkable late surge by the White Swans, who had not ended a Matchweek top of the standings until Matchweek 24.

They enjoyed a remarkable scoring record from prolific forward Tanaka, whose fifth treble of the campaign brought his tally to a league-leading 31 goals in 26 matches. In doing so, the Japanese player became the first player to reach the 30-goal mark since Mislav Karoglan finished with 33 goals for Singapore Armed Forces FC in 2011. He was able to count on a stellar supporting cast comprising the likes of Ilhan, Tadanari Lee, Masaya Idetsu, Kumpei Kakuta and Masahiro Sugita throughout the season. It is a third Singapore league title for Yoshinaga, who led them to glory in 2017 and 2018 as well.

For the Lion City Sailors, it was disappointment as they failed to defend the league title that they won for the first time last season. The result confirmed their second-place finish and a spot in the qualifying play-offs of the East Region for next season’s Asian Football Confederation (AFC) Champions League.

The other three matches of Matchweek 26 will take place over the next two days and could potentially see Tampines Rovers seal third place if they beat Hougang United FC and other results go their way.

All fixtures, results and standings can be found at www.spl.sg.