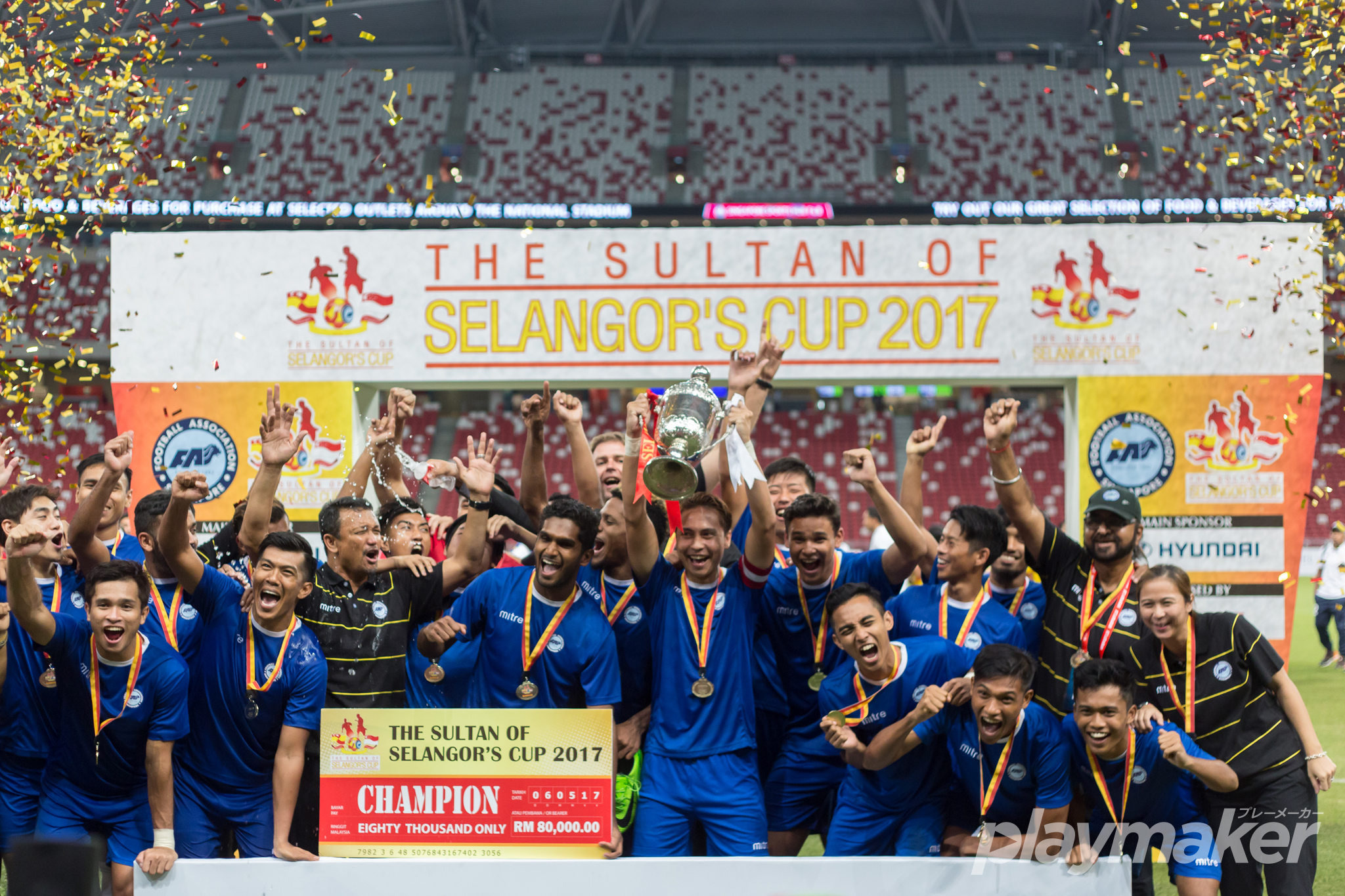 SINGAPORE, 2017, MAY 07 – The Singapore Selection yesterday equalled Selangor’s win record in the Sultan of Selangor’s Cup and lifted the Cup for the seventh time after defeating the Selangor Selection 3-2 in front of 25,619 fans. In the opening match of the day, Singapore Sports School beat Selangor Combined Schools 3-2 in a penalty shootout to take home the inaugural Singapore-Selangor Schools Challenge Cup, after the match ended 1-1 at full-time. The traditional curtain raiser match between the Singapore Veterans and Selangor Veterans ended in a 0-0 draw, with both teams being crowned joint winners.

Khairul Nizam opened the scoring in the 11th minute of the main match, heading in a sweet cross from Yasir Hanapi to give the Singapore Selection am early boost. There were further chances for the Singapore Selection, before Yasir again popped up with an assist in the 44th minute. He threaded a through ball to Shakir Hamzah to poke home and give the home side a perfect ending to the first half.

Malaysian international Safee Sali almost pulled one back for the Selangor Selection seven minutes into the second half, but skied his penalty. The pendulum swung the other way in the 60thminute when Faris Ramli made no mistake from the spot, giving the Singapore Selection a 3-0 cushion.

However, the Selangor Selection then scored two goals in the 63rd and 77th minute through Safee Sali and Gonzalo Soto to reduce the arrears, with an exciting final 10 minutes as both teams traded attacks. Their goals proved to be too little too late in the end though, and the match ended 3-2 in the Singapore Selection’s favour.

The Sultan of Selangor’s Cup 2017 Results