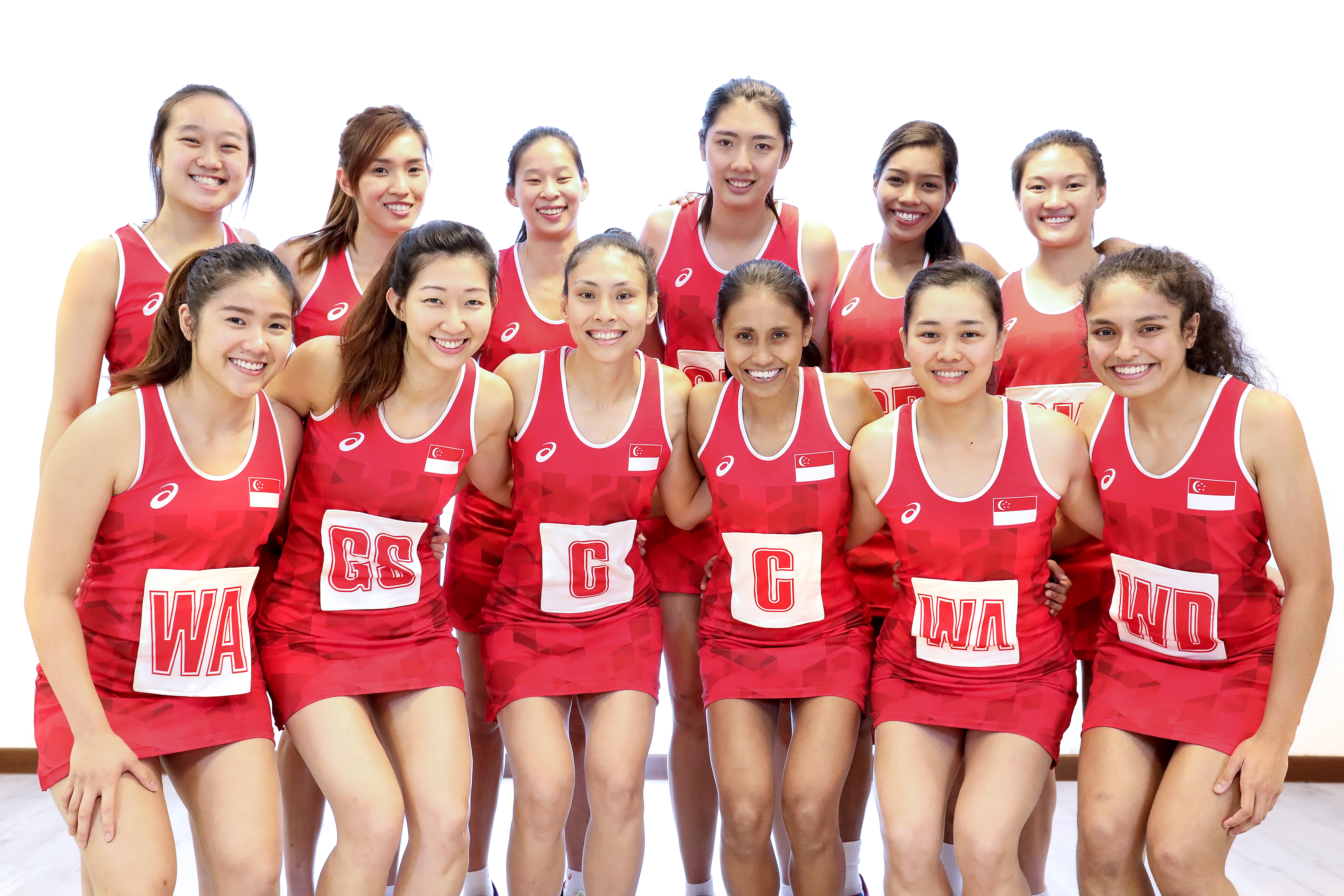 SINGAPORE, 2017, JUNE 30 – Netball Singapore is pleased to announce the 12 players who will fly the nation’s flag at the 29th SEA Games Kuala Lumpur 2017 when the netball event begins from 14 to 20 August. The leadership trio in Vanessa Lee, Nurul Baizura and Charmaine Soh will guide the team in defending their title at the Juara Stadium, Bukit Kiara, KL.

The final team was selected from an initial squad of 24 players following the conclusion of the M1 Netball Super League (NSL) on 29 April 2017. The squad was then trimmed to 14 players for the training tour in Belfast, Northern Ireland from 17 to 25 June where they played in Summer Quad Series against world number 11 Northern Ireland, world number 12 Barbados and world number 24 Ireland, before the selectors decided on the final 12 players. Singapore finished 3rd in the competition with Soh picking up the Player of the Quad Series award.

The 2017 SEA Games team line-up boosts a mixture of experience and exciting youth talent. 5 of the players were part of the team at the 2015 SEA Games which won the gold medal. The team also include newcomer Toh Kai Wei who plays as a shooter.

Toh caught the eye of Yeo Mee Hong, Coach of the National Team for the SEA Games, during the M1 NSL and did well at the Belfast training tour to win her spot in the team.

In their final preparations for the KL 2017, Netball Singapore will be bringing in defence specialist coach and former Silver Ferns Coach, Yvonne Willering over the first weekend of July to work with Yeo and the team on defensive strategies. The team will also travel to Hamilton, New Zealand from 21 to 29 July for a training tour where they will link up with former National Coach, Ruth Aitken.

Commenting on the team selection, Yeo said “The entire squad has been very motivated and driven in trainings and on tour and the selectors had some difficult decisions to make in selecting the final 12.Everyone, including the new members have been stepping up and I believe that the team has the right mindset for the upcoming SEA Games. The team is getting seasoned and have been showing a lot of promise. We will be using the next six weeks to fine-tune and refine the team and we are looking forward to a good showing.”

Five countries have confirmed their entries – Brunei, Philippines, Malaysia, Thailand and Singapore. While Singapore has last played and beaten Malaysia narrowly by 46-43 at the SEA Games 2015, Malaysia is the reigning Asian Champions after winning the 2016 Asian Netball Championships. Singapore finished 3rdafter Malaysia and Sri Lanka in the tournament.

Speaking of the team’s chances, Captain Vanessa Lee said “It is not going to be easy playing Malaysia on their home ground as they have very boisterous supporters so we certainly hope that fellow Singaporeans will travel to KL to support us at the tournament.  We’ve been training together for a while now and we are confident that we have what it takes to step up to perform to our potential, and we hope for a positive performance at the SEA Games.”

Ms. Jessica Tan, President of Netball Singapore, urged Singaporeans to show their support at the KL 2017, “Mee Hong has been the second-in-charge for several years under the previous national coaches and has achieved great successes with the team. I’m confident that she has what it takes to lead the team to success at the KL 2017. The team has been working hard and is very motivated to do their best for Team Singapore.  I look forward to Singaporeans supporting our team in our quest for Gold.

Following the conclusion of the SEA Games, the Opens squad will regroup and go through another series of selection trials for the Mission Foods Nations Cup 2017 which takes place in Singapore from 3 to 9 December. Singapore will also host the Asian Netball Championships, the qualifier for the Netball World Cup in 2018.