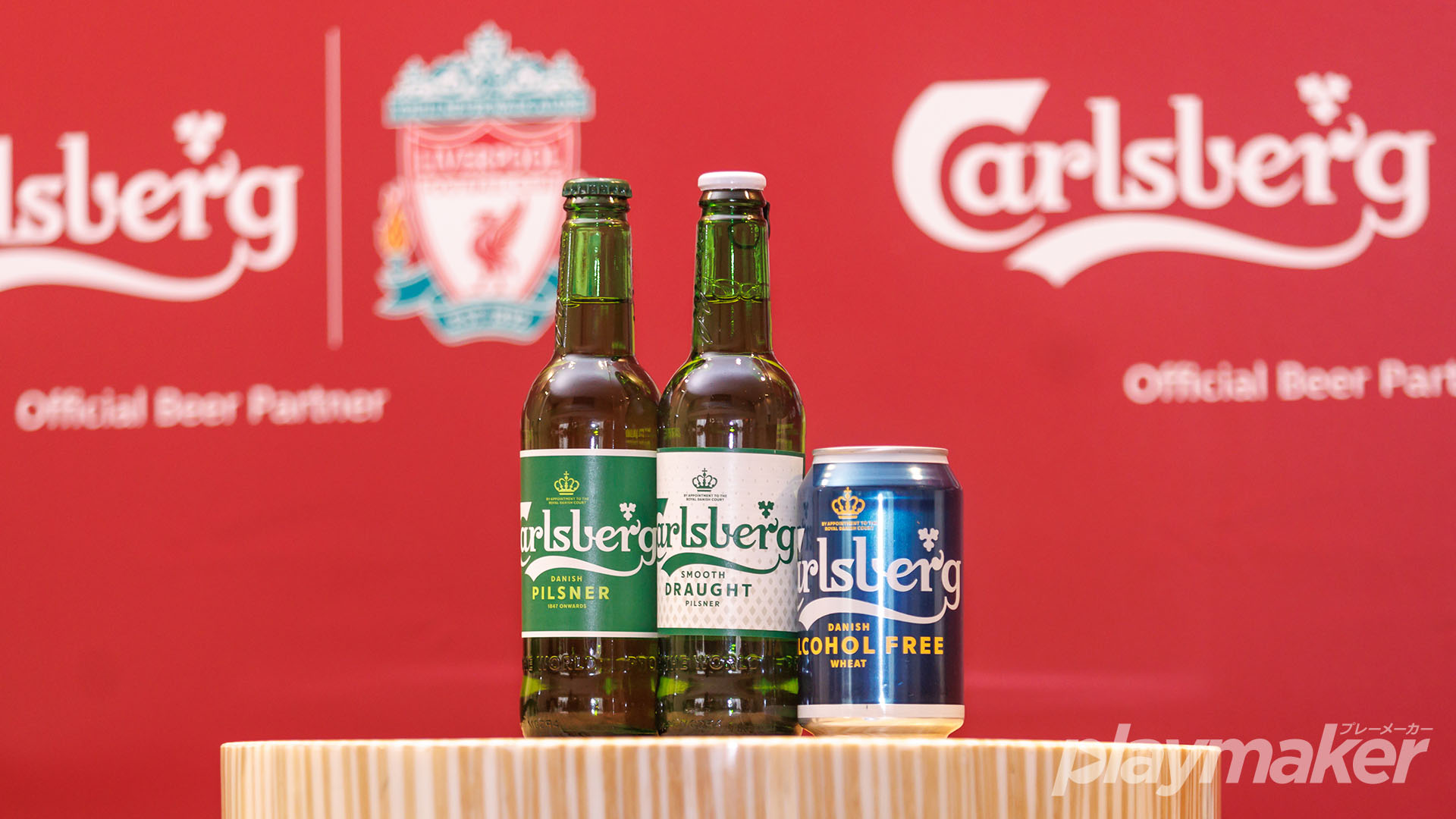 SINGAPORE, 2022, JUNE 14 – A main sponsor of Liverpool FC since 1992, Carlsberg organised an exclusive closed-door session with beloved Liverpool FC’s first team players – Fabinho and Thiago Alcântara, specially for its dear fans, customers, and VIPs at The Ritz-Carlton – in anticipation of the Reds’ long-awaited pre-season match against Crystal Palace in Singapore, the first in 13 years since the club last visited in 2009!

The brand’s collaboration with the iconic club is one of the longest standing partnership and sponsorship in the English Premier League. Always striving to remain at the heart of meaningful experiences of consumers, Carlsberg’s brews have accompanied Liverpool FC fans through legendary moments; and have brought fans together from around the world through these shared moments, over a Carlsberg beer.

Elaborates Louise Bach, the global spokesperson for Carlsberg’s partnership with Liverpool FC, “We are proud to have built such a deep-rooted relationship over more than two decades with one of the most supported football clubs worldwide, and this is so meaningful to us as Liverpool FC holds a huge following of our consumers across the key regions of Western Europe, Eastern Europe, and Asia – making this partnership the perfect platform for us to bring unforgettable Carlsberg experiences to our customers around the world.”

More photos from the event can be found here.