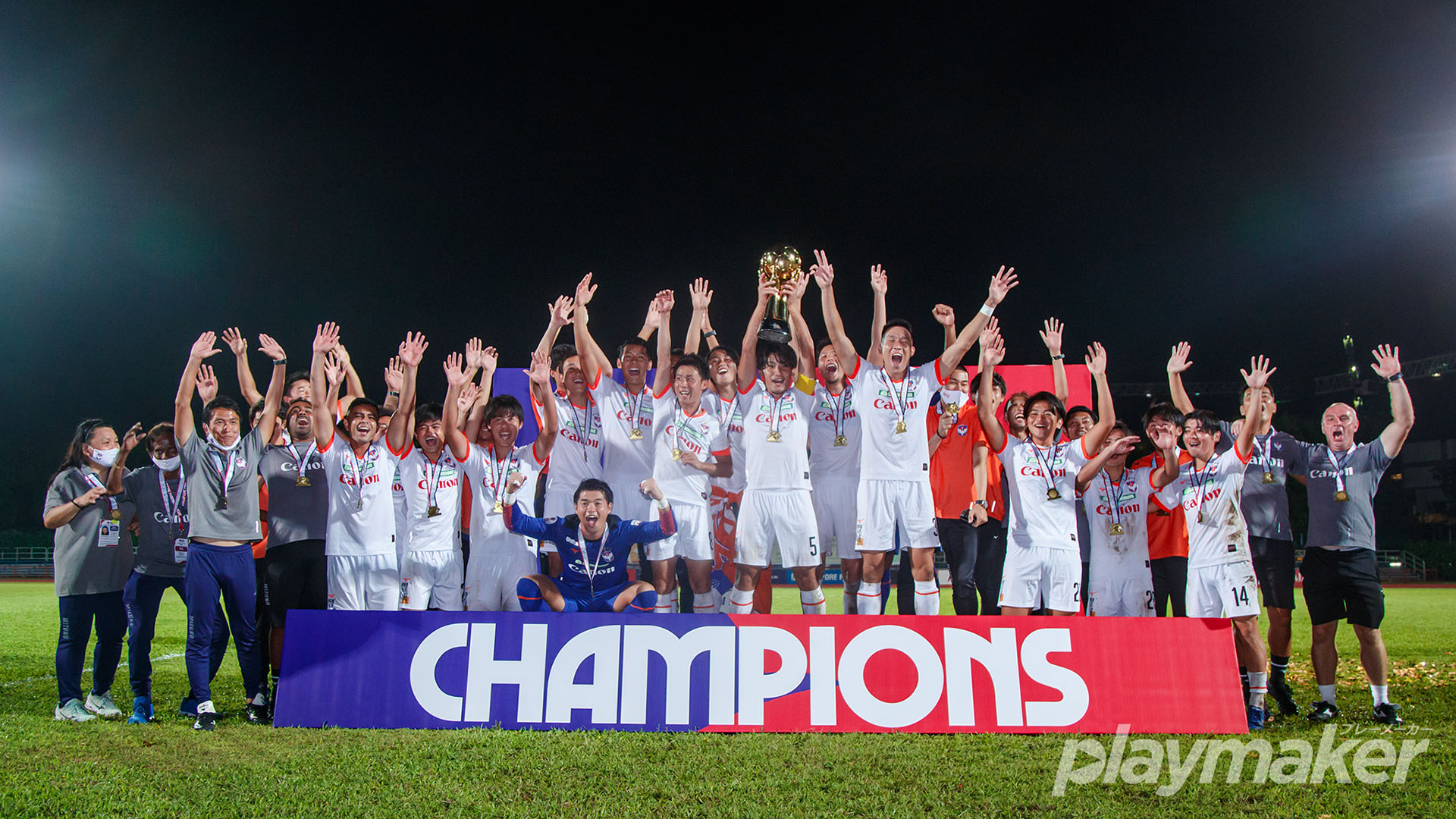 The White Swans, who headed into their match against Hougang United FC with a one-point advantage, sealed their fourth league crown with a 1-0 win at Hougang Stadium. Ryoya Taniguchi’s strike in the 53rd minute separated the sides and proved to be a title-winning one.

The triumph marked Keiji Shigetomi‘s first since taking charge last year and is Albirex’s fourth in five years, having also won in 2016, 2017 and 2018. Tomoyuki Doi bagged 11 goals to lead his team first past the finishing line, alongside stellar performances from the likes of Kazuki Hashioka, Ryosuke Nagasawa and Hiroyoshi Kamata.

Albirex’s win meant Tampines Rovers FC had to settle for second place, which saw them qualify directly for the 2021 Asian Football Confederation (AFC) Champions League (ACL) group stage. The Stags went into their Eastern Derby against Geylang International FC knowing that their title fate was out of their hands, although they were assured of a top-two finish following Wednesday’s 1-1 draw against the Lion City Sailors FC.

Gavin Lee’s men ended their final home game with a 1-1 draw at Our Tampines Hub, where Barry Maguire’s 24th-minute header was cancelled out by Baihakki Khaizan’s 80th-minute goal. It was a second consecutive runner-up finish for the Stags, who won the last of their five league titles in 2013 and have since recorded five second-place finishes, including tonight. They will become the first Singaporean club to participate in the ACL group stage since Singapore Armed Forces FC (now Warriors FC) in 2009.

Geylang’s draw saw them finish fourth in the SPL and join the Sailors as Singapore’s two representatives in the 2021 AFC Cup. It is the Eagles’ highest finish since 2017, when they also placed fourth and the third time they will play in the AFC Cup after appearances in 2004 and 2010. Mohd Noor Ali’s side displaced Balestier Khalsa FC, who ended one point behind in fifth after losing 5-2 to the Sailors in their final game at Bishan Stadium.

The fourth match of the night saw the Young Lions triumph 4-2 against Tanjong Pagar United FC to finish seventh, while the Jaguars finished eighth.

The match between Tampines and Geylang at Our Tampines Hub also saw fans return to a stadium for the first time since SPL matches were played behind closed doors on 14 March. The pilot test, which saw a maximum number of 200 fans allowed for the match, included the mandatory Antigen Rapid Test (ART) to be taken by attending fans prior to being admitted to the stadium. Mr Yazeen Buhari, General Secretary of the FAS, said: “We are pleased to see that the pilot test to have fans return to the stadium in a safe manner, took place successfully and smoothly. Full credit goes to all the personnel on the ground, who ensured that the entire process was as seamless as possible. Most importantly, it was evident that the fans enjoyed the atmosphere in a thoroughly enjoyable match. We hope this will help pave the way for more spectators to be allowed back at other sporting venues in the future.”

With the Singapore Cup annulled, tonight’s matches marked the conclusion of a season that was truncated from three to two rounds in view of the coronavirus pandemic. Sailors star Stipe Plazibat finished as the top scorer with 14 goals, team-mate Gabriel Quak recorded the most number of assists with seven and Albirex goalkeeper Kei Okawa collected the most number of clean sheets with eight.